The list of German politicians whose lives have been threatened by right-wing extremists is growing longer. Berlin has unveiled plans to tackle the problem, but critics say the changes need to be made now. 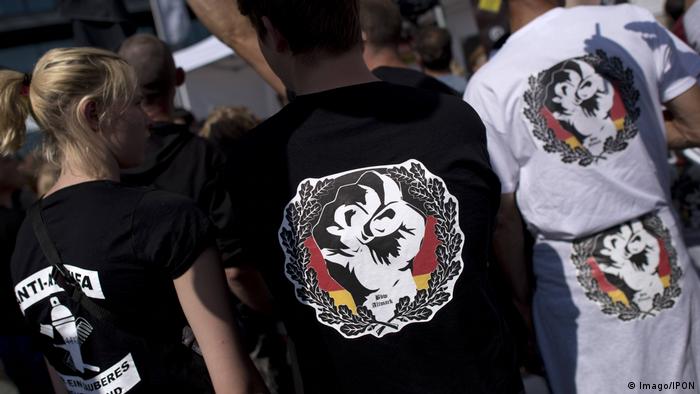 Politicians from across Germany's political spectrum are calling on Chancellor Angela Merkel's government to swiftly act on its plans to combat right-wing extremism and hate crimes, according to several reports published Monday.

The calls for change came after news that former Green party heads Cem Özdemir and Claudia Roth were sent death threats by a neo-Nazi group — the latest in a long list of federal, state and local politicians who have been threatened in recent weeks.

Thorsten Frei, the vice chairman of Merkel's conservative parliamentary group in the Bundestag, said he plans on getting the government's extremism-fighting packet passed into law soon.

"We will now do everything in our power to ensure that it is quickly adopted by parliament," he told Die Welt newspaper.

The government's plans include measures to combat hate speech and right-wing extremism online, including requiring social media companies to give German authorities the IP addresses of users who have been flagged for posting hate speech and other criminal content.

"Whoever incites and threatens online must be pursued more harshly and effectively in the future," Stephan Mayer, the parliamentary secretary of the Interior Ministry, told the Passauer Neue Presse newspaper.

Greens parliamentarian Renate Künast told Die Welt that she backs the government's plans to combat right-wing extremists "but it would be even better if these [plans] became laws soon and if they were to be enforced soon."

She added that right-wing extremist groups pose a particular danger, as they are prepared to act on their threats.

"With the murder of Walter Lübcke and [the attack] in Halle, we've seen that right-wing extremists actually carry out death threats," she told the paper.

In October, two people were killed when a right-wing extremist tried to storm a synagogue in the eastern German city of Halle. In June, Walter Lübcke, a pro-immigration regional politician with Merkel's Christian Democrats (CDU), was shot and killed by a neo-Nazi extremist.

Read more: 'You are a racist,' Germans tell AfD politician

Konstantin Kuhle, domestic affairs spokesperson for the business-friendly Free Democratic Party (FDP), described a "dramatic" rise in the number of threats and even attacks on public officials.

Speaking to Die Welt, Kuhle warned that politicians should not be turned into "fair game" to be hunted by extremists, and that police should more clearly communicate with victims about the threats.

"This shouldn't apply only to high-ranking politicians, but for every mayor and local politician," Kuhle said.