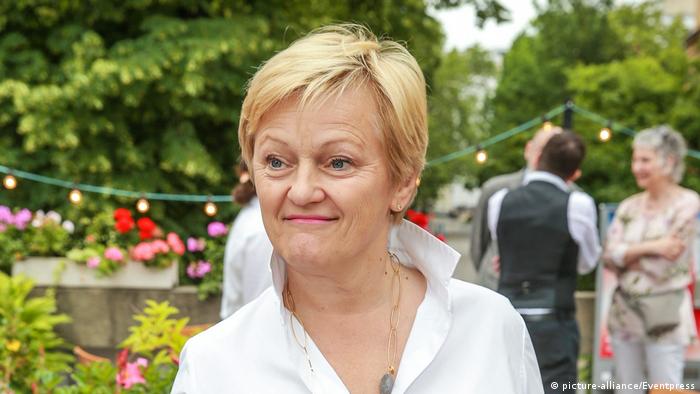 Greens parliamentarian Renate Künast has condemned a ruling by a Berlin court that deemed online comments calling her a "piece of shit" and an "old, filthy Green pig" as allowable in certain contexts, saying that she would appeal.

"The ruling by the district court sends a catastrophic signal, particularly to all women on the internet, as to what treatment women should put up with," she told German news agency dpa in comments published on Thursday.

In her suit, Künast had tried to gain permission for Facebook to release personal data on 22 users so that she could take legal steps against the writers of the derogatory, profanity-laced comments, her lawyer, Severin Riemenschneider, told the news agency.

But the court ruled that the posts, including those calling for her rape, did not constitute a "defamation of the complainant and thus not insults."

From an old debate

The incident that led to the online comments goes back to 1986 when Künast made a remark in parliament seen as indicating her support for the demand by some fringe regional Green politicians for the legalization of sex with minors. She has rejected the accusations as a misunderstanding and is documented as having never supported such a demand.

According to the Berliner Morgenpost newspaper, Künast's comment was posted and has since been deleted by a right-wing online activist on Facebook, where more users left derogatory comments about the politician.

The ruling said of these comments that no "abuse can be presumed when the utterance occurs in the context of a factual dispute."

Künast, who has served in the past as food and agriculture minister, has vehemently contested the court's opinion.

"Where is society going when all these kinds of comments have to be borne as permissible statements of opinion?" she said, adding that they endangered democracy by deterring people from going into politics.

A number of editorials in German newspapers have also slammed the ruling, with the Kölner Stadt-Anzeiger calling it outrageous.

"The judges' ruling is not least incredible because political and legal attempts have been made recently to prevent it," adding that all of these attempts would be in vain "if legal prosecution ends like this."