Volunteers are fighting to save some of Europe's last virgin forest by painstakingly mapping areas under government protection. But they say a change of mentality is needed if the EU is to set an international example. 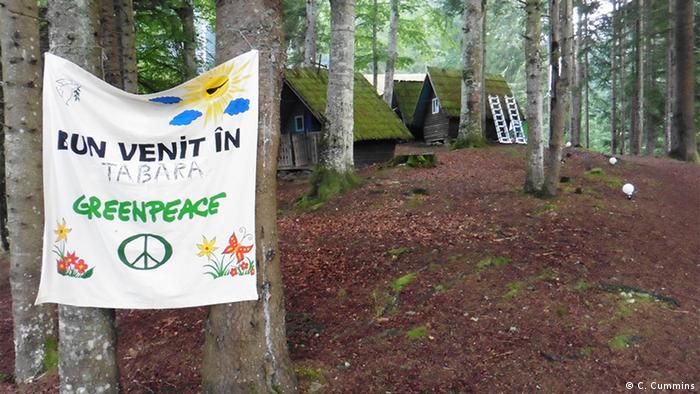 Volunteers emerge from canvas tents and wooden huts. They have spent the night in a clearing a little way above Vidraru, an elongated lake where early morning mist rises against the ancient Carpathian forest that sweeps down to its shores.

The team groggily queues at a field kitchen for a hearty breakfast of coffee and Romanian zacusca - a spread of eggplant and tomato. They'll need their strength, for they will head up the steep slopes of the Făgăraș Mountains to help Greenpeace map 845 hectares of ancient forest.

"They are virgin or quasi-virgin forests where there has been either no human impact or minimal impact," explains Marina Barbălată, project leader at the "Romanian Forest Rescue Station," and director of Greenpeace Romania.

"They are most valuable forests in Europe in terms of their conservation value. We have to act now to protect them, or they will be lost forever." 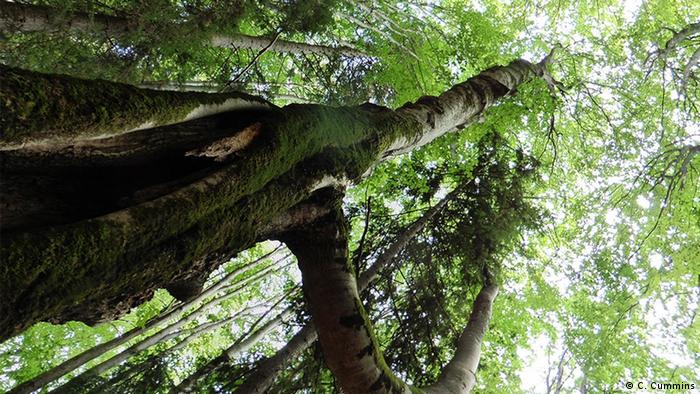 Romania's intact forests offer a glimpse into an unspoiled past

A threat to national security

On a continent that has already destroyed most of its true wilderness, these last pockets are disappearing fast. "Our estimate is that we are losing three hectares of forest an hour due to illegal logging and other forms of degradation," Barbălată says.

Environmentalists blame lax protection, organized crime and corruption. And it's a matter of major public concern. In May last year, thousands of people marched through ten Romanian cities calling for government action to protect the forests.

The government responded by classifying illegal logging as a "threat to national security." That meant stiffer penalties and more forest guards.

It also set up the Romanian National Catalogue of Ancient and Old-growth Forests. To organize protection effectively, the authorities need records of where the ancient forests begin and end.

"The government has asked the public and nongovernmental organizations to submit areas of forest that still qualify as primary forest according to official criteria, so that they can be put off-limits," explains Gesche Jürgens, a forestry expert at Greenpeace Germany. 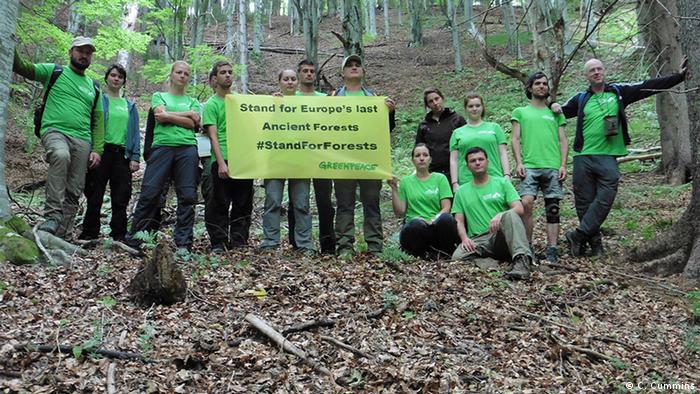 The Greenpeace volunteers camping by Lake Vidraru, a four-hour drive northeast of Bucharest, must follow a strict methodology. They mark out sample plots of half a hectare to represent a wider area, measure the diameter and height of each tree, and document any animal nests or burrows.

It's a painstaking process - but vital for the future of these forests, say volunteers.

"I'm here because I am the father of two young sons and I want my sons to live a decent life, breathing clean air," says Laurentiu Radu, one of the 15 or so Romanians in the 30-strong team.

"I want them to have what we have. But if we continue to chop down the trees, there will be nothing left but pollution."

There are beech trees, silver fir, Norway spruces and Sycamores. Under their shade, the ground is moist - even though the rest of Romania has been suffering from drought. The rotting wood of fallen trees teems with insect life. 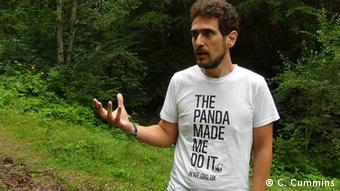 Magor Csibi, a conservationist from WWF Romania, has joined the team for a day. He says this is how Europe must have looked 30,000 years ago.

"It is a perfect ecological system with all the means it needs to protect itself," Csibi says, explaining that the dense variety of species and the natural cycles of death, decay and rebirth make these forests far more robust than their cultivated counterparts.

Industrial forests, consisting mainly of a single, saleable timber type, can be devastated by pest attacks. But left to their own devices, Csibi says, these virgin forests would look exactly the same in another 10,000 years.

Today, the team is working a particularly tough patch of uneven and untracked terrain.

"One of the reasons this area remained pristine is because it is so inaccessible," Jürgens laughs. "The first thing we tell the volunteers to put on their kit list is good hiking boots."

They are also armed with special measuring instruments and GPS devices mounted on sticks. It's hard work - but the volunteers are in good spirits. 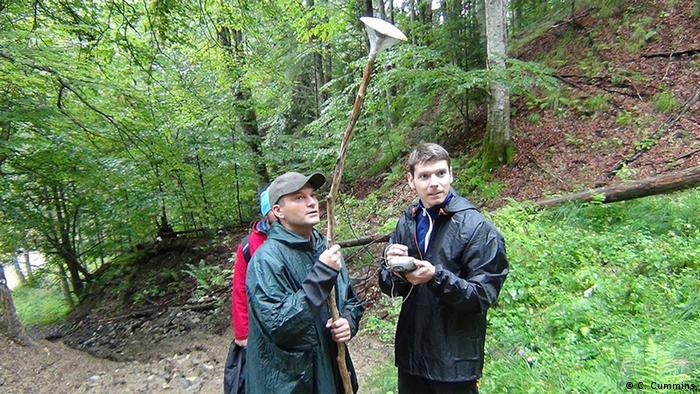 Every plot they map will be guaranteed protection under Romanian law, once the database goes online in the next six months. But such efforts will only be able to document a small fraction of the country's virgin forest - meaning this is only part of the solution.

Forests for the future

"We need a change in mentality," says Andrea Rosetti, a volunteer from Transylvania. "After this camp, all the volunteers should go back to their communities and explain how important this issue is."

It's important not because these forests are unique and irreplaceable. They also represent a test of the European Union's international credibility, Jürgens argues.

"Worldwide, we are asking countries such as Brazil, Indonesia or the nations of the Congo Basin to protect their primary forests," she says.

"But if Europe is not willing to protect the few remaining jewels of its national heritage, how can we expect those other countries to do that?"

Ever considered buying a forest?

The idea of buying a forest sounds about as realistic as buying an island, but the Remscheid-based project 'Wald 2.0' gives everyone the chance to have a bit of their own woodland. All for the common good.   (10.10.2016)

There are over 1,500 forest kindergartens in Germany. We follow one child’s typical day, playing in the woods and learning about nature - without a plastic toy in sight. (16.09.2016)

Poland has begun felling sick trees in the ancient, first-growth Bialowieza forest in the country's northeast. Much of this pristine wilderness is a national park and UNESCO heritage site - a rarity in Europe. (25.05.2016)