Ever considered buying a forest?

The idea of buying a forest sounds about as realistic as buying an island, but the Remscheid-based project 'Wald 2.0' gives everyone the chance to have a bit of their own woodland. All for the common good. 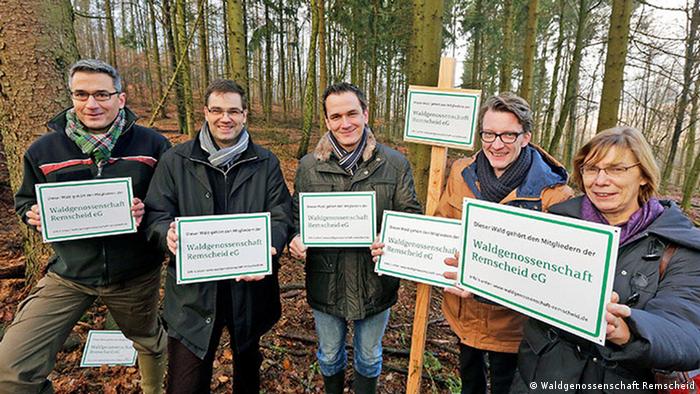 On paper, Remscheid is a city of 100,000 residents, but that's not the way it feels. Surrounded by woodland on all sides, it is lush and green and home to Germany’s first citizen-owned forest.

The story began at the Remscheid office for forestry, where Markus Wolff serves as municipal forestry director, a job he likens to that of a moderator.

"They must strike a balance of interests between a prudent use of our valuable resource wood, conservational interests, and recreational purposes," he said, adding that it is "tremendously difficult" because the group of owners is so fragmented.

There are some two million private forest owners in Germany, many of whom are only in possession of tiny pockets of the land, and many more who are unable to take care of their property because they live too far away or don’t have the right skills.

A regular consequence is to sell up. And as investors are aware of this, they scout heavily forested communities for potential sellers. Some years ago, Markus Wolff witnessed just this. He saw businessmen descend on the town, offering to pay forest owners handsomely for their land. In some cases, the trees were felled and hauled away the very next day. Residents complained, and Wolff realized the need for action. 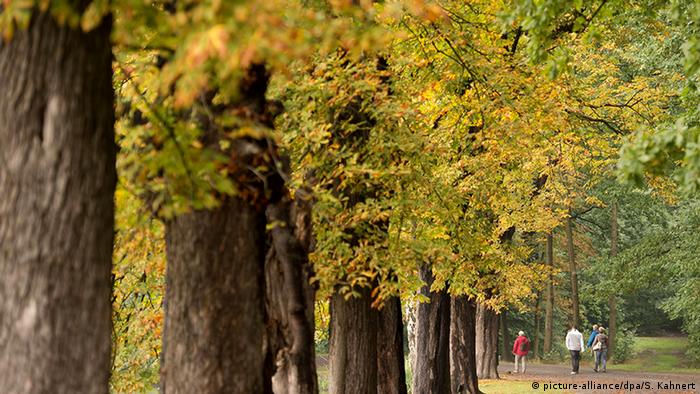 If you like the idea of owning part of a forest, this might be the time to strike

In 2013, he and a few others founded the Remscheid cooperative called 'Wald 2.0', or 'Forest 2.0'. There are two ways to become a member – either as a forest owner who contributes a property and becomes a shareholder or by subscribing to a share – prices starting at 500 Euros. The coop then uses the funds it generates to purchase more wooded land.

All members have the same vote within the coop, regardless of the size of their investment, and the land no longer belongs to any single person but serves the common good. While they are meant to earn a small profit, that is not the main motivation. 170 residents from Remscheid and beyond have already invested and the cooperative now has equity worth 570,000 Euros.

Champions of biodiversity and forest preservation

Every day, Markus Wolff networks to promote the project, but he also gets to leave his desk. When he takes us to the forest we see roadside signs reading "This wood belongs to the forest coop Remscheid." Far from intending to keep people out, they are designed to invite people to join the coop. The land used to be a conventional forest, a bland monoculture of spruce trees, and partially still is. But not entirely. 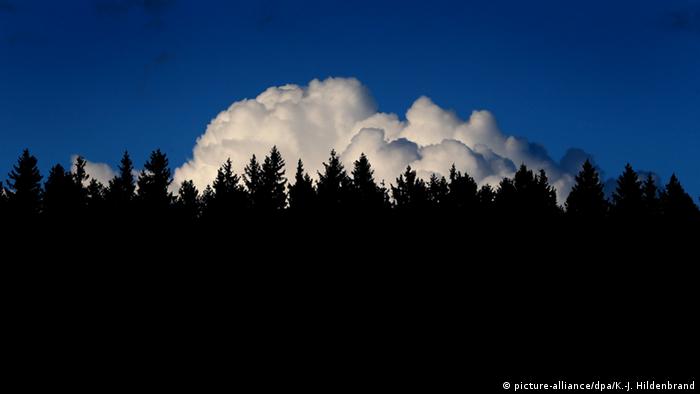 "Do you see that?" Markus Wolff asked, pointing to a small clearing. “That was Kyrill.” He was referring to the hurricane that swept across North-Rhine Westphalia in January 2007, leaving a trail of devastation, especially in the forests, in its wake.

The damage wrought is an opportunity for 'Wald 2.0,' which now boasts limes, beeches, wild cherries, oaks, silver firs and Douglas firs where the tall skinny trees once stood. The tiny saplings are protected from wildlife by tube-like casings, which are the trademark of the coop’s work, and are punctuated by branches and tree stumps.

"This used to be considered chaotic and ineffective," Wolff said. Today, however, it is common knowledge that dead wood is important for biodiversity. And that is important for the forestry director. He is quite clear on his plan for the future: "Thirty years from now, we want these woods to be clearly recognizable as a coop forest." 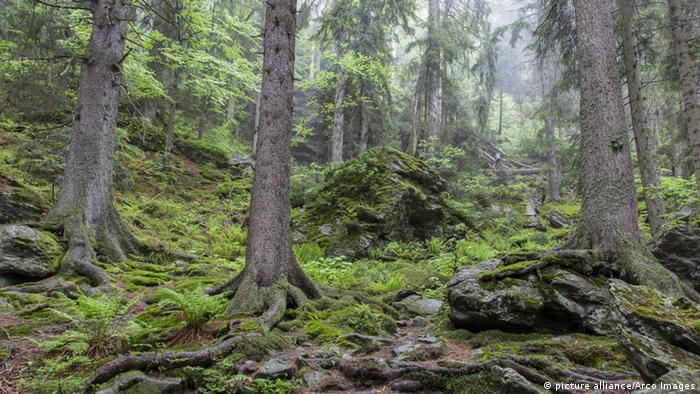 To that end, the group regularly invites Remscheid schools, members of the state parliament or city council, and indeed the general public to take part in planting initiatives. 'Wald 2.0' is to be proof that a forest is more than just a bunch of trees. A forest needs attention and deserves to be appreciated as a diverse source of public welfare.

Reproduced and condensed with kind permission of the Goethe-Institut as part of the  FUTUREPERFECT project. Distributed under a Creative Commons license.