Reports: Hanover teen may have followed 'IS' orders when stabbing cop

Chats uncovered by German media show that a 15-year-old who stabbed a police officer in Hanover may have been commanded to do so by the so-called "Islamic State." It would be the first known IS-ordered attack in Germany. 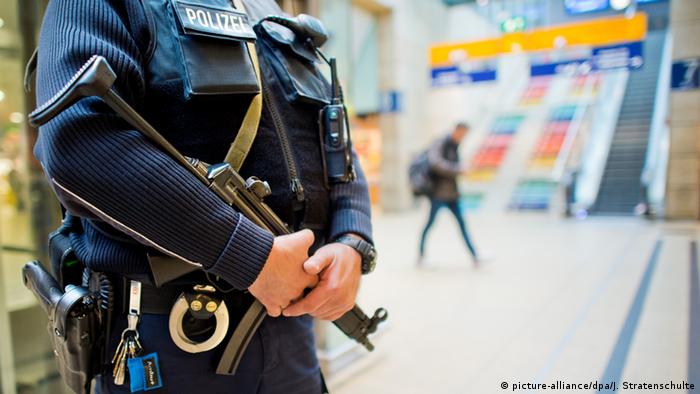 Since the German-Moroccan teen Safia S. assaulted a policeman with a knife in February, federal prosecutors and investigators in Germany have been trying to determine if the stabbing was an act of terrorism.

New evidence could prove that the attack was not only inspired by the militant "Islamic State" (IS) group, but that Safia S. may have received direct orders to carry it out, German media reported on Monday.

Reporters from German public broadcasters WDR and NDR as well as the daily newspaper "Süddeutsche Zeitung" were able to gain access to chat logs between Safia S. and a fellow Islamist in Hanover.

The chat logs showed that the 15-year-old met with IS members during a trip to Turkey in January. She intended on crossing into Syria, but wrote that there was a "change of plans."

The IS members asked her to travel back to Germany to "surprise the unbelievers."

"They told me it has a greater benefit," Safia S. wrote, adding that it would be "really fun." She also wrote about a "martyr operation."

She never crossed the Syrian border, and her mother brought her back to Germany. Shortly after her return, the teen attacked an officer at Hanover's main train station with a kitchen knife.

The officer, who was stabbed in the back of his neck, suffered life-threatening injuries as a result. He underwent surgery and survived his wounds.

Paris attacks were her 'favorite day'

Fighting 'IS' through cultural preservation

The evaluated chats also showed that Safia S. had been an IS sympathizer for some time. She wrote that the November terror attacks in Paris - which killed 130 - were her "favorite day" because "our lions were in action in Paris."

Germany's highest criminal court already issued a warrant against Safia S. for attempted murder and for supporting a foreign terrorist organization. She has not been charged with carrying out an attack on a terror group's behalf. Her chat partner is now also under investigation for failing to report a crime.

A spokeswoman for the state prosecutor's office told reporters that there were suspicions that the act was a "concrete" mission from IS members, but said it was too early for a "final evalution."

The teen's defense lawyer, Mutlu Günal, denied that his client received "an order from Syria." He called the prosecutor's suspicion "nonsense" and said it wasn't true. Allegedly, Safia S. penned an apology letter to the stabbed officer some time ago.

The German investigative police have reported a significant increase in Islamist threats. The agency tracked almost 500 threats in the past year. (22.05.2016)