German prosecutors have said a 15-year-old girl who stabbed a police officer was conducting a "martyrdom operation" for the militant "Islamic State" (IS) group. The teen had previously met with IS members in Turkey. 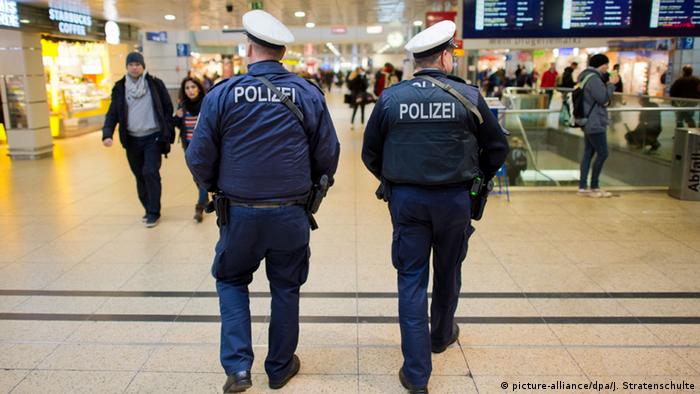 A German-Moroccan identified as Safia S. charged with carrying out an attack on a police officer is being investigated on suspicion of supporting the terrorist organization IS, federal prosecutors announced on Friday.

Following a federal probe into the motives behind the attack, federal prosecutors said the girl had "embraced the radical jihadi ideology of the foreign terrorist group Islamic State of Iraq and Syria" by November 2015 and was in online contact with an IS fighter in Syria.

The 15-year-old was remanded in custody for "attempted murder, aggravated assault and for her support for a foreign terrorist organization," prosecutors said in a statement.

On February 26, the teen is alleged to have attacked a police officer at Hannover's bustling train station with a kitchen knife, inflicting "life threatening stab wounds."

In January, Safia S. reportedly traveled to Istanbul to meet with IS middlemen who were supposed to help her cross into Syria. However, she never crossed the border, and her mother brought her back to Germany.

Despite this intervention, prosecutors claimed that while in Istanbul, "she was convinced by IS members to carry out a martyrdom operation for the group in Germany."

"In light of this, the accused armed herself with a vegetable knife and a steak knife and went to the main train station," prosecutors said.

During an identification check, Safia S. "unexpectedly drew her vegetable knife and stabbed the police officer in the back of his neck."

The officer underwent surgery and survived his injuries.

Safia S. was initially being investigated by local authorities in Hannover, but federal prosecutors have now taken over the case.