Gulf state religious groups are suspected of backing German Salafists with their governments' approval. Intelligence officials found "No difference" between one group's missionary work and its jihadist ideology. 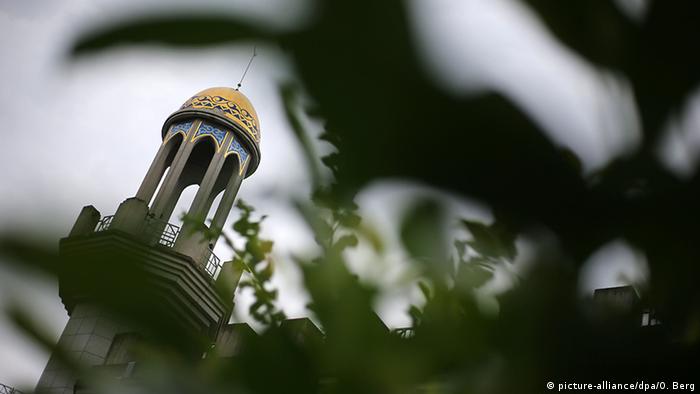 The König-Fahd-Akademie in Bonn - financed by the Saudi royal family - used textbooks with strict anti-Jewish and anti-Western views. The school is now set to close

Authorities have said a group of Salafists gave away a Muhammad biography in several German cities over the weekend. Germany recently banned the "True Religion" group who handed out a fundamentalist version of the Koran. (29.11.2016)

German authorities have struck down on another Islamist group. Police raided a mosque that served as a meeting place for Salafist extremists. (23.11.2016)

Authorities have carried out more than 200 searches against suspected radical fundamentalists. German media reported that the targets were part of the well-known "True Religion" Salafist group. (15.11.2016)

Religious organizations from those three countries have been sending preachers to Germany as well as financing the construction of mosques and schools, the German "Süddeutsche Zeitung" newspaper and public service broadcasters NDR and WDR reported. The intelligence reports were conducted on the behalf of the German government.

By upping their support of Salafist missionary activities, the religious groups intend to spread the ultraconservative version of Islam in Germany, the intelligence reports said.

There are currently 9,200 people involved in the Salafist scene in Germany, but the government has concerns that the increased missionary work could swell their ranks. Berlin is also concerned that the groups could play a role in radicalizing Sunni refugees.

The German government has repeatedly called on the Saudi government to stop supporting radical Islamists in Germany. Saudi Arabia, on the other hand, has said its religious organizations are a "stronghold" against the so-called "Islamic State."

Although the Riyadh insists that the religious organizations are independent, Germany's intelligence agencies concluded that the groups "are closely linked with state posts in their countries of origin."

The intelligence agencies did note, however, that there is a lack of evidence to suggest that the religious groups support "violent Salafist structures and networks."

Influence in schools and real estate

The intelligence reports also specifically named three religious organizations active in Germany that are believed to be supported by the state: the "Shaykh Eid Charity Foundation" from Qatar, the "Muslim World League" from Saudi Arabia and the "Revival of Islamic Heritage Society" (RIHS) from Kuwait. 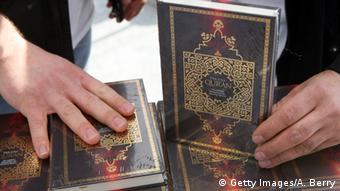 In the case of RIHS, German domestic intelligence officials found that there was "essentially no difference" between its missionary work and the spreading of jihadist ideology.

Since 2012, the group has used a real estate firm to influence the Islamist scene in Germany, the media reports said.

The firm attempted to establish a Salafist center in the southern German town of Fellbach in 2014. The center was part of a plan to expand missionary operations in southern Germany, but the town blocked RIHS from using the building after police informed the mayor of Fellbach about the organization.

RIHS has been banned in the US since 2008 as it is suspected of supporting terrorist organizations.

The German intelligence agencies have compiled a list of known preachers and individuals who should be denied entry into Europe's border-free Schengen zone, the media reports said.

German authorities have conducted numerous raids nationwide targeting Salafist organizations in recent weeks. In November, German Interior Minister Thomas de Maiziere announced a ban on the Salafist "True Religion" group which was known for passing out a fundamentalist translation of the Koran in German city centers.