Germany has played a greater role in targeted killings than previously thought, according to a report by mass-circulation newspaper Bild. The paper claims that former German commander Markus Kneip helped select targets. 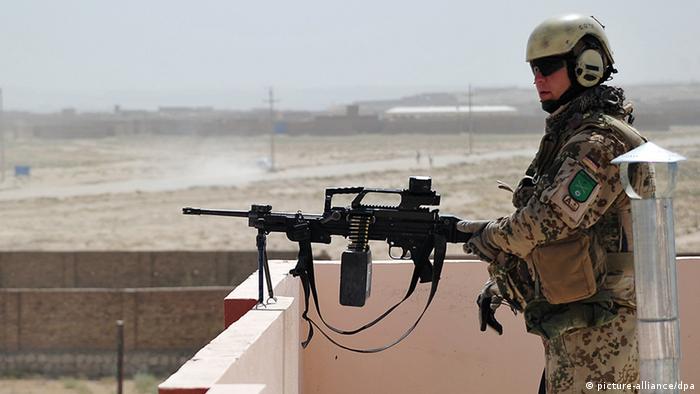 According to the paper, organizational charts showed that a so-called "Target Support Cell" was based at the German headquarters of Mazar-e-Sharif. The group's mission was, according to the report, "to collect information for the nomination of individual targets."

Bild said soldiers were asked to create a "target folder" to be submitted to Kneip, at the time commander of ISAF forces in the northern region, for approval. At a meeting in May, 2011, Kneip was said to have asked to the arrest - or neutralization - of a suspected rebel named Qari Hafiz to be treated as "a priority," the newspaper reported, citing a record of the meeting.

In the case of other insurgents, participants at the meeting were said to have decided that their removal would be unwise, creating a dangerous power vacuum with weapons, drugs and money at stake.

Bild further reported that Germany's foreign intelligence agency the BND had approved that - in the case of immediate danger or imminent threat - intelligence it had collected on individuals could be used in targeted killings. "Utilization for the purpose of the use of deadly force is only permissible if and when there is a present attack or an imminent threat," the newspaper quoted from a secret report from August 2011 on the Taliban leader Qari Yusuf. Accordingly, the BND was said to have shared telephone numbers that could be used to help locate Yusuf.

While many hawks have claimed the practice of targeted killings of insurgents is necessary, it remains highly controversial on the international stage. US forces have flown attack aircraft regularly for years in raids on suspected rebel leaders and other alleged extremists in Afghanistan and Pakistan, with a high number of civilian fatalities as a result.

The role that German intelligence and the Bundeswehr should have in controversial drone attacks has long been debated - in particular as to whether telephone numbers should be shared to help track suspects under any circumstances.