Turkey's intelligence agency has been increasingly gathering information on German politicians, according to a report. Prosecutors already launched an investigation into Turkey's alleged spying earlier this year. 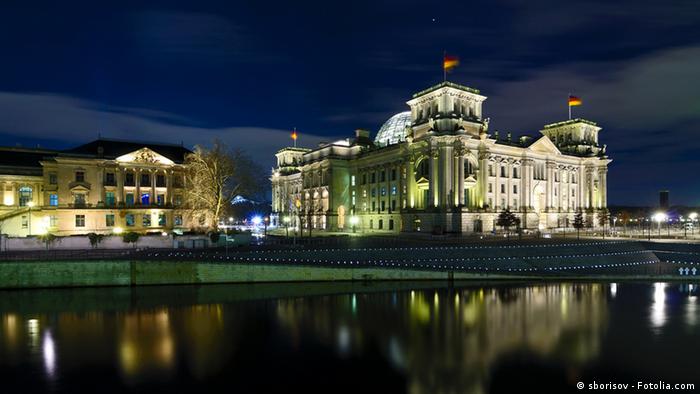 Some German parliamentarians have been warned that they may be under Turkish surveillance, German newspaper Die Welt reported on Wednesday.

Ankara has reportedly been collecting an increasing amount of information on Bundestag members who are involved in defense as well as domestic and foreign policy.

A spokeswoman for Germany's Federal Criminal Police Agency (BKA) confirmed to Welt that the agency met with German MPs "in recent weeks" to discuss "safety" concerns, since "protecting members of the Bundestag is a legal task of the BKA."

"Possible activities of foreign intelligence agencies" were also discussed in these meetings, the spokeswoman added.

BKA officials specifically told MPs they may be under surveillance by Turkey's intelligence agency, reported Welt. German politicians were also told about a possible "hazardous situation" posed by Turkish nationalists.

German Federal Prosecutors launched a preliminary investigation into Turkey's alleged spying activities at the beginning of this year.

The investigation was sparked by Ankara's surveillance of Turkish opposition politicians in Turkey, particularly those who allegedly support the Turkish-exiled Muslim cleric Fethullah Gulen. The Turkish government blames Gulen, who lives in the US, of orchestrating last July's failed military coup.

Read more: Real and imagined threats - the shared past of AKP and the Gülen movement

German media reported in March that Turkey's spy agency compiled a list of some 300 people and 200 clubs, schools and other institutions in Germany with alleged ties to the Gulen movement.

Relations between Berlin and Ankara have been on the decline in the past year over a range of issues. The Turkish government has accused Germany of a lack of solidarity following last year's failed coup and criticized Berlin's decision to grant asylum to Turkish soldiers and diplomats who allegedly participated in the putsch attempt.

Ties between the NATO allies also soured over Turkey's imprisonment of German journalists and Germany's decision to ban campaign rallies by Turkish politicians in Germany cities earlier this year.

Last week, the Bundestag overwhelmingly voted in favor of moving some 260 German soldiers currently stationed at Turkey's Incirlik airbase to another base in Jordan after Ankara blocked German MPs from visiting troops there.

Germany tells Erdogan's bodyguards to stay away from Hamburg G20

German officials are preparing for violence at the G20 but not all of it may come from protesters. The Turkish president's bodyguards are renowned for clashing with activists. (26.06.2017)