NATO officers from Turkey have turned into stateless asylum-seekers | Europe | News and current affairs from around the continent | DW | 06.12.2016

The Erdogan regime is targeting its own NATO personnel, accusing high-ranking Turkish officers of being coup plotters, ordering them to return home. An exclusive report by DW's Teri Schultz. 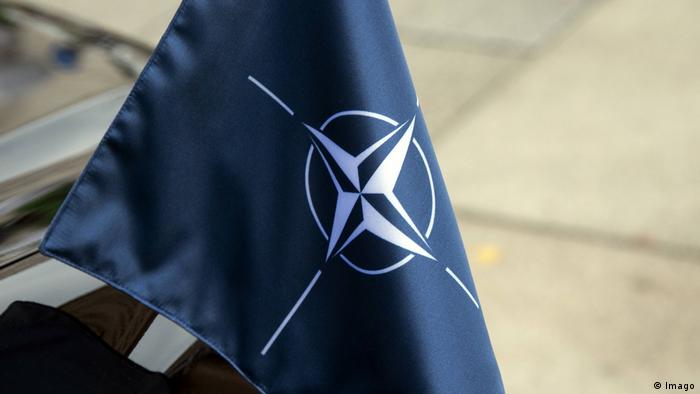 Dozens of high-ranking Turkish military officers formerly posted at NATO headquarters in Brussels and SHAPE military headquarters in Mons are among more than 125,000 people President Recep Tayyip Erdogan alleges helped launch a failed coup against him in July.  Erdogan calls them "terrorist soldiers."

The majority of Turkish officials, reported to be military employees at NATO bases in Germany, have refused to return to Ankara despite orders. Berlin is now assessing the best way forward "with great care." (17.11.2016)

Opinion: End Turkey EU membership talks once and for all

The EU may halt accession talks with Turkey. Ankara's minister of European affairs has rejected criticism of his government and hardened his stance on full EU membership. This is political theater, writes Barbara Wesel. (01.12.2016)

Several of these officers agreed to speak with Deutsche Welle under cover of anonymity.

They want to know if any visiting dignitary is going to ask Turkish Foreign Minister Mevlut Cavusoglu for details on what's happening to them, how he'll reassure them the alliance that it can get along just fine without some of its best-trained specialists.

They are mostly Western-educated, some with PhDs and multiple master's degrees from American universities and institutions, with many NATO exercises under their belts.  All say they had nothing to do with the attempted overthrow of the Erdogan government, that they denounced it immediately and continued working as loyal military representatives of the Turkish government. Yet one by one, their names showed up on one of almost 20 lists of suspects that have been circulated by Ankara to Turkey's missions abroad, usually late on Fridays.

In cover letters attached to those lists, the officers say, they were given instructions to turn in their NATO passes and diplomatic passports, told they are eligible now only for an identity document that goes one way -- back to Ankara. And most were ordered to do that within three days of being notified; some even sooner.  No charges were given, simply lists of names, ranks and services and the information that they had been suspended or fired.

In the beginning, one officer says, he and others were planning to obey the orders. "Our first reaction was to go back and defend ourselves as we were innocent of any anti-government activity," he told DW. "We said goodbye to our colleagues at NATO," presuming that, after lifelong stellar careers in the military, they could go clear their names quickly and return to their posts at NATO.

"Then we heard that 17 of our colleagues who did return had been arrested," he said. "So we thought it would be better to wait."

Families warned to stay in Belgium

One Brussels-based officer was not on any list, so when he was summoned to a meeting in Ankara, he decided to go.  A refusal, he feared, would make him look suspicious. That was six weeks ago.

Since then his wife has not seen him or talked to him.  Speaking sadly as her youngest children play nearby, she explained how she frantically tried to get information from the Turkish military representative at NATO when her husband didn't return and she couldn't reach him by phone. Finally she got word of what happened through the wife of someone who saw him arrested after a meeting at government offices in Ankara, but there's been no official explanation to this day.

Her husband's salary was cut off when he disappeared; she has no way to support their three children long-term. Her father-in-law in Turkey was finally able to visit her husband in prison. His message to her: Stay in Belgium.

But even that has its risks. The officers say President Recep Tayyip Erdogan has threatened that those who do not obey orders to return home will be hunted down.  Most haven't received salaries since September, so they are living off savings, selling cars and other belongings.  They have moved into smaller apartments, both because they need to save money and so that the government won't know their addresses. Some have requested political asylum in Belgium; counterparts have done the same at Ramstein Air Base in Germany.

One officer wrote about this in a goodbye letter to his NATO colleagues that he called the "silent scream of a Turkish officer." He shared the letter with DW.

"Like my other Turkish colleagues, my dismissal does not mean only losing my job. I have almost lost all my military IDs, passport, social rights, health coverage, bank accounts, retirement pension, working rights etc… And more sadly, I am left by myself without any past and unfortunately without any future. But now, I think that we - the Turkish people - have lost the values of respect for human dignity, liberty, democracy, equality, the rule of law and respect for human rights. My individual losses are nothing compared with my country's losses."

Losses are also being felt by non-Turkish NATO military officers who worked with the purged staff.  One told DW that the quality of the personnel being sent as replacements by the Turkish government is not up to NATO standards. That individual, who declined to be named, said he felt very uncomfortable with Turkey's apparent flouting its treaty obligations of following the rule of law and respecting basic human rights.

NATO cautious in dealing with Turkey

But evidently Turkey is too important an ally to rock the boat very hard. NATO Secretary General Jens Stoltenberg, who's now been asked repeatedly about the situation, says only that these concerns have been "raised" with the Turkish government, not whether he's been sufficiently reassured by the answers.

The United Nations Special Rapporteur on Torture, Nils Melzer, was not impressed on a fact-finding trip last week, calling out the regime for the ferocity of its crackdown on people from all walks of life. Melzer said there has been an "environment conducive to torture" created in the prisons where thousands of purged citizens are being held.

But in Brussels Monday, U.S. Ambassador Doug Lute explained that "rather than dictating standards" to the Turkish government, NATO and the US have decided to "express confidence" in it. "We have a common set of values; they're in the preamble to the Washington Treaty," Lute reminded.  "We expect all 28 allies will abide by those standards because not only do they have a treaty obligation to others, it's in their own self-interest."

One Turkish officer said sadly that with attitudes like this, he feels sold out, both by his own government and by NATO. Another added the reminder that an alliance is only as strong as its weakest member, and they feel that the country with the second-largest army is now that weakest link.