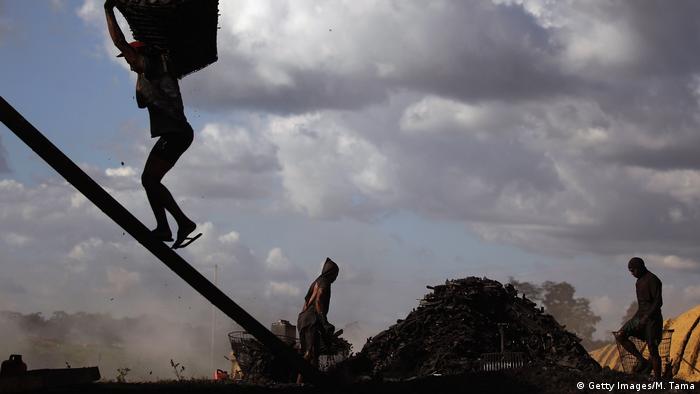 More than 40 million people around the world were trapped in modern day slavery last year, including forced labor and forced marriages, according to a new study published Tuesday.

An estimated 16 of 25 million people in forced labor were in the private sector, including in domestic work, construction, agriculture and fishing. The products and services produced by forced labor often end up appearing in the market through "seem­ingly legitimate commercial channels," they said.

"Forced laborers produced some of the food we eat and the clothes we wear, and they have cleaned the build­ings in which many of us live or work," the report said.

Debt bondage accounted for nearly half of those forced into labor, while nearly 4 million people were forced to work by state authorities.

Slavery and forced marriages were most prominent in Africa and the Asia-Pacific region. Lack of data for Arab countries means that the number of those trapped in slavery could be much higher in those regions.

Read: Why modern slavery is widespread in Asia

The report noted the large role of migration and human trafficking in modern slavery, calling for improved migration policies to protect victims.

The findings take into account an estimated 15 million forced marriages, nearly a third of which were children. Nearly all of forced marriages involved women and girls, many who can be subjected to rape, forced domestic work and even be traded and sold.

Separately, the ILO released a report that said 152 million children between the ages of 5 and 17 were victims of child labor. Of them, about one-third were not in education, while another 38 percent were working under hazardous conditions.

A massive operation coordinated by Europol has saved 910 potential victims from likely trafficking and sexual exploitation. Nearly 125,000 people were searched over the course of a week. (25.07.2017)