More and more children are sent out to work in Nigeria. It is a matter of survival, families say. It is a matter for the government to step in, children's rights activists maintain. 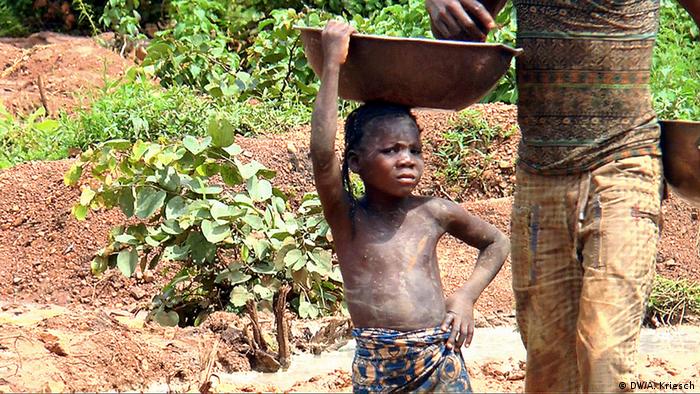 Each year on June 12th, World Day Against Child Labour brings together governments, employers' and workers' organizations, civil society, and millions of people from around the world, to highlight the plight of child laborers and what can be done to help them.

According to a report by the International Labour Organization (ILO), globally there are over 168 million children between the ages of 5 and 14 working when they should not.15 million of them are in Nigeria, which has the highest rate of working children in West Africa. ILO's report says they are involved in some of the worst forms of child labor explotation, including misuse as soldiers in armed conflicts.

Orphans of the Boko Haram insurgeny 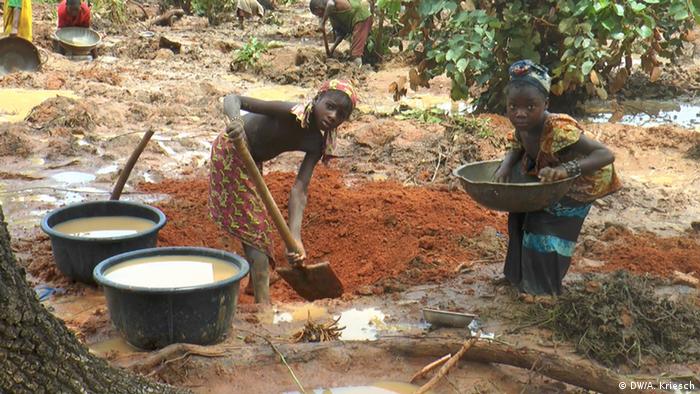 Nigerian children working in gold mine

It is very common in Nigeria to see underage children engaged in manual labor in order to support their families. In northeastern Nigeria specially, many children are sent out by their families to earn some money through street hawking, begging and prostitution.

This dismal situation has been compounded by the Boko Haram insurgency which for the last seven years disrupted large swathes of Northeastern Nigeria. Children's rights activist Zariyatu Abubakar told DW that the situation there is alarming. Children are not only being sent to work to help support their families, "some don't have parents and have to support themselves and their younger siblings," because their mothers and fathers have been killed, Abubakar said

According to the ILO report, many of these children are exposed to long hours of work in dangerous and unhealthy environments, and shoulder too much responsibility for their age. 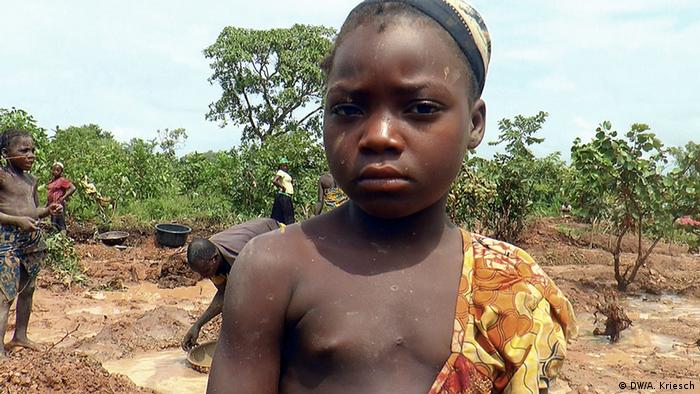 The family often depends on the children's income

The state must assume responsibility

Sherif Muhammad, an internally displaced person from Bama town in Borno State now living in Maiduguri, told DW that putting his sons and daughters to work is simply a matter of survival. "It is true we send our children to go and work so that they will get some money for us to buy food. We send boys to go to streets and beg. We also send girls to houses to work as domestic servants."

Children's rights activist Zariyatu Abubakar sees the government as responsible for the welfare of the country's children. She called on it to take action: "These are only children. They need to be supported, to go to school," Abubakar said, adding: "Somebody has to take responsibility. Either the government or nongovernmental organizations have to support and educate them, feed them and provide shelter for them."

Bangladesh has had a strong record on human development in recent years. But child labor remains an endemic problem, concluded a new study. DW spoke to the report's co-author Maria Quattri about their findings. (08.12.2016)