Bangladesh has had a strong record on human development in recent years. But child labor remains an endemic problem, concluded a new study. DW spoke to the report's co-author Maria Quattri about their findings. 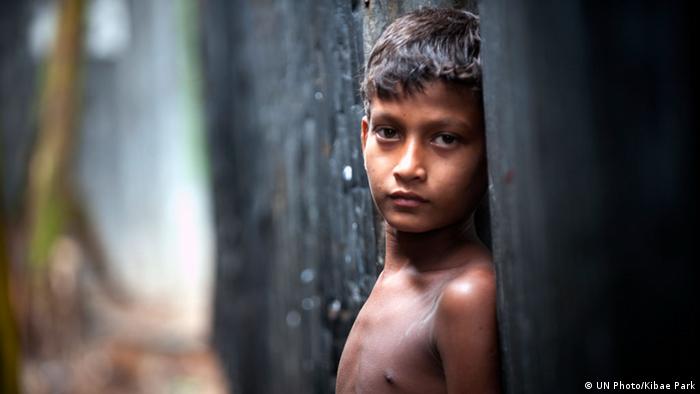 One third of impoverished children living in the slums of Bangladesh's capital, Dhaka, spend more than 60 hours a week working illegally, with many of them employed by the country's clothes manufacturing industry, revealed a report released on Wednesday, December 7.

The study conducted by the London-based Overseas Development Institute concluded that 32 percent of children aged between 10 and 14 living in Dhaka's slum settlements were out of school and engaged in full-time work in garment factories - according to a survey of 2,700 children.

This is despite Bangladeshi laws setting a minimum working age of 14, although the statutes provide an exception in that from the age of 12, children are allowed to carry out "light work" for up to 42 hours a week, provided it does not interfere with their education.

In a DW interview, the report's co-author Maria Quattri blames the pervasiveness of the practice on poverty. She also stressed that child labor keeps children out of school, hinders effective learning and denies them an opportunity to acquire the knowledge and skills they need to escape poverty.

DW: What are the main reasons behind the widespread prevalence of child labor in Bangladesh?

Maria Quattri: Poverty is the main reason for the rampant prevalence of child labor in the country: 53 percent of boys and 74 percent of girls are working to supplement family income. 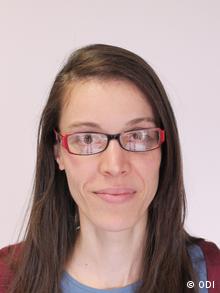 Quattri: 'The poverty that families of these children face and that is compelling those families to send children to work perpetrates itself'

How is the problem of child labor aggravated, particularly in the country's slums?

Urbanization has been one of the engines of Bangladesh's development. But it has gone hand-in-hand with the rapid growth of urban slums marked by high levels of poverty.

What working conditions do these children often face?

Children work on average 11-12 hours a day for 6-7 days a week. A third of all the children interviewed experienced extreme fatigue.

In Bangladesh, it is illegal for children under 14 to work. It is also illegal to ask anyone to do "hazardous work" for more than 42 hours a week. Still, the practice continues unabated. Why has the government failed so far to strictly implement these rules?

What are the implications for these children when they are forced to take up jobs at a very young age and discontinue education?

A recently launched video news service featuring stories by child journalists aims to strengthen the voices of Bangladesh's vulnerable and marginalized children and raise awareness about their issues. DW examines. (14.06.2016)

Child laborers in Bangladesh: Victims of poverty and neglect

Alamgir from our episode #headabovewater started working when he was nine years old. In Bangladesh, around 4.5 million children are working under hazardous conditions. DW has captured their lives in photos. (03.01.2015)

Child labor keeps children out of school, hinders effective learning and denies children an opportunity to acquire the knowledge and skills they need to escape poverty. The poverty that families of these children face and that is compelling those families to send children to work perpetrates itself.

While child rights activists and civil society organizations criticize the practice of child labor, some argue that the impoverished families to which these children belong have no other option but to send off their kids to work. What is your take on this?

Wages from child labor equalize average income across slum households with and without children. Families of working children can survive because of the income gained by the child. Welfare payments from the government could replace that income and allow children to attend school. Students in rural areas already receive a stipend, but students living in urban slums do not yet benefit from a similar welfare payment.

What measures have been put in place by the government to counter the problem?

Recent years have seen the Bangladeshi government adopt an increasingly robust framework for combating child labor. The Children's Act (2013), the National Children Policy (2011) and the National Plan of Action (2010) establish a set of well-defined and ambitious goals, and identify lead ministries and cross-ministry responsibilities. However, the current framework suffers from a number of weaknesses. The "42-hour" threshold for child labor (as distinct from child work) is excessive and the gazetted list of hazardous work remains partial.

What more should be done to eliminate the practice?

The report sets out a list of recommendations to address child labor including: Raising the age of free and compulsory education from 10 to 14, increasing overall financing for education to 4-5 percent of GDP, with a greater emphasis on provision in slums, strengthening the regulatory environment for child labor and reducing the current threshold for "hazardous work" from its current level of 42 hours.

Other suggestions also include imposing more punitive fines on employers found to be employing under-age workers and reviewing inspection arrangements for the garment sector to ensure that factories comply with national laws.

How do you see the chances of child labor being eliminated from Bangladesh in the near future?

It will be possible to gradually reduce and eventually eliminate the phenomenon of child labor if actions are taken on several fronts: managing increasing urbanization and poverty reduction in slums, improving education (particularly for slum children that are currently left marginalized), increasing inspections, fines and the effectiveness of regulations on business operations.

Maria Quattri is researcher with the Overseas Development Institute and joint author of the report Child Labor and Education - A Survey of Slum Settlements in Dhaka.

Working for a few cents

According to the International Labor Organization, an estimated 168 million children worldwide are forced to work under very harsh conditions in places such as mines, factories, and in the agricultural sector. (11.06.2014)