Remembering vibrant daily life in Syria before the war 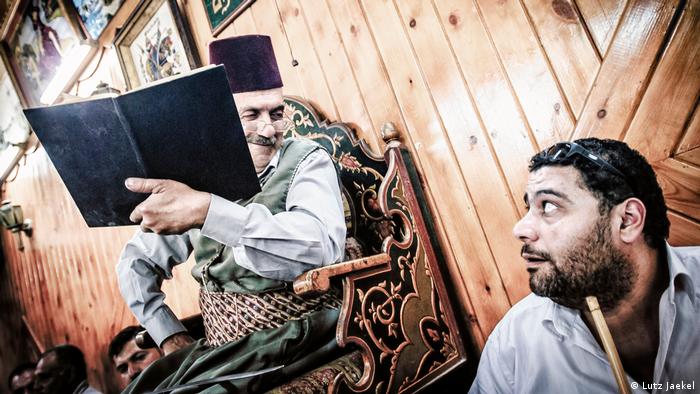 For almost four months now, images of bombs, destruction and death in Ukraine have shocked the world. At the same time, the war waged by the regime of Syrian President Bashar Assad  — now in its 11th year — has faded into the background and out of news headlines. Yet photos and videos of Syria's bombed-out cities and cultural sites destroyed by so-called Islamic State militants, which permeated the media over the last decade, have made a lasting impression.

Now, an exhibition at the Rautenstrauch-Joest-Museum in Cologne is trying to bring a different image of Syria to the forefront of people's minds. "Syria — Against Forgetting" tells the tale of a very different country — one with a vibrant daily life, a rich artistic history and the peaceful coexistence of people hailing from different cultures and religions. 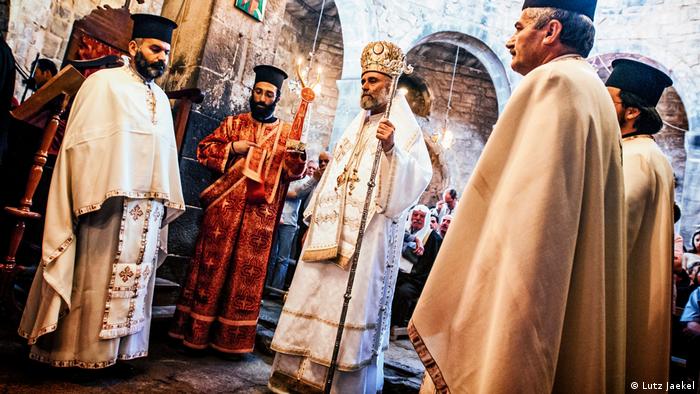 "The main goal is to not talk about the war," says archaeologist Jabbar Abdullah, who curated the exhibition. In recent years, media coverage has focused exclusively on the horrors that have taken place, he says, but his homeland is so much more. "We want to show a different Syria and give Syrians a positive memory of their homeland."

The exhibition includes historical artifacts from the earliest eras of humankind, which are on loan from other German collections. There is also calligraphy art and an area where visitors can learn about the different dialects and styles of traditional clothing in Damascus, Aleppo and Raqqa.

They can also learn about religion in Syria. The exhibition concentrates particularly on Judaism, which, Abdullah points out, has a long tradition in the region. "Unfortunately, Judaism hasn't been allowed to be a main topic for decades," he says. Pogroms against Jews took place in Syria in 1947, and many Jews left the country in the early 90s. Today, the country's only remaining synagogue is in Damascus. 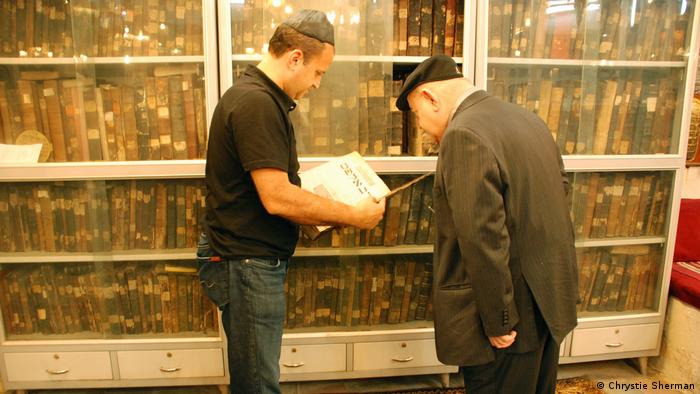 Student during the Arab Spring

Abdullah, now 32, grew up near Raqqa. He was studying at the University of Aleppo when the Arab Spring took place and the regime quelled student protests brutally. In 2013, he fled to Egypt, later earning a master's degree in Alexandria. "Europe was not on my mind at the time," he says. 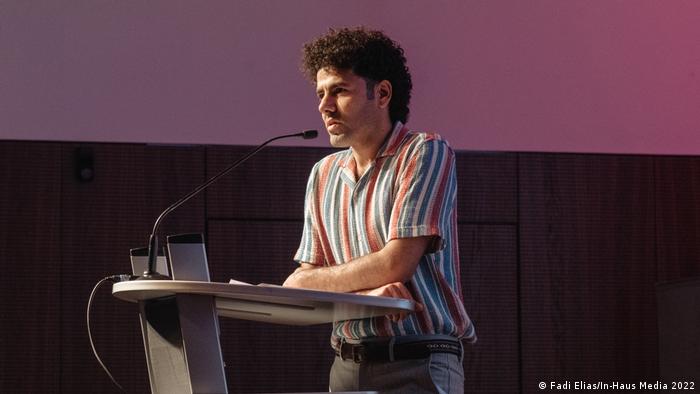 But after the military coup, the security situation in Egypt also deteriorated rapidly. He traveled to Turkey and then to Bulgaria, where he stayed for a year before coming to Cologne in 2014. He wrote about his experiences in a book called "Raqqa am Rhein" (Raqqa on the Rhine), which was published in 2020.

Adapting to a new reality

Abdullah has many pleasant memories of life in Syria before the violence began. "I started doing excavations in my village when I was a child," he says. He associates his happy childhood with big dreams and a bright future in his homeland.

"All of a sudden you find yourself living in a new social system," he says.

Adapting to life in Germany and integrating into society went without saying for Abdullah, but even after eight years in the country, some customs still feel foreign to him. "At birthdays, everyone stands or sits in small groups; in Syria, everyone sits together around a big table," he remarks. 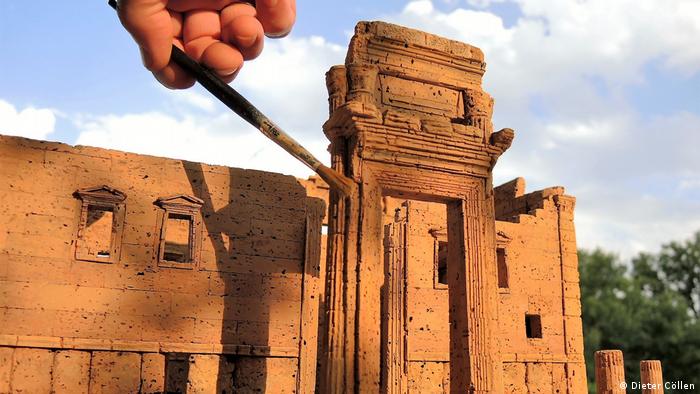 The ancient city of Palmyra in Syria, visible as a cork model above, was almost completely destroyed by the IS militant group

The exhibition's title, "Against Forgetting," highlights how constant images of the horror and destruction of Syria have made people forget what the country was like before the war — and also how little many in the West actually know about Syria before the war. A similar realization is taking place now with respect to the conflict in Ukraine.

Between 2015 and 2017, the terrorist militias of the so-called Islamic State destroyed much of treasures of the Unesco World Heritage Site in the ancient city of Palmyra , including the Tetrapylon and the Temple of Baal built by the Romans; today, Russian missiles are targeting Ukraine's cultural sites. As cultural heritage is destroyed, so, too, are the memories of history and tradition.

'We need to save the young generation'

Abdullah has now acquired German citizenship. He says that a few years ago, he wanted to return to his homeland when the war ended to help rebuild the country. Not much is left of those plans.

"We are hopeless," he says. He does not believe the Assad regime's rule will come to an end. The political influences on the country, which is currently threatened by another conflict with Turkey, are too strong.

Abdullah says it is important to help from the outside, for initiatives to build schools and kindergartens to ensure children can get an education. "We need to save this young generation because they will be very important for Syria in 20 years," he says.

He is "greatly concerned" that the situation in his homeland will continue to fade from the focus of international politics as the war in Ukraine continues. And while he approves of Germany's support for Ukrainian refugees, he nevertheless feels there are some disappointing elements.

"It's great what Germany is doing for the people from Ukraine who are fleeing the war," Abdullah says, highlighting how Ukrainian refugees are getting help with bureaucracy, have quick access to work and language courses and often receive accommodation in apartments instead of mass shelters.

But, he points out, such measures rarely existed for Syrian and other refugees who arrived in 2015. Differentiating is dangerous, Abdullah says: "If aid only applies to certain groups, I don't feel like I belong."

The exhibition "Syria — Against Forgetting," at the Rautenstrauch-Joest-Museum, can be seen through September 11, 2022.