Bone fragments found over the weekend belong to a 9-year-old girl who went missing 15 years ago, police say. Investigators hope the discovery will shed light on one of Germany's most mysterious missing person cases. 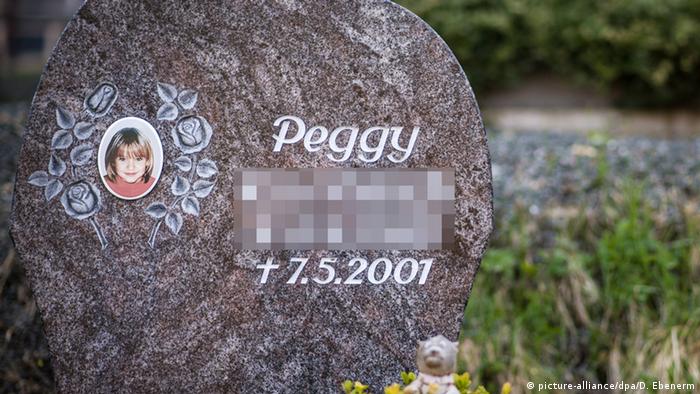 The partially-buried skeletal remains found in a forest in the central German state of Thuringia belong to a 9-year-old girl who never returned home from school 15 years ago, according to DNA matched by forensic scientists.

A man picking mushrooms in a forest 15 kilometers (9 miles) from Peggy's hometown of Lichtenberg found the remains over the weekend.

The bones are without doubt Peggy's, a spokesman for the state prosecution in the city of Gera said on Tuesday.

Peggy's disappearance is one of the most puzzling missing child cases in Germany. No trace of the girl had ever been found and authorities remained baffled as to the child's fate and killer.

It is unclear whether the discovery of the body has led to new evidence or will shed light on the case. Investigators are refraining from commenting on details of the find due to the ongoing inquiry.

Lichtenberg mayor Holger Knueppel said finding answers surrounding Peggy's fate was "very, very important" for the town. "In order to close the case, we would need to find the guilty person," he said.

Police say that Manfred S., who died in 2014, could be responsible for the gruesome deaths of at least six people over several decades. The victims' bodies were found disfigured below the suspect's garage. (19.05.2016)

Peggy's disappearance on May 7, 2001, sparked a far-reaching search, spanning weeks and even involving the German military's Tornado reconnaissance aircraft. Hundreds of police were deployed to comb caves and forests in the surrounding region.

The public sent in dozens of tips, but most clues led to dead-ends. In 2004, a mentally disabled man was convicted of Peggy's murder. He was later acquitted in a retrial due to lack of evidence after a key witness retracted his statement.

Suspicion has also rested on acquaintances of Peggy's family, but no individuals have been prosecuted.

In an attempt to locate her body, police in 2013 dug up a garden plot belonging to a suspect in the town of Lichtenberg. Although they found bones in that instance, the remains did not belong to Peggy.

Authorities also failed to find any trace of the 9-year-old when they excavated a grave at Lichtenberg cemetery in 2014.