Brexit opponents have begun pushing for a new referendum in the hopes that British voters have had a change of heart about leaving the European Union. That may be the case, reports Samira Shackle from London. 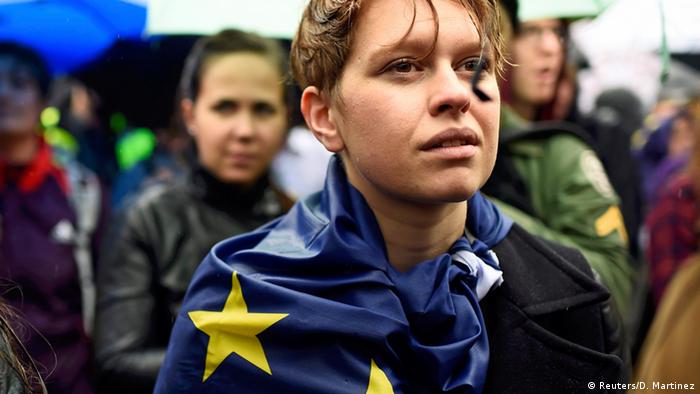 At the end of December, former Labour minister Andrew Adonis resigned from his position as chair of the government-backed National Infrastructure Commission. His strongly worded resignation letter made his reasons clear: "The European Union withdrawal bill is the worst legislation of my lifetime," he wrote. "It arrives soon in the House of Lords and I feel duty bound to oppose it relentlessly from the Labour benches."

In the month that has passed since, Adonis has dedicated himself to campaigning for a second referendum on Brexit, introducing a proposal in the House of Lords and this week launching a nationwide tour to convince the public.

Read more: UK waits to see how the post-Brexit winds will blow

Calls for a second public vote have long been dismissed by politicians; both conservative Prime Minister Theresa May and opposition leader Jeremy Corbyn, head of the Labour party, have, at different points, ruled out the possibility. Any talk of a second referendum has been portrayed in the right-wing media as anti-democratic, a cause promoted by "out-of-touch Remoaners." Yet it might not be out of touch after all. A January poll by ICM and the Guardian found a 16-point margin in favor of a referendum on the terms of the final Brexit deal.

A sitting member of the House of Lords, Adonis is hardly the ideal figurehead given the criticism of Remain supporters being elitist. On his tour around the country, he is being accompanied by a group of young anti-Brexit activists. Femi Oluwole, co-founder of "Our Future, Our Choice," is one of these activists. He recently quit a traineeship at the EU Fundamental Rights Agency to campaign to stop Brexit.

"I know what's coming if Brexit happens, and if I look back in 20 years, and I haven't done everything in my power to stop it, I'd hate myself," Oluwule told DW. "The fact is, the under-55 population of the UK voted to remain in the EU. If Brexit is supposed to mean making 'all our own laws' and negotiating 'all our own trade deals,' then Brexit can't be completed in less than 20 years. By anyone's maths, by 2021 we're a "remain" country, based purely on age statistics."

New referendum is an outside possibility

Until recent weeks, the whole idea of a second referendum seemed preposterous. But it remains an outside possibility as the clock ticks and political pressure over the Brexit deal mounts.

"A second referendum is still a long shot, but it is gathering momentum and it looks more likely than it has at any time before — partly because the government is at serious risk of splitting as reality bites around reconciling the promises they've made on leaving the customs union and having no border in Ireland," said Polly Mackenzie, director of the think tank Demos. "If that splits the government in a way that triggers a crisis, then a second referendum maybe the only way forward."

In mid-January, Brexit campaign leader Nigel Farage appeared to advocate a second vote — although he later backtracked from this, saying he'd only meant that "Leave" supporters should prepare for the possibility. Adonis recently unearthed some 2011 comments by Brexit-supporting Tory MP Jacob Rees-Mogg: "We could have two referendums," he said. "As it happens, it might make more sense to have the second referendum after the renegotiation is completed." 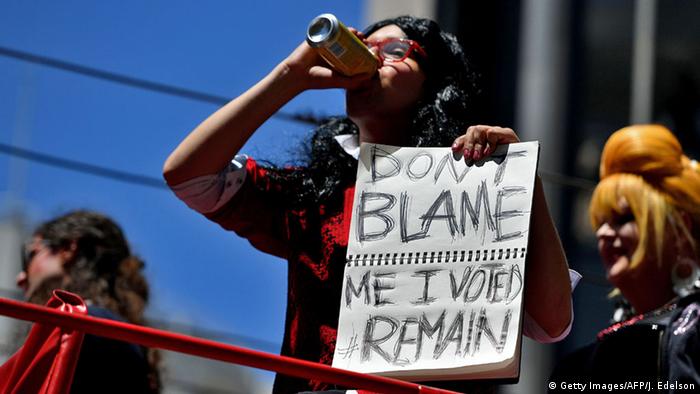 Remainers only hope is a new referendum

Such statements from Brexit's most high-profile advocates certainly make it harder to portray a second referendum as a plot by "Remain" campaigners. "Saying we should ignore the legitimate result of the referendum is out of touch," says Mackenzie. "Saying we should ask people what they think cannot logically be out of touch — that's just a convenient argument to shut people up."

Although Adonis and others are mobilizing to campaign for a second referendum, if it happens, it will most likely be because of splits in Westminster rather than political activism. "It all depends on whether the EU sticks to its guns on a final decision by autumn, or allows May to delay further," Tom Follett, policy and projects manager at think tank ResPublica, told DW. "Politicians waiting for a big change in opinion won't get it until May is forced once and for all to demonstrate that there is no 'have cake and eat it' option."

The question of Europe has long divided the Conservative Party, and these divisions are still very much present. In recent months, May has been attacked by Brexiteers such as Rees-Mogg, because, despite her tough rhetoric, her actions point to a softer Brexit. Meanwhile, Remain-supporting Tories such as Anna Soubry have also criticized the government. It might be that a second referendum is needed in order to get unity in parliament. 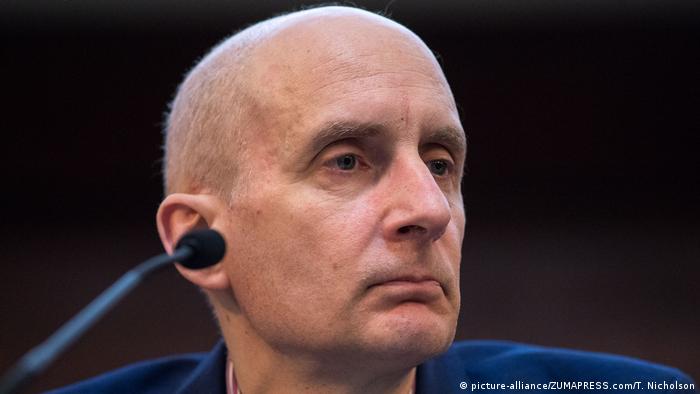 "Going to the people could look like an attractive get-out for politicians facing a choice between a jobs-killing Brexit or a rule-taking relationship with the EU," added Follett. "It is then that Adonis's campaign will really matter because it establishes a second referendum as a 'serious' option. But by the time that big decision must happen, there could be very little opportunity left for parliament to arrange a referendum."

For his part, Oluwole plans to continue campaigning. "It is not democracy if the decision of the people is based on the lies of those who hold the power. For the most part, I don't blame people for voting Brexit. They listened to what their trusted politicians told them and did their best to make the right decision. However, we know that those most affected by Brexit voted against it. So we have a moral obligation to correct that injustice."