UK waits to see how the post-Brexit winds will blow | Environment | All topics from climate change to conservation | DW | 06.02.2018

UK waits to see how the post-Brexit winds will blow

The UK is the current world leader in offshore wind capacity. But with the country heading for the EU exit door, can the renewable energy boom last? 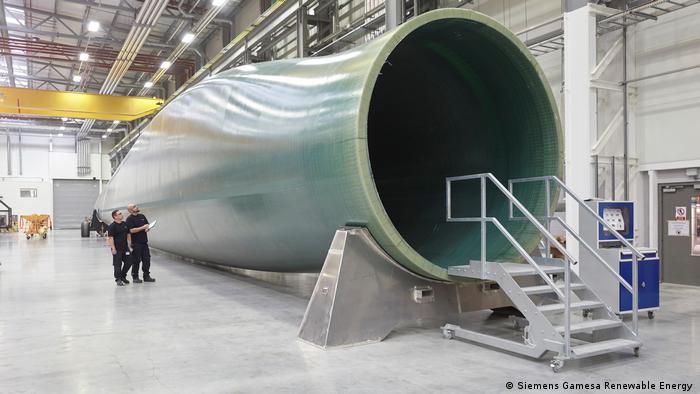 Lying unpainted on its side, the greenish curve of a 75-meter (246 feet) long wind turbine blade bears a passing resemblance to a whale. It's twice the length of a blue whale but at 25 tons, is much lighter than the earth's largest creature.

For employees at the state-of-the-art Siemens Gamesa factory in the port city of Hull in northern England, another comparison is more apt. "Four bull elephants, that's how we equate it," said Alison Maxwell, the head of communications at the facility.

Siemens' £160 million ($223 million/182 million euros) plant has manufactured these great fiberglass beasts for wind farms in Britain since it opened at the end of 2016 in the economically deprived city. And it's a good time to be in business.

At a time when many British commentators are lamenting a potential loss of global influence for the UK after Brexit, in recent years the country has become the unlikely leader in offshore wind farms, with more projects on the books than any other country in the world according to the Global Wind Energy Council (GWEC).

Read more: How a hard Brexit could hurt Germany: Reckoning with the worst that may befall

The UK sector managed to drastically cut the costs of wind energy in 2017, making it cheaper to produce than nuclear. It is also projected to increase its current total offshore wind power capacity from 6 gigawatts (GW) to 30 GW by 2030, with the UK government itself having given a base commitment of generating at least one extra gigawatt of offshore wind power per year, every year until then. 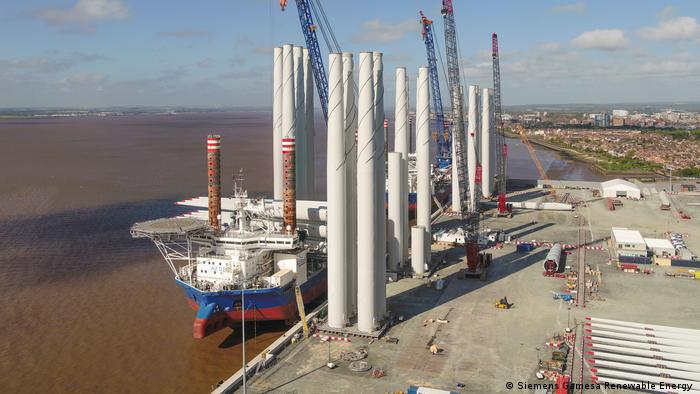 But there is unease about what will happen to the sector when the country leaves the EU — and along with it, the single market and customs union.

"Naturally we view the prospect of the UK being outside the single market — and potentially, tariffs being applied on the trade of manufactured equipment between the UK and the EU 27 — with some concern," says Giles Dickson, the executive director of industry body Wind Europe.

"Currently trade is free between the UK and EU 27 and we would prefer to maintain that. That is logical."

Photographs in the reception area of the Siemens factory in Hull show the history of Alexandra Dock, where the wind plant is located. It mirrors the fortunes of the city itself.

Until the 1970s, Hull was the UK's third busiest port in terms of volume. Train loads of coal were moved onto massive ships from its nine crowded docks. The bountiful North Sea also gave rise to a large fishing industry in the city.

But automation, a dwindling coal industry and the so-called "cod wars," which led to the UK losing access to rich fishing zones, sent Hull and its environs into a long, slow decline. In 2003, Hull was named as the UK's worst place to live in a national poll and by 2016, things hadn't improved much with the city named as one of the "least prosperous" in the UK on the Legatum Institute's global prosperity index. 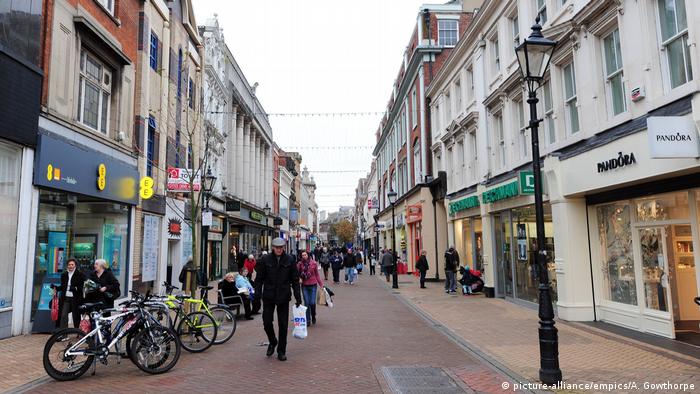 In 2003, Hull was voted in a national poll as the UK's worst place to live

Only recently has Hull regained a sense of optimism. In 2017, it was a UK "City of Culture," while construction on various green energy projects has brought jobs and investment to the region.

Theresa May, the British prime minister, used her speech at the World Economic Forum in Davos in January to play up the Siemens investment while the leader of the Hull city council says 2017 was a "catalyst for change."

The Siemens Gamesa site employs 1,000 people and represents a shift in British manufacturing for offshore wind given that many components used to be imported. Currently, the plant is manufacturing 351 blades to be shipped down the Yorkshire coast for two other major wind projects — Hornsea 1 and 2.

Construction of these offshore wind farms will bring around 2,000 jobs to the area, some for the construction period only, according to Orsted, the company behind the project. Located just over 100 kilometers (62 miles) off the Yorkshire coast, Hornsea 1 and 2 will be the world's largest offshore wind farms, generating enough electricity to power more than two million homes when they are completed in 2020 and 2022 respectively.

European investment: What happens after Brexit?

Nearly 70 percent of Hull's electorate voted to leave the EU, as did the majority of those in Yorkshire's districts. Yet Siemens' turbine blade factory is backed with German money and Danish firm Orsted is building the Hornsea wind farms.

Environmentalists point out that whilst offshore wind is flourishing, that boom has come partly at the cost of government support for other renewables such as onshore wind and solar. Those subsidies have been slashed in recent years. They also highlight the uncertainty over whether or not the UK will continue to operate within transnational EU energy markets and institutions after Brexit.

"Brexit poses its own specific challenges and important questions are still unanswered around the UK's access to the European Investment Bank and the internal energy market" said Alasdair Cameron, a renewable energy campaigner with Friends of the Earth. "But in the longer term the forces driving the shift to renewables seem irresistible." 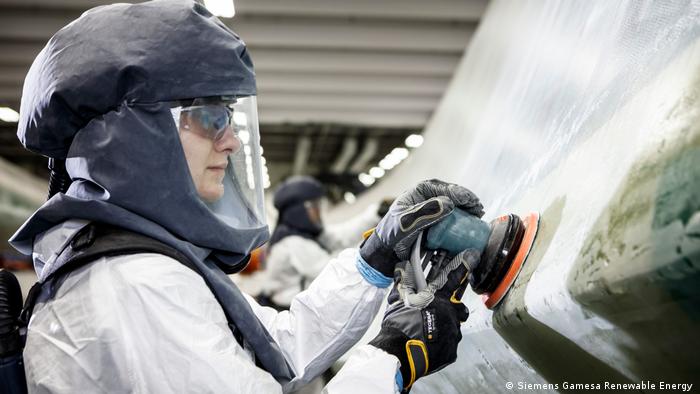 The wind turbines being manufactured in Hull will ultimately stand 100 kilometers off the Yorkshire coast, at the Hornsea 1 and 2 wind farms. From there, they will provide electricity for more than 2 million households

Industry observers including Giles Dickson say positive political noises, such as the government commitment on generating additional offshore wind power every year until 2030, will encourage the European offshore sector and that "on paper, the UK is a very strong market still."

"On paper" is perhaps the key phrase. Until potentially painstaking trade talks between the EU and UK conclude, any tangible, practical impact Brexit may have on the movement of goods, on business and on peoples' livelihoods is still a matter of speculation.

As for Siemens Gamesa, a majority of their materials are locally sourced. The same applies to their workforce. Still, Alison Maxwell says the company, like many others, will be navigating uncharted waters as the UK and EU negotiate a divorce deal.

"Our tariffs are pretty stable," Maxwell told DW, as trolleys buzzed around the vast factory halls. "But in the future, we hope to export our product and expertise and have access to Europe… I guess we'll just have to wait and see."

Not good news: THIS Yorkshire city revealed as 'most deprived place in England'