British PM Theresa May struggles on amid Brexit uncertainty | Europe | News and current affairs from around the continent | DW | 08.01.2018

British PM Theresa May struggles on amid Brexit uncertainty

Despite plunging approval ratings and calls from prominent quarters for a second EU referendum, Theresa May appears to be safe in her job for the time being. Samira Shackle reports from London. 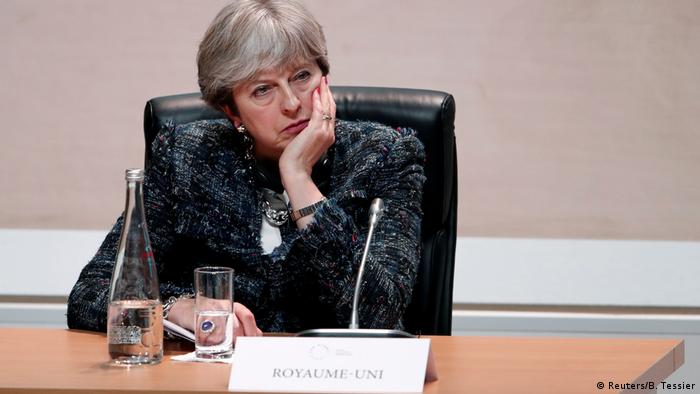 It may be hard to fathom these days, but there was a time when Theresa May appeared invincible. In the aftermath of Brexit, the MP for Maidenhead and long-time home secretary became prime minister and purged her former cabinet colleagues. She had the backing of Britain's powerful right-wing press, and her personal approval ratings were higher than those of former Prime Ministers Tony Blair and Margaret Thatcher at their peak.

That all changed during the snap election on June 8, 2017. During the campaign, May came across as awkward and robotic, undermining the strategy to put her personality front and center. Jeremy Corbyn's Labour Party surged and May's Conservatives were left with a hung parliament and a greatly diminished mandate for Brexit. 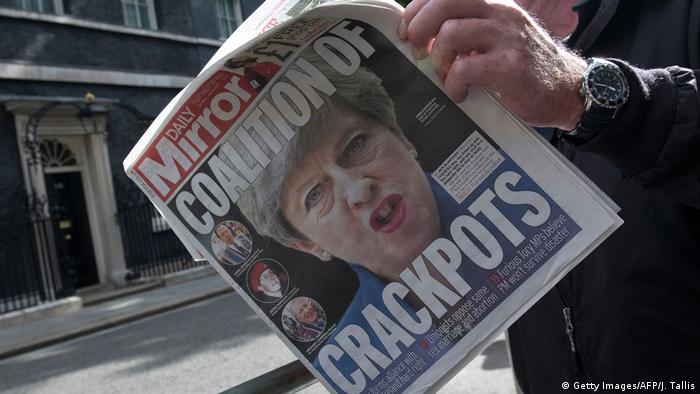 Although weakened by an inconclusive election result, Theresa May has so far defied her critics

"The big lesson from the past year for May must certainly be to recognize the tremendous gap between Westminster and the rest of the country," Sophie Gaston, head of international projects at the think tank Demos, told DW. "While the media and political classes whipped up a frenzy around the prospect of an election to further entrench her existing mandate, weary citizens resented being sent to the ballot box for the third time in three years, and duly made their frustrations heard."

In the months that have passed, speculation that May will not last her full term in office or that she is about to be ousted has been constant in Britain's media. Her personal approval ratings have plummeted, with just one third of the British public satisfied with her performance. Former chancellor George Osborne, now editor of the Evening Standard newspaper, described her as a "dead woman walking." Yet, defying all expectations, she has survived. Why?

Prior to the June general election, the big story in British politics was division within the Labour Party over Corbyn's leadership. Today, it is the Conservatives that appear divided, with decades-old tensions over membership of the European Union coming to the fore as the terms of Britain's exit from the bloc are decided. "May's real skill has been in holding together a deeply divided party long enough to stay in government," says Tom Follett, policy and projects manager at the think tank ResPublica.

In December, after months of political embarrassments and stalled talks with Europe, May announced that the first phase of Brexit negotiations had been completed and that talks would move on. This progress, after over a year of delays, has secured May's position — at least for the time-being. "I am not a fan of May, and think her tub-thumping rhetoric borders on the dangerous and delusional — but the announcement on Brexit talks made me think it might be just that, rhetoric, as the agreements made appear quite sensible," London-based Remain supporter Jenny Thomas told DW. "I'd rather have May in the job than one of the other loons in her party."

Within the Conservative Party, too, May has managed to bridge divisions. "Despite regular bouts of discontent, she remains the only figure that both the hard and soft Brexit factions can live with. Each side fears a full-blown Tory civil war that they might lose," said Follett. "May has delayed that by not making either side compromise. For that reason, no challenger to the throne has yet come forward. Whether the delaying of the final Brexit trade-off is good for the country is another question." 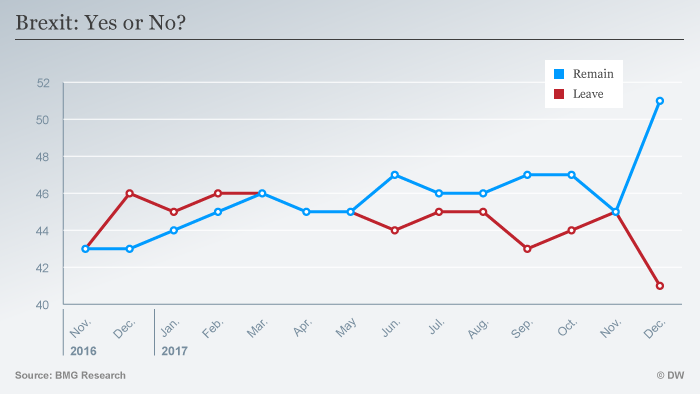 Another factor in May's political longevity is undoubtedly public fatigue. There is little appetite for another election after three years of political upheaval. Further, May's struggles against a hostile press and party may have boosted support with some sections of the public.

"I think some of that 'Iron lady' stuff in the papers when she first took over was a bit over the top, but so is the talk about what a disaster she is," says Surrey-based Conservative voter Kevin Lewis. "At the end of the day, it's an incredibly difficult job that no-one else really wants to do, and she's sticking at it. The stereotype about English people is that we're awkward and reserved, so it feels unfair to pillory her on those terms," he told DW.

Research suggests that others might share a level of sympathy with May. "Recent focus groups I have led across England have demonstrated quite a robust level of sympathetic support for her leadership, and the appetite for further change in a period of such uncertainty and upheaval around Brexit is close to none," said Gaston. "While May's staying power might confound every political rule book, it provides a window into the views of the British people, whose combined fatigue and ambivalence continues to cast the prospect of her continued leadership in a favorable light."

Former treasury chief Rishi Sunak and Foreign Secretary Liz Truss will go through to the final stage of the UK's leadership contest. Trade Minister Penny Mordaunt came in third and has been eliminated.