Theresa May: A dead woman walking?

UK PM Theresa May's plan to recruit Northern Ireland backers to stay in power has raised concerns in Dublin. Her cabinet reshuffle may signal a more open stance on Brexit talks with Europe. 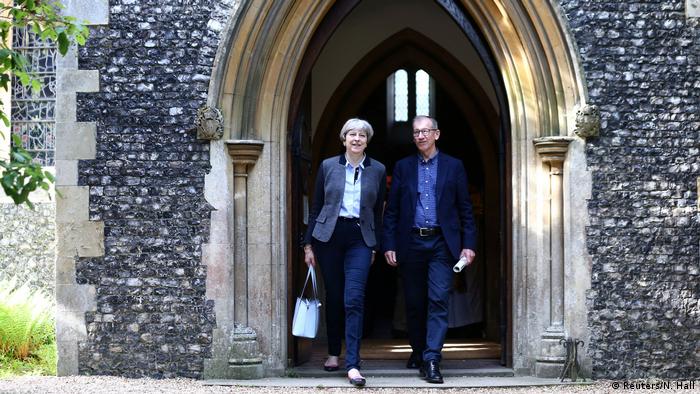 DUP leader Arlene Foster said she would meet May on Tuesday while Downing Street said the incumbent premier would "finalize" a deal in the coming week.

Incumbent British defense minister Michael Fallon said a deal would not amount to a formal coalition, but only the DUP supporting May on "big things." Brexit, he said, would amount to a "new partnership with Europe."

"We are going to see, I hope, more collective decision-making in the cabinet. I and other senior colleagues have made that clear to her," Fallon said of May and her team.

The uncertainty prompted Irish republic premier Enda Kenny to phone May Sunday, warning that "nothing should happen" to put at risk divided Ireland's 1998 Good Friday peace agreement, according to his office.

May had spoken with German Chancellor Angela Merkel by phone on Saturday, insisting that Britain was ready to start Brexit talks "as planned in the next couple of weeks, according to Downing Street. 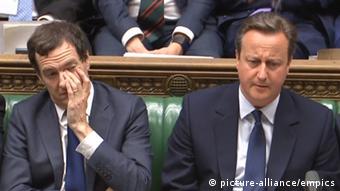 May's conservatives were reduced to 318 seats - eight short of an outright majority - in last Thursday's snap election that saw a surge in votes for the opposition Labour party, especially by young adults who skipped last year's Brexit referendum.

On Sunday, May reshuffled a few names in her cabinet but largely kept her top team of ministers.

She brought Brexit campaigner and party rival Michael Gove back into the cabinet as agriculture minister. He was sacked last year after he made a bid for the party leadership.

"What I'm doing now is actually getting on with the immediate job. And I think that's what's important, I think that's what the public would expect. They want to see government providing that certainty and stability," May said on Sunday.

"What I've done today is see people from across the party accepting the invitation to be in my cabinet, and crucially I've brought in talent from across the whole of the Conservative Party. I believe that's important."

Foreign Secretary Boris Johnson rejected Mail on Sunday newspaper speculation that he planned to oust May, tweeting that this was "tripe" and that May should be left to "get on with the job."

Former Finance Minister George Osborne, a rival who was sidelined by May last year when she took over from David Cameron, told the BBC: "Theresa May is a dead woman walking. It's just how long she's going to remain on death row."

Jeremy Corbyn, whose Labour party won 262 seats, on Sunday predicted a fresh election within months, saying his side would seek to block May in a Queen's Speech debate when parliament re-opened next week. 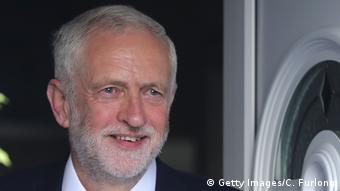 "I don't think Theresa May and this government have any credibility," Corbyn said. "It is quite possible there will be an election later this year or early next year," he told the Sunday Mirror newspaper.

Anna Soubry, a parliamentary Conservative who campaigned last year to stay in the EU,  said: "I don't think she does have a majority in the House of Commons for leaving the single market." 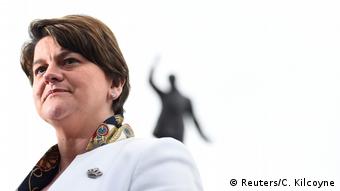 DUP's Foster is to visit May on Thursday

"I just can't see how she can continue in any long-term way," Soubry said.

The DUP's ultra-conservative views on gay marriage and abortion prompted expressions of concern from Scottish Conservative leader Ruth Davidson and a petition signed by more than 700,000 people by Sunday night, objecting to May's "desperate attempt to stay in power."

The British Prime Minister had called snap elections because she wanted a greater majority. But she has been left with even fewer seats, striking a major blow against her ability to lead, writes DW's Barbara Wesel. (09.06.2017)