Brexit Diaries 26: The Three Musketeers of Brexit make a return | Europe| News and current affairs from around the continent | DW | 05.02.2018

Brexit Diaries 26: The Three Musketeers of Brexit make a return

The Three Musketeers, aka the 'Dream Team,' have returned to the Brexit fray. Meanwhile, reality may hit home in some quarters — and there seems to be a case of feline depression in Downing Street. 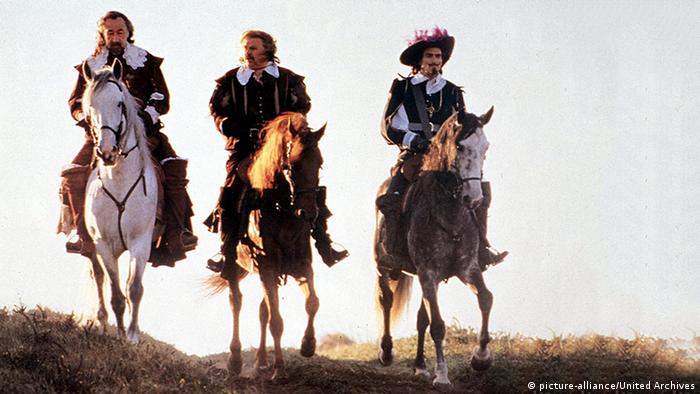 Bravely taking up the fight with all doubters, the Three Musketeers ride again

The Three Musketeers are back. Over the weekend they have dusted themselves off and have now been sent on a new attack against Theresa May. And the cabal of hardcore Brexiteers in the Tory party call them a "dream team," seriously. The idea is to install Boris Johnson as prime minister, Michael Gove as his deputy and Jacob Rees-Mogg as chancellor, responsible for finance. That means Boris, the inveterate liar, Michael, the perennial schemer, and Jacob, the Ayatollah of Brexit, would form a government. In its own way, that's brilliant. 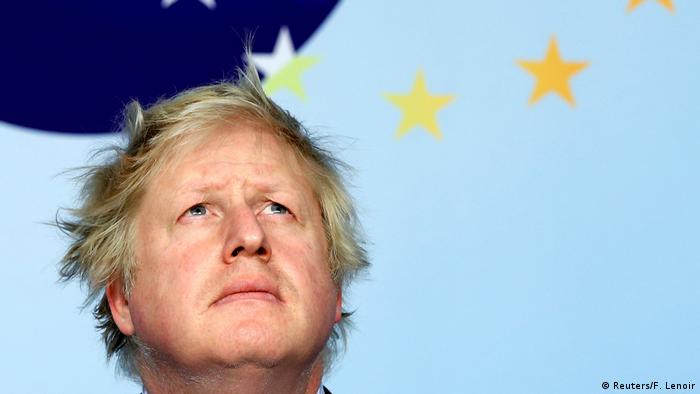 Boris Johnson — perhaps not everyone's idea of a prime minister?

The reason for this new revolt against the luckless May is the battle about the customs union with the EU and the decisive question of whether Britain wants to be in or out after Brexit. Theresa has fudged the issue for months but still promises frictionless trade with Europe, open borders in Ireland and other good things that could probably only be found within. 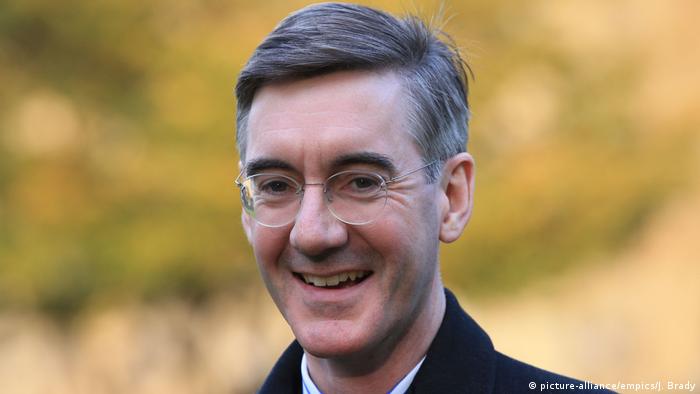 Jacob Rees-Mogg as chancellor of the exchequer?

To the Brexiteers, however, the customs union is the devil's work. They emitted howls of fury when Chancellor Phillip Hammond recently talked about "modest" divergence from EU rules or when Home Secretary Amber Rudd publicly thinks about "customs arrangements" with Europe. 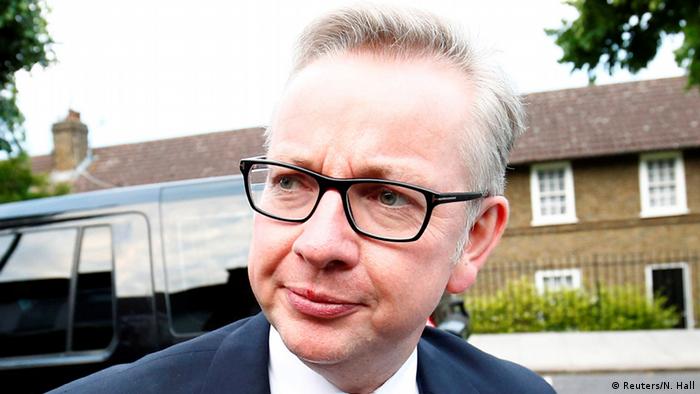 Rebellion is in the air before the "War Cabinet" meets this week in Downing Street to discuss the future strategy.  Even though that might be too big a word: another dodgy compromise sounds more likely. Still, one should watch whether Theresa May still carries her head on her shoulders come Thursday evening — the "Dream Team" certainly would love to lop it off. What they want is a pure Brexit, free and unencumbered by logic, reason or experience. They are indeed living in the land of dreams.

Hats off to Laura Kuenssberg

It was a valiant effort from the interviewer: The BBC's political editor Laura Kuenssberg interviewed Theresa May at the end of the latter's visit to China. And she asked the premier about her plans for Brexit now that decision time has come. Eight times the journalist put this question to the prime minister and for a whole eight minutes, she did not get an answer. The "Maybot" was in full denial mode and could not even understand that there was a question.

Yes, May wants "to take back control over money, borders and laws." And yes, she wants to negotiate a "free trade agreement with the EU on the basis of frictionless and tariff-free trade." And, of course, she wants to sign her own trade deals with the rest of the world. No hard choices here. The prime minister has surely learned from Boris Johnson about having one's cake and eating it, too.

Meanwhile, her ministers are wiggling every which way. The "Softies" want to protect the economy and the Brexit Musketeers the national honor. Those seem to be mutually exclusive goods, judging by the fierceness of the fight.

- Brexit Diaries 24: An elephant in the room

Meanwhile, EU chief negotiator Michel Barnier came to London to pick up talks with his opposite number, David Davis. And this is only about the interim phase – "implementation period" in Brexit-speak – where a fight is now brewing about free movement and citizens' rights. They have five weeks to sort out the issue, and in the end, the EU will win. Sure thing. 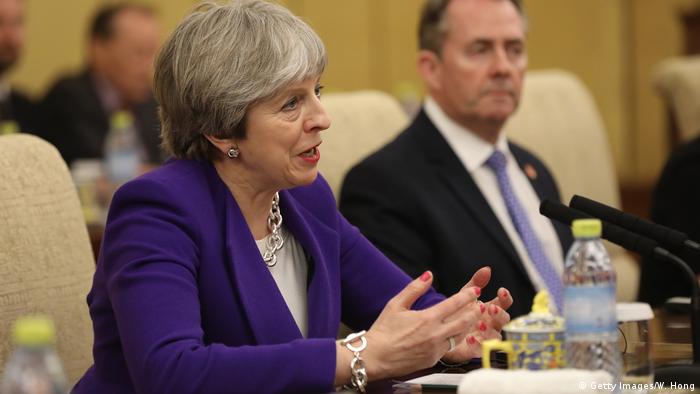 May and Trade Secretary Liam Fox wanted to promote 'global Britain' in China, with modest success

The transition period holds even more pitfalls. When the UK officially leaves the EU on March 29 of next year, it will at the same time automatically drop out of trade deals with 40 international partners. And whereas the Europeans can easily agree on prolonging the legal status quo for Britain during the transition phase, will other countries want to do likewise?

There are first indications that there might be trouble ahead. South Korea is worried about its trade deficit with the EU and already demanding new conditions from Britain. Chile has also started to show concerns. International Trade Secretary Liam Fox needs to go on a world tour and fix the problems. Sadly, they do not seem to fit with his earlier visions of a glorious and all-round easy Brexit. 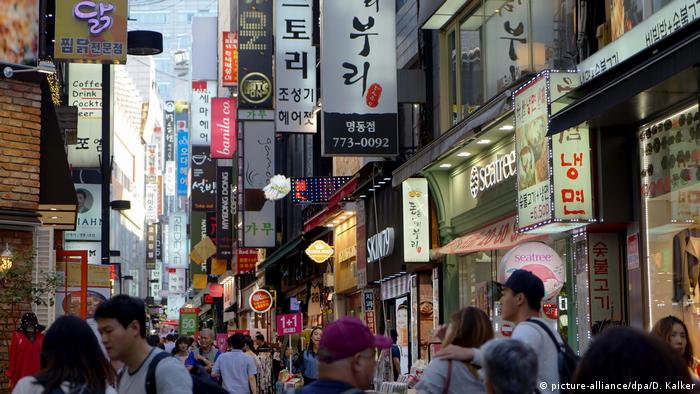 Top secret, not for all eyes

Another Brexit impact study, another uproar. This time, it was a paper prepared by the Treasury and promptly leaked to journalists about the negative impact of Brexit on the British economy. A hard Brexit would reduce growth by 8 percent, and even a soft Brexit would still result in a loss of 2 percent, the experts concluded. The overall results are clear: There will be damage in any case.

-Brexit Diaries 21: David Davis and the struggles of a minister

-Brexit Diaries 20: Theresa May has to square the Irish circle

This message was most unwelcome in the Brexit camp. Rees-Mogg sniped at the civil service and accused it of "fiddling the figures." And Steve Baker from DexEu, the Brexit ministry, roundly declared all forecasts to be wrong anyway.

A further row blew up about publication. Impossible, the government said: This was a top-secret study, for certain eyes only and not for mere MPs to read. We have been there. But then Theresa May relented quickly; these days she has to pick her battles. The number one truism about Brexit will, therefore, be out in public: A country that cuts itself off from its biggest economic partner will suffer.

What's up with Larry, the Downing Street cat?

Larry, the resident cat of 10 Downing Street, is not doing his work. He is not catching enough mice and rats. Public record has it that humans had to intervene almost 30 times last year. 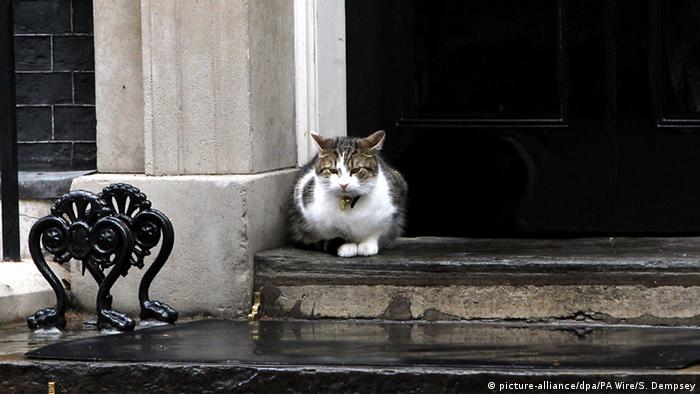 What's wrong with the cat? We have to remember that Theresa May only reluctantly took him on from her predecessor, David Cameron. Not until her PR people reminded her that it would be bad karma to send Larry back to the shelter did she relent. The cat must feel like an unwanted child in a foster home.

He may also suffer from the desperate atmosphere in Downing Street. How can a cat be a forceful hunter when its mistress is barely holding on to her job? Larry does not look like a happy cat. Maybe the vet should prescribe anti-depressives — or simply a new government.

Theresa May has less than two weeks to come up with a plan to foot the Brexit bill. Meanwhile, Ireland is playing hardball over an open border and Milton Keynes has had its European City of Culture hopes dashed. (27.11.2017)

Brexit: UK and EU on collision course over residency rights

Theresa May has said EU nationals arriving in the UK during the Brexit transition period will lose some rights. Brussels has warned the UK must secure full citizens' rights until 2020 in exchange for market access. (01.02.2018)