Brexit Diaries 21: David Davis and the struggles of a minister | Europe| News and current affairs from around the continent | DW | 12.12.2017

Brexit Diaries 21: David Davis and the struggles of a minister

We need to talk about David Davis, what the alignment of carrots has to do with Brexit and the mystery of the missing impact assessments. Apparently, Davis may also have a different Brexit bill in mind. 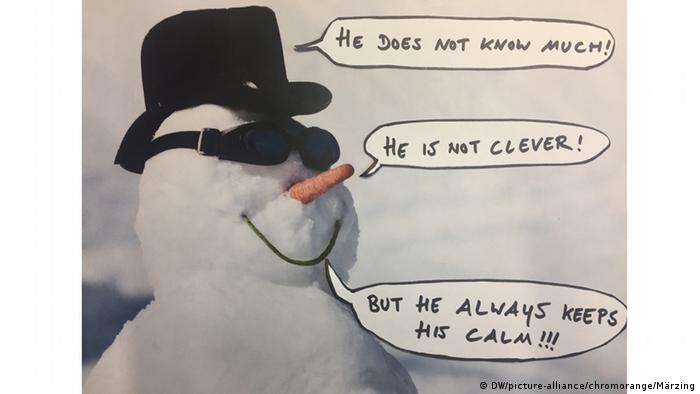 On Monday morning, UK Brexit minister David Davis lifted the lid on the big secret of negotiations over Britain's looming divorce from the EU in an interview with London talk radio LBC. What qualities does a Brexit minister need, the presenter asked cheekily. A somewhat flippant Davis replied: "You don't have to be clever. You don't have to know too much detail." All one had to do was keep calm during negotiations. Well, that explains everything. Why the divorce talks in Brussels dragged on for eight months, why the way was peppered with red lines and U-turns and why still nobody understands what on earth is going on with the Irish border. And why Davis once again put his foot in it during a Sunday BBC talk show.

The alignment of carrots

Presenter Andrew Marr did his best to understand what Davis and Prime Minister Theresa May had agreed to with the EU over the last week. The main sticking point had been Ireland and avoiding a hard border between the North and the Republic after Brexit. Britain conceded it would be ready to implement regulatory alignment if necessary. That would mean no barriers along the invisible frontier through the island of Ireland. Everything can go on as before. 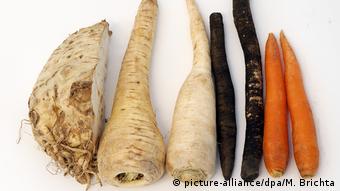 Will carrots look the same everywhere on the island of Ireland?

But didn't the government want to leave the customs union and the single market, an incredulous Marr asked his guest. Of course, Davis said, the whole point is to take back control. But how is that possible if at the same time we have regulatory alignment? "Will our carrots be like their carrots?" Marr asked. No, said Davis, "we will not keep their regulation, it's about product standards." So, different carrots after all? Clear as mud.

As he got comfortable in his chair, Davis inadvertently dropped another bomb shell. The promised billions for the Brexit bill, the reassurances on citizens' rights and the guarantee for the Irish border, indeed the whole divorce agreement, would depend on the final deal. "If there is no deal, we will not pay the money." In other words, Davis thinks the UK is not legally bound to fulfill its commitments.

The Empire strikes back

Little cries of fury could be heard in Brussels. Why had they given lunch to Theresa May on Monday, then granted her three additional days and finally offered her breakfast on Friday, just to reach this point if none of it had any meaning? 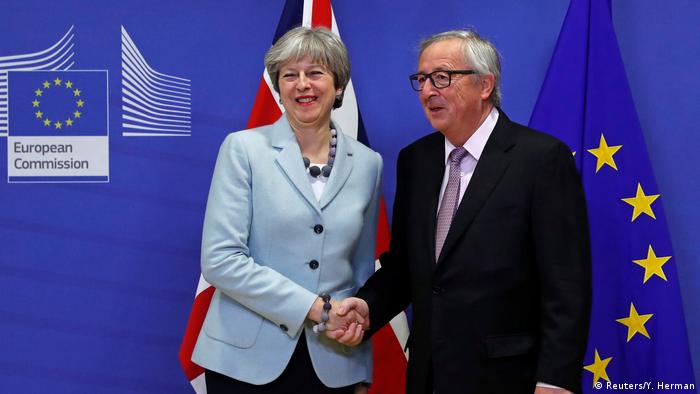 Smiles aside, Brexit talks have not been easy between May and Juncker

European Commission spokesman Margaritis Schinas was the first to react: The divorce deal was a "gentleman's agreement" which Commission President Jean-Claude Juncker and May had shaken hands on. But as legal experts pointed out, those types of agreements bind the politicians who shake on them and not the countries they represent. So the Brexit minister was in fact right and May could just walk away from everything if she suddenly changed her mind.

And it's exactly for cases like this that the EU has lawyers. They quickly added a paragraph, that phase II of Brexit talks "can only progress as long as all commitments undertaken during the first phase are respected in full and translated faithfully in legal terms as quickly as possible." The empire cannot be messed with, it strikes back.

The mystery of the Brexit impact assessments

The battle about the Brexit impact assessment has been raging for weeks. The Brexit Select Committee, made up of prominent British MPs, kept demanding their publication after Davis had said in November that studies had been carried out for 56 economic sectors in "excruciating detail." Parliament wanted to read them but the government didn't budge. Ultimately it took a rule dating back to the 18th Century to force a response. We can't publish the studies, that would undermine our negotiating position, was the answer. A private reading room with a mobile phone ban was proposed. In the end the committee had had enough and demanded Davis appear for questioning. 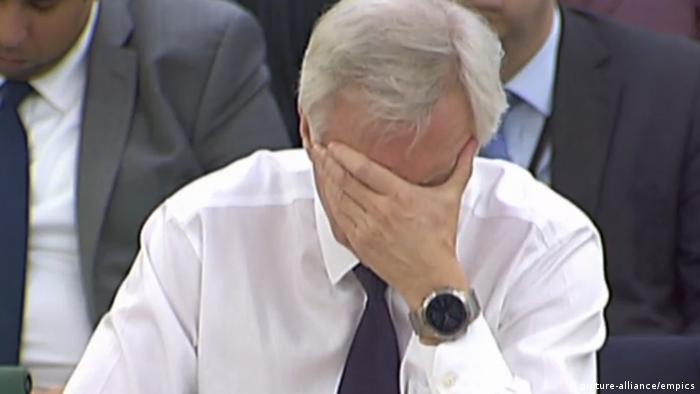 Davis struggled to provide answers on the Brexit impact assessments

The chairman was not going to make it easy for him. He wanted an answers. But Davis was evasive.

"Has the government undertaken any impact assessments about the implications of leaving the EU of different sectors of the economy?" asked Hilary Benn.

"So there isn't one for the automotive sector?"

"For aerospace? For financial services?"

Gasps were heard from the committee. The impact assessments which had caused so much trouble don't exist after all?

The chairman was incredulous. "Isn't it strange that a government that undertakes impact assessments on all sorts of things … about the most fundamental change we're facing as a country, you're telling us has not undertaken any impact assessment at all?"

Well, studies had been done about several economic sectors in order to understand the hurdles with regard to regulations, Davis said in an attempt to explain the inexplicable. And besides, "I am not a friend of economic models because they have all been proven wrong." Exactly. If you believe in Brexit you don't need any impact assessments. It's like children who believe in Father Christmas.

'Tis the season to be jolly

At Theresa May's first day in Parliament after the deal in Brussels, Christmas cheer was already in the air. Brexiteers celebrated the result in the most smarmy terms and even Remainers seemed quite pleased. "This is good news for people who voted for leave, that were worried … that it was never going to happen, and it is good news for people who voted remain, who were worried that we would crash out without a deal," said May. There was a new sense of optimism. It was as if her speech was accompanied by choirs of angels. However, for the first time next week the prime minister will sit down with her cabinet and talk about what they really want to achieve from Brexit. A discussion that will surely silence those angels.