Brussels will insist that the UK's separation agreement be made legally binding after Brexit Minister David Davis suggested it was merely a "statement of intent." Davis has been accused of undermining trust. 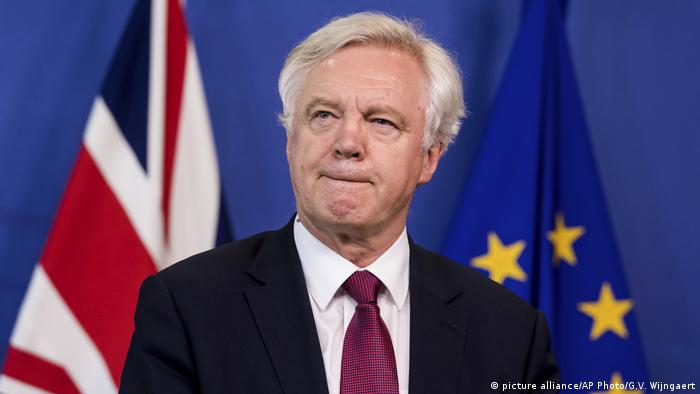 The move comes after by Britain's Brexit Minister David Davis said in a Sunday interview that last week's deal to complete the first phase of negotiations were a "statement of intent" rather than "legally enforceable."

British Prime Minister Theresa May, eager to move onto the second phase of negotiations and open talks on future relations, agreed to keep "full alignment" with EU's single market regulations that avoid a hard border between Ireland's north and south. The British government also agreed to make concessions on the UK's so-called Brexit divorce bill and citizens' rights.

However, in the House of Commons on Monday, May also said that the UK's agreement to pay a reported €40-45 billion ($47-52 billion) as part of the Brexit divorce bill was only "on the table in the context of us agreeing the partnership for the future... If we don't agree that partnership, then this offer is off the table." May, answering questions from euroskeptics in her own Conservative party, said that "nothing is agreed until everything is agreed."

- Opinion: Brexit – that was the easy part

Although Davis insisted on Monday that his remarks were taken out of context, the Brexit minister nevertheless raised sufficient fears in Dublin and Brussels that the UK could be prepared to pull away from the pledges it made in Brussels last week.

Verhofstadt called the Brexit secretary's remarks "unacceptable," and posted photos of two proposed amendments seeking to hold the UK legally accountable to its agreements. The European Parliament is due to vote on the motion later in the week.

"I have seen a hardening of the position of the Council [European heads of state or government], and there will be a hardening position of the parliament," Verhofstadt later told reporters inside the European Parliament in Strasbourg. "It's clear that the European Council will be more strict now in saying... we want that these commitments are translated into legal texts before we make progress in the second phase."

Verhofstadt added that Davis's comments were an "own goal" that risked "undermining the trust that is necessary in such negotiations."

Following Verohfstadt's comments, Davis moved on Tuesday to emphasize the importance of last week's agreement, posting on Twitter that he looked forward to getting it "converted into legal text as soon as possible."

The leaders of the 27 remaining EU nations will decide on Friday whether to green light the beginning of talks over a post-Brexit transition period and what the UK's future relationship with the bloc will look like.

Read more: Brexit deal: What we know about the EU-UK agreement

Provided phase two be allowed to go ahead, trade talks would still not be set to begin until March. European ministers insist the British government must use this window to provide "further clarity" on how it envisions its future relationship with the EU.

May's government has said it will leave the EU's single market and customs union, citing a desire to reclaim control of migration and legal affairs, but is still voicing hope of agreeing what May on Monday termed a "partnership for the future" in phase two.