Bibiana Steinhaus is the first female Bundesliga referee in league history, but she doesn't think it's a big deal. She ended her career after officiating the DFL Supercup between Bayern Munich and Borussia Dortmund. 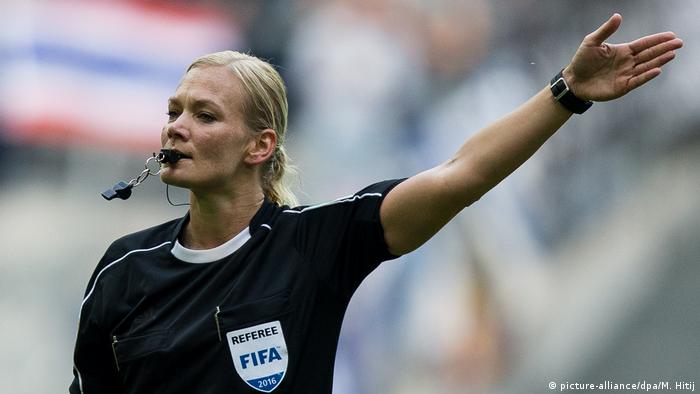 Bibiana Steinhaus never liked the question. She'll gladly talk about football, maybe even wrong decisions. But the gender debate never appealed to her.

"At the end of the day, it's the performance that counts," Steinhaus told DW in 2017. "And the person who has the best performance should be allowed to be on the pitch, regardless of gender, hair color or religion. That's all that counts."

Read more: Bibiana Steinhaus: 'Being a referee is about quality of performance, not gender'

Steinhaus, 41, is a police officer and a football referee. Since she stepped into the public sphere, she knows she is often confronted with the topic she doesn't like.

After her debut in the Bundesliga, the mass circulation Bild newspaper printed the headline "Bibi is the Best," a trivialization of her first name. Her presence on the pitch has even led to Iranian state broadcaster IRIB refusing to show matches.

"In general, I don't like headlines about the refereeing because it means that you were the focus of  the game, and that is definitely not good," she said of the headline.

"I like the headlines when they are about performance, less so when it's about being a woman in this job because I do it just like everyone else."

She became the first female referee to officiate a German Supercup game when treble winners Bayern Munich beat Borussia Dortmund 3-2 on Wednesday. She first became a certified referee in Germany in 1999, and she became a FIFA referee for international competitions in 2005. 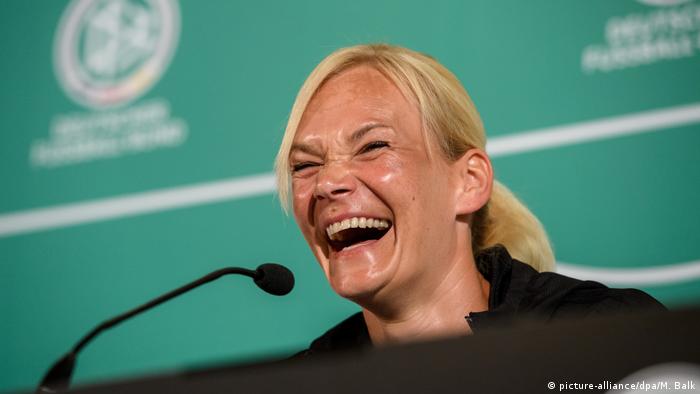 Steinhaus once told a podcast from German magazine Stern how much pressure she felt before her first Bundesliga game between Hertha Berlin and Werder Bremen in 2017.

"I was lying with our physiotherapist in the catacombs and breathing under guidance," Steinhaus said. When she walked on the pitch, she knew: "Nothing bad can happen. It will be okay. And that was it."

Her professional experience as a police officer helped her on the pitch.

"We don't make the rules, but we have to enforce and ensure people behave accordingly," she explained to DW. "Sometimes it takes a while to earn people's respect. In the end, it's the police or the referee who makes the decision. Eventually people understand who is making the calls."

Steinhaus the referee has been named Germany's "referee of the year" six times and refereed during the Women's World Cup and Women's Euros three times each. Once, Franck Ribery pulled her shoelace during a freekick. That would not happen again, Steinhaus said later. She wound up being right.

The DFB annonced on Wednesday that Wednesday's German Supercup would be her last game. The decision was made for personal reasons. She's been in a relationship with the English former FIFA referee Howard Webb, who lives in New York. It would be typical for her not to make a big deal about her retirement, either.

A woman in the men's game: Ellen Fokkema, 19, has been given the green light to play for a fourth-division Dutch men's side next season. Could gender neutrality be a model for German football?