"Overpriced" and scarce real estate in Germany's largest cities are deterring investors, according to a consultants' study. Instead, they're turning to Lisbon and London — despite Brexit. 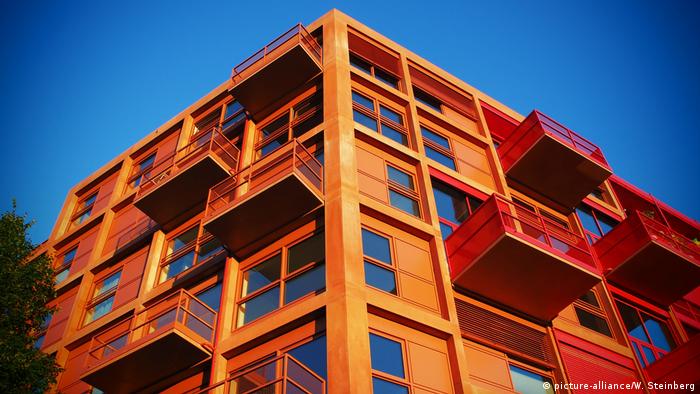 Lisbon, Portugal's capital, was top-ranked in the report "Emerging Trends in Real Estate Europe 2019" because of its above-average returns and high growth potential, including projects to provide office space.

Despite soaring prices, the German capital Berlin came in second, with Frankfurt, Hamburg and Munich all making the top ten.

Survey respondents had described pricing in urban hubs in Germany and elsewhere in Europe as "near the peak," well advanced" and "overpriced," she said.

Real estate investment in Berlin amounted to €8 billion despite its prices "going through the roof."

Every second euro invested in German real estate projects priced individually above €10 billion had come from foreign investors, according to the Association of German Mortgage Banks (VDP).

Capital was still flowing into Europe, especially from Asia, but a lack of suitable assets was "one of the main barriers to investment," said van Doom.

Britain – despite Brexit – summed highest for real estate investment at €68 billion ($77.6 billion) over the 12 months through to September, the survey found.

Of that, London, accounted for 20 billion "at odds with the increasing volume of concern expressed by many." For 2019, investors expected British prices to sink.

A "remarkable shift" to "niche" sectors had occurred over the past five years, added Gareth Lewis, head of real estate research at PwC - reflected, said the report, in the "growing influence of social value alongside financial returns."

According to a study, travelers in Europe have to pay an average of 242.90 euros for an overnight stay in a hotel in Geneva. In the German capital Berlin a hotel room is still comparatively cheap to have. (16.04.2018)