According to a study, travelers in Europe have to pay an average of 242.90 euros for an overnight stay in a hotel in Geneva. In the German capital Berlin a hotel room is still comparatively cheap to have. 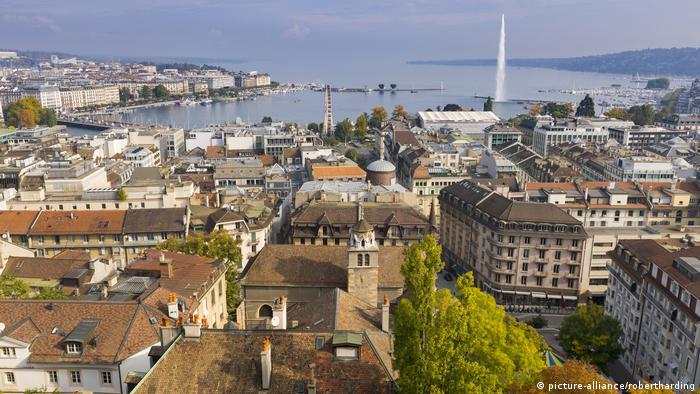 Even though room prices in the Swiss city have fallen compared to the previous year, Geneva is still the most expensive destination in Europe for tourists. This is the result of a ranking by PricewaterhouseCoopers PwC, in which the auditing and consulting firm examines the hotel market in Europe every year. 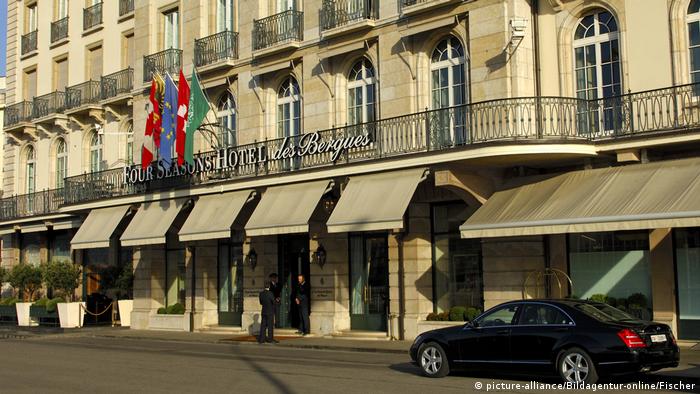 Paris came in second with an average of 231.30 euros per overnight stay, followed by Zurich with 203.90 euros. Hotel rooms are also expensive in London, Rome and Amsterdam.

According to the study, hotel guests in Germany in the banking and trade fair city of Frankfurt had to pay a rather high average room price of 122.10 euros for an overnight stay. In Berlin an average overnight hotel stay costs 95.70 euros per night.

According to PwC, last year the number of international visitors in Europe rose by eight percent. Dirk Hennig, a partner at PwC Germany, says the hotel industry has particularly benefited from this increase.

On the right, a cow, and on the left, a Rolex watch. Alpine idyll and luxury: that's Gstaad in Southwestern Switzerland. But this vacation destination is, like many others, being affected by climate change. (27.02.2018)

The writer Hermann Hesse praised his beloved Swiss Alps to the skies, although the other tourists in the Engadine Valley really got on his nerves. (25.08.2017)

Many things tend to be a little different in Switzerland - instead of a capital they have a federal-city. And in it you encounter some strange creatures: dwarves, bears and child-eating ogres - making Bern unique. (25.10.2017)