The writer Hermann Hesse praised his beloved Swiss Alps to the skies, although the other tourists in the Engadine Valley really got on his nerves. 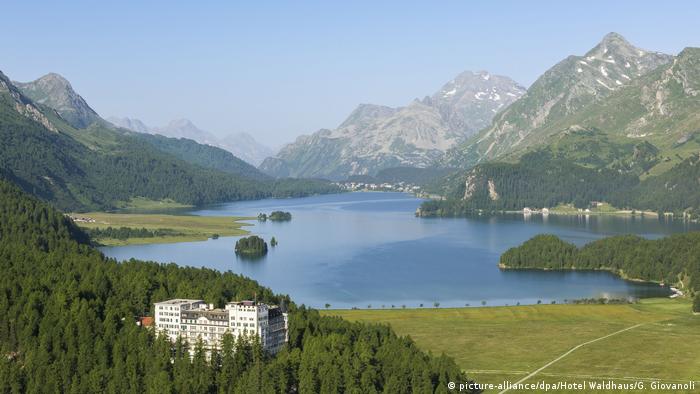 Hermann Hesse turned out to be a proper killjoy: the writer was quite a cantankerous hotel guest. He became annoyed about the "older and elderly" among the other guests who drank and danced exuberantly: "Everything roars and steams with hilarity," he wrote, disgusted, and lashed out at the "whipped-up cheerfulness". Nonetheless, that couldn't dampen his enthusiasm for the Engadine mountains in Switzerland.

A destination for authors

That love affair began in 1905, when Hesse (1877-1962) first went to the canton of Grisons, or Graubünden, as a 30-year-old. He often came to go hiking, but starting in 1949 until shortly before his death he spent several weeks every summer in Sils Maria, near St. Moritz. He wrote that it was a mountain world in which the soul could take courage and breathe. Now we might say "leave its cares behind."

The villa inspired him to write masterpieces, as literary editor and Hesse expert Volker Michels has found. The poem "Müder Abend" is among them: "The murmur of the evening wind / laments, stifled, in the leaves / heavy drops fall, one at a time, into the dust."

Sils Maria is proud of "its" writers to this day. The philosopher Friedrich Nietzsche spent seven summers there in the 1880s and found the inspiration for his most famous work, "Thus Spake Zarathustra," there. Other writers, such as Thomas Mann, were there, and painters and musicians continue to come. Sils Maria sees itself as a magnet for tourists interested in the arts. 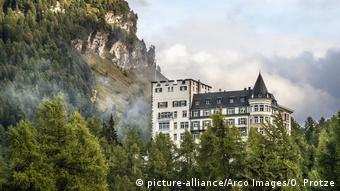 "During the first two years, Hesse wasn't exactly easy," says Felix Dietrich. Dietrich was the fourth generation of his family to run the 5-star Waldhaus Hotel before he turned it over to his son in 2010. Hesse first lodged on the main floor, above the bar, but the music was too loud for him, as Dietrich reports, citing the recollections of his parents-in-law, Rolf and Rita Kienberger, who ran the hotel at the time. In the end Hesse was given other rooms, numbers 60 and 61, and from then on everything went well. Hesse wrote heartfelt thank-you letters to the Kienbergers and gave them books with personal dedications.

"We stroll again beneath the larch and pines, grateful for the grandeur and nobility of this, the most beautiful mountain scenery that I know," he wrote in a letter from Sils Maria. Admittedly, in another letter he deplored the build-up of "large and small dwellings" and infiltration by outsiders. But the village and its 700 inhabitants have been spared the worst evils of tourism, such as unsightly new buildings. The larch and Swiss pines are still there, as in the past. 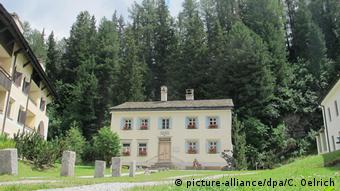 Nietzsche's house in Sils Maria is now a museum

Locals in Sils Maria speak of its surroundings as places that are sources of esoteric energy, where visitors can recharge their batteries, so to speak. The wooded Chastè peninsula in Lake Sils is such a place. Tourists from abroad sometimes stand there slightly baffled by the Nietzsche Stone, a gigantic slab inscribed with the words: "O man, take heed! What saith deep midnight's voice indeed?" from "Zarathustra." Hesse found the stone ugly. He admired the philosopher and ensured that the house in which Nietzsche had spent his summers was not demolished, but instead turned into a museum.

A friend of nature and gourmet

Hesse was athletic, and skied elegantly for years. He was also a capable hiker, as companions testified. Even at the age of 78, he and his third wife Ninon Dolbin walked to the restaurant "Die Sonne" in the nearby Fex Valley. It wasn't a forced march, but it was a good hour of constant uphill walking. "The way from Waldhaus to the chapel in Fex and Die Sonne is one of the longest walks I can manage on a good day," Hesse lamented. It's an Alpine paradise in the evenings: narrow paths through lush meadows and past solitary farmhouses, with high mountains in the background and the ringing of cowbells. 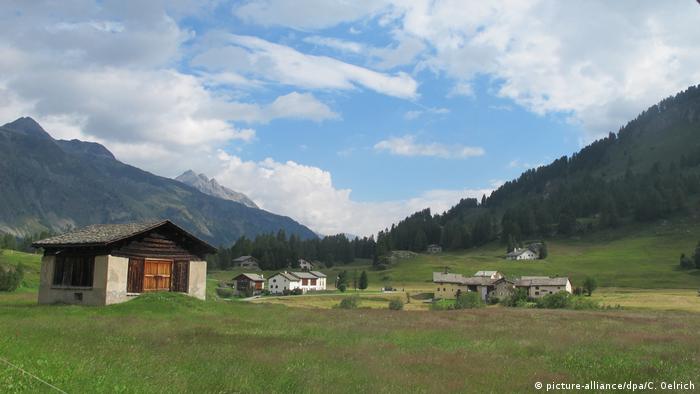 The Waldhaus Hotel has preserved many items of Hesse memorabilia. Among them is a menu from 1956. Hesse ate "Wiener Backhendl," Viennese breaded fried chicken. "Quite simple food," says Dietrich. After all, the Waldhaus prides itself on its fine cuisine. At least there was "poire bourdaloue," a pear tart, as dessert.

It's just about possible to imagine the gaunt Hesse at a neighboring table, taking five o'clock tea in the lounge. The hotel is more than 100 years old, and its creaking floorboards evoke the charm of the past. Now, as in Hesse's day, the hotel's own classical music trio plays at teatime, and people talking loudly on their cellphones never mar the sedate atmosphere. They are politely requested to retire discreetly to one of two specially-built mobile phone booths just outside the lounge. According to the registration form, the Hesses paid 54 Swiss francs a day for two rooms. This summer the smallest room is listed as costing more than 200 francs (180 euros). 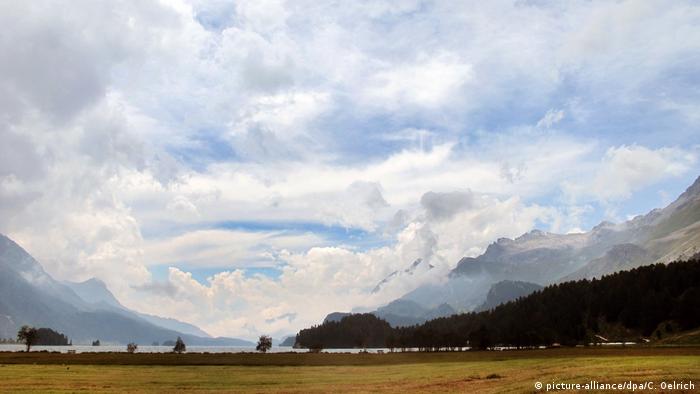 An inspiring panorama: Sils Lake in the Engandine region

Hesse wasn't just inspired to write poetry there. He blossomed as a painter as well, exhilarated by the distinctive light: "The brisk, cool, dry mountain air lends a special freshness to every color," he wrote. He captured a great deal in watercolors and pen-and-ink drawings: in winter, he painted the dark green fir trees in the snow and houses in sunshine casting shadows in the snow. Later he captured the rich hues of summer vegetation.

Ultimately, Goethe got his Doctor of Jurisprudence degree in Strasbourg. But he spent more time with his beloved in Sessenheim. The village in Alsace has been glad to reap the benefits. (15.08.2017)

Heinrich Böll was a critical voice in the young West Germany, and often met with hostility. To compensate, he flew every summer to a rugged country on the edge of Europe - between moorland and the sea. (12.09.2017)