Captivated by the romantic landscape, Thomas Mann built himself a summer house on the Curonian Spit. The Nobel literature laureate spent carefree days there - although they were all too short. 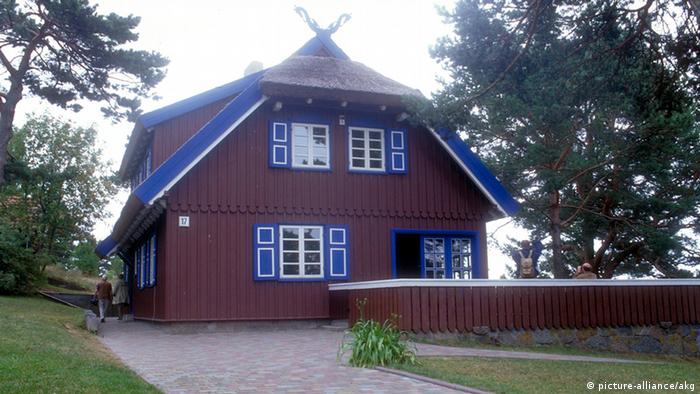 For Thomas Mann, it was love at first sight. It took just a few days in the summer of 1929 for the famous author to lose his heart to the countryside on the Curonian Spit. Struck by the uniqueness and beauty of the natural surroundings, the writer (1875-1955) had a summer house built in the Lithuanian fishing village of Nida.  But Mann and his family were able to spend only three summers in their holiday home on the Baltic Sea. The Nazis' seizure of power forced them into exile.

"Thomas Mann had dreamt of having his own summer house on earlier trips. But it was first fulfilled here," says Lina Motuziene. The Lithuanian woman is head of the Thomas Mann Cultural Center, which since the mid-1990s, together with a museum, has been housed in the reddish-brown wooden building with thatched roof and shutters and gable trim in "Nida blue."

A paradise between a lagoon and the Baltic

Thomas Mann and his wife Katia discovered the idyllic strip of land quite by chance in the course of a trip to Königsberg (now Kaliningrad) in what was then East Prussia. Following a recommendation, they drove for the last days of their holiday to Nida, which until the end of the First World War had been part of German Memel Territory and had developed into an artists' colony. 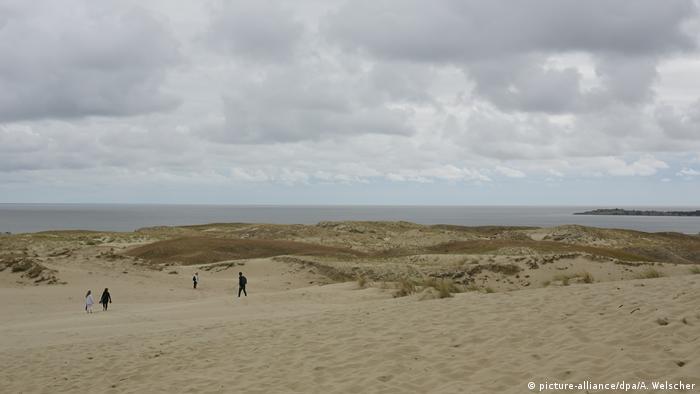 View over the dunes of the Curonian Spit

The short stay left a deep impression. "This fantastic world of shifting dunes, the birch and pine tree groves with grazing elk between the lagoon and the Baltic, the wild magnificence of the beach - all this struck such a chord in us that we decided to build a permanent residence in this remote location," is how Thomas Mann described the reasons for building the Nida summer house.

The house, designed by a local architect in the style of a fisherman's cottage, was completed a year later. On July 16, the family moved into their simple but, by local standards, comfortable summer residence. Building funds came from money awarded for the Nobel Prize in Literature, which Mann had won in late 1929 for his first novel, "Buddenbrooks."

First work, then the beach

The presence of the writer and his family led to an upsurge in tourism in Nida.

Nowadays it once again attracts tourists, especially those from Germany, who come to visit Thomas Mann's house in the summer.

After damage from war and alterations during the Soviet era, the house now seems unscathed since its renovation a good 20 years ago, looking as lovely as it once did. The furniture, however, is missing. It was looted after the Second World War. But the photographs, newspaper cuttings and display panels of the permanent exhibition give an impression of the Manns' lives and activities in Nida. 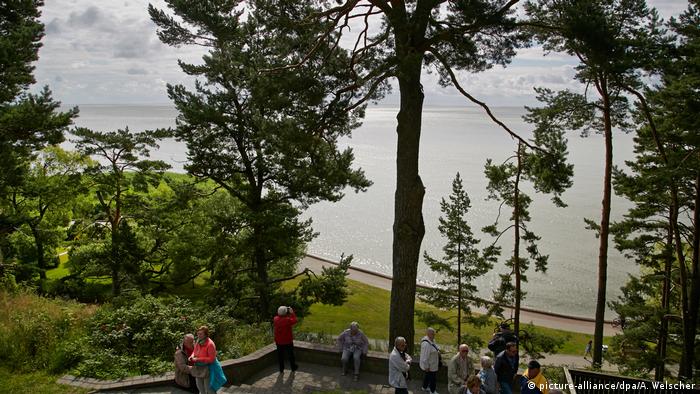 On the lower floor are the living room with fireplace and the veranda, which offers a marvelous view of the Curonian lagoon. So does Mann's study in the mansard above it. Thomas Mann spoke of his "Italian view." That view is no longer so easy to make out - the pines on the hill above the dunes have grown so tall that they now tend to block it.

In his small study, which is now entered by about 50,000 often reverent visitors annually, Mann devoted himself to his work, even while on vacation. "He always had a very strictly disciplined daily routine," Motuziene relates. The family had to make allowances for that.

Pictures in the summer house of the family at the beach or taking tea on the terrace also bear witness to the Manns' daily holiday routine. While the great man of letters was absorbed in his work and avoided public life, his children enjoyed their time on the Baltic seaside. But Nida was to remain an untroubled summer paradise for the Manns for only a short time. The political developments in Germany at the time cast their dark shadows over the picturesque fishing village, as elsewhere. 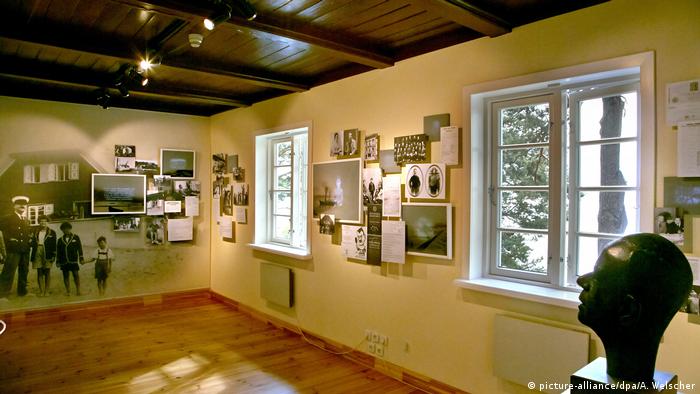 After a polemic in the Berliner Tageblatt newspaper in which he condemned attacks on opponents of the Nazis in Königsberg and warned of the growing danger of the pestilence of National Socialism, Thomas Mann found a parcel in front of his summer house in 1932. It contained a burnt copy of "Buddenbrooks."

Without knowing that he would never again see this "beautiful spot," the writer left his beloved Nida in September 1932. The parting was to be final.

After Hitler's seizure of power, the family left Germany in 1933 and immigrated to the USA after they were deprived of their citizenship. Thomas Mann never returned to Nida, which his favorite grandson Frido says had become a "refuge, and perhaps even a sort of prelude to exile."

During his exile, Thomas Mann lived in a villa on the edge of Los Angeles. To honor its history, the German government purchased the house, which is now home to a residency program for outstanding cultural influencers. (20.09.2017)

The writer Hermann Hesse praised his beloved Swiss Alps to the skies, although the other tourists in the Engadine Valley really got on his nerves. (25.08.2017)

Herman Melville's classic novel "Moby Dick" deals with whaling, but its author wrote it far from any coast, in the middle of western Massachusetts. Melville found inspiration in his house in the Berkshires. (06.09.2017)