Amid intense rivalry in the grocery business, Aldi Nord says it wants to put apartments above some of its supermarkets. Real estate in the German capital is at peak demand, amid high immigration and a lack of new homes. 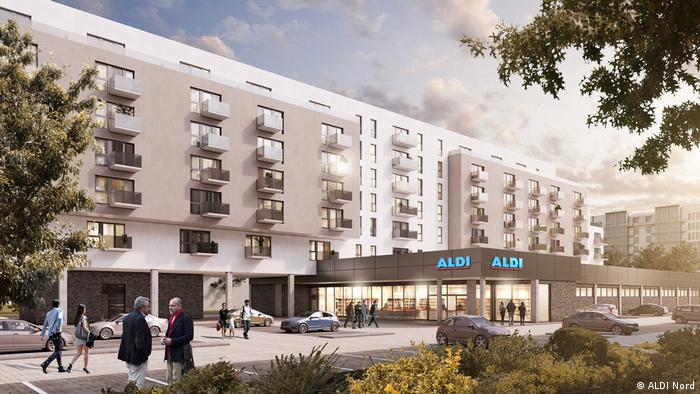 One of Germany's famous discount supermarket chains, Aldi Nord, said on Wednesday it plans to help tackle the housing crisis in the capital, Berlin, by building dozens of flats above 30 of its stores.

"This is our idea: an Aldi store on the ground floor and flats above it," said a spokesman for the northern German division of the budget grocer.

Aldi Nord said the construction of 200 apartments is already underway at two branches in the city's southern Neukölln district and Lichtenberg in the east. Firm plans have been submitted for a further 15 locations.

In total, some 2,000 flats will be built and rented to students and others needing affordable accommodation.

The move into residential real estate comes as Aldi Nord and other budget grocers pursue a strategy of building bigger branches of up to 1,400 square meters (15,000 feet), a third larger than current stores.

The new branches will allow them to stock a wider product range and head off competition from more premium supermarkets like Rewe and Edeka.

The company said it was a logical step to build flats above its new larger stores, a template it has already introduced in the northern city of Hamburg. 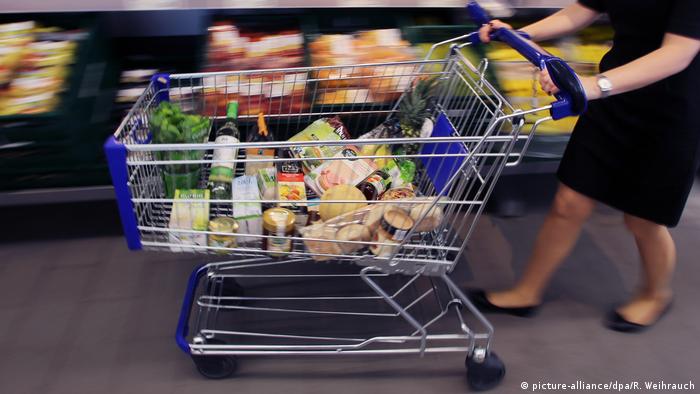 The project follows similar attempts by British supermarkets including Tesco and Sainsbury's to enter the real estate business, by building above their London stores.

Berlin's state government has said it wants to encourage the building of more flats on supermarket sites, which often have single-use planning permission.

Berlin's population currently stands at 3.5 million, but is expected to reach 4 million by 2035, according to a forecast by the Cologne Institute for Economic Research (IW). Other analysts predict the German capital will reach that figure a decade earlier.

City officials say some 194,000 homes will need to be built in the capital by 2030 to meet the population influx and to ease skyrocketing real estate prices and rents.

Rents in some areas of Berlin have been rising as much as 10 percent per year, partly due to an annual vacancy rate of 1.5 percent.

Berlin property prices soar - who does the city belong to?