Catalans wore masks and gathered in small, well-spaced rallies, to demand independence from Spain. Grassroots organizers said some 60,000 people participated in the demonstrations across the region. 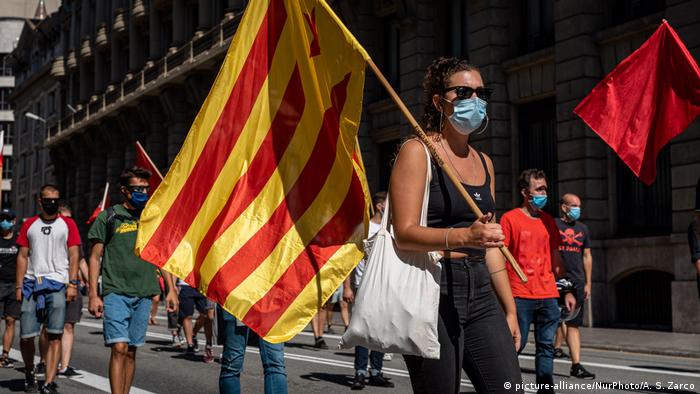 Thousands gathered in Spain's Catalonia on Friday, to commemorate "La Diada," the region's annual holiday. Although celebrations were dampened by the coronavirus pandemic, many took to the streets in facemasks and adhering to social distancing recommendations.

Spain has recorded more than 560,000 COVID-19 infections since the onset of the pandemic, more than any other country in western Europe. As such, Catalan health authorities had advised people to not participate in gatherings on the regional holiday.

"La Diada" marks the anniversary of the fall of Barcelona to Spanish forces in 1714 and in recent years, the date has been the stage for separatists to call for independence from Spain. 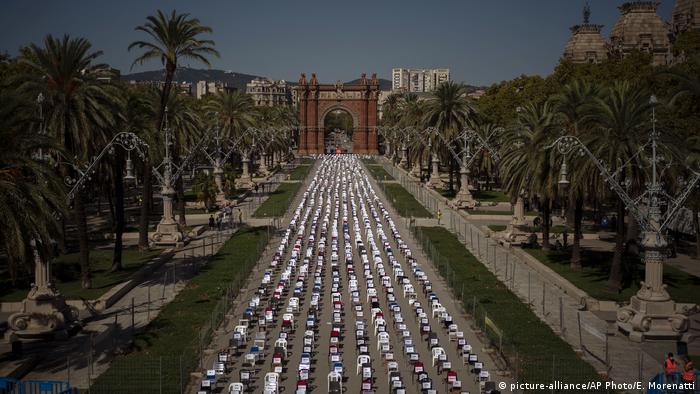 "We have held Europe's largest COVID-adapted protest," said chairwoman Elisenda Paluzie, adding that organized encouraged the use of masks, safe distancing and pre-registering of participants.

Dozens of pro-independence protests took place, participants gathered in small, well-spaced rallies that were scheduled to start at the same time across the region, with people clapping in unison and chanting ''liberty.''

Another pro-independence group, Omnium Cultural, placed 2,850 empty chairs in a promenade in Barcelona, bearing the name of each activist that the group says has been ''persecuted'' for supporting the independence cause.

Most of the protests were peaceful, but others were more disruptive. Early on Friday, fires were set at several points of Catalonia's rail network, which forced the cancellation of multiple trains for four hours. 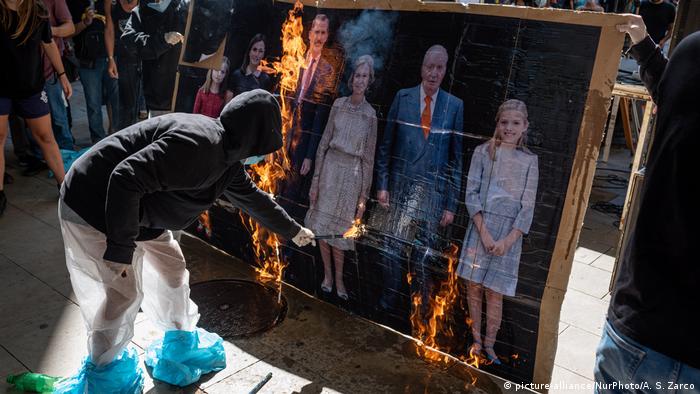 Some protesters burned images of the Spanish royal family

Years' worth of opinion polls have shown that people in Catalonia are split on the issue of independence. In the aftermath of Carles Puigdemont's failed bid for independence in 2017 and following infighting by separatists, the balance has tipped in favor of their region remaining part of Spain, according to recent polls.

Carlos Carrizosa of the unionist Citizens party criticized Friday's demonstrations, citing the pandemic as evidence that the pro-secession camp is out of touch with the population.

''I want to send a message of support to all those people who are home and watching these rallies called against the recommendations of health authorities,'' Carrizosa said.

''We have seen for years that today's holiday no longer represents all Catalans, just the separatists,'' he added.

Catalan government spokeswoman Meritxell Budo has urged Madrid to allow for an independence vote and to grant amnesty for nine separatist leaders jailed since 2017.

While the government of Prime Minister Pedro Sanchez has ruled out any amnesty or referendum, he has said he backs talks with Barcelona.