Media outlets in Iran are either state-run or tightly controlled. But ahead of the presidential election, social media is enabling freedom of expression to bloom - even if only a little bit. 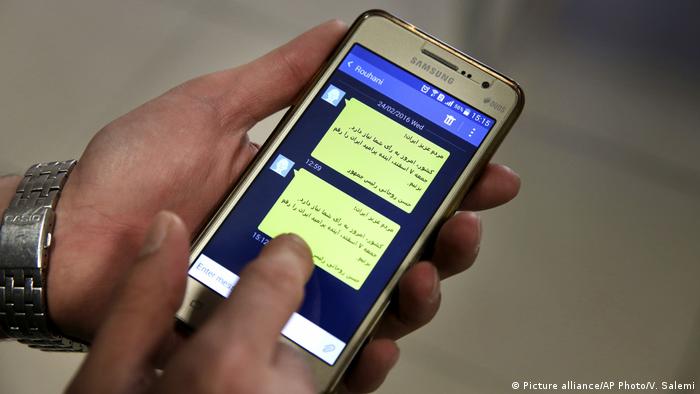 Iran will elect a new president on May 19, and the mood on social media networks is heating up. As is often the case ahead of elections in states with media restrictions, Iran is experiencing a short blossoming of freedom of expression. Above all, social media users are taking the opportunity to express critical views and formulate demands directed at presidential candidates.

Politicians are also using social media as a way to mobilize voters. In early May, Supreme Leader Ayatollah Khamenei, a regular Twitter user, called on all Iranians to exercise their right to vote. Khamenei emphasized that high voter turnout on May 19 would validate Iran's political system.

The pre-election period offers online activists a prime opportunity to point out abuses and pursue long-term goals. "We clearly see the general desire for political education. And that is a trend that is being reflected in social media networks," Reza Haghighatnejad told Deutsche Welle. The journalist and human rights activist has been analyzing the activity of Iranian internet users on social media networks. According to official statistics, more than half of Iran's 80 million citizens are active online.

"A large number of them simply want to be entertained. They are not interested in seriously dealing with political themes. But one thing that gives us hope is the growing interest of a portion of users to participate in campaigns with realistic long-term goals. These often have to do with societal issues such as violence directed at women and children." 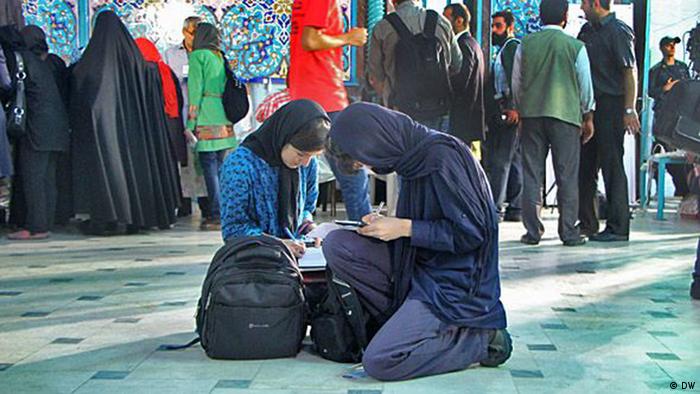 Such societal issues not only receive broad support in social media networks, but also have become campaign themes for presidential candidates.

"We are seeing presidential candidates suddenly acknowledge the importance of women's rights and civil rights issues. They are voicing criticism that would lead you to believe they were in the opposition," said Victoria Tahmasebi-Birgani. A gender researcher at the University of Toronto, Tahmasebi-Birgani explains that all presidential candidates are members of the country's established political system. That system, she says, represses women's rights activists. "But social media networks have made it impossible for them to continue to ignore calls for freedom and social equity." 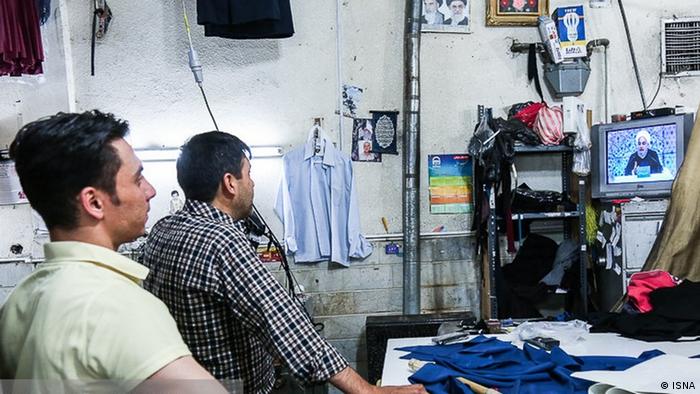 Read more: Iranian women's rights activist calls for a woman to be president

Iran is also a very young country with an average age of 30. Some 80 percent of Iranians can read and write. Iran places great importance on education, but political education is nonexistent in its schools and universities. Media outlets are either state-run or strictly controlled.
Read more: 'Control' guides Iran's policy on press freedoms, says expert

"The state radio and television channel IRIB is completely under the control of Iran's conservatives. This means that reporting is wholly one-sided and affirms the conservatives' political program," said Sadegh Zibakalam, a political scientist at the University of Teheran. Zibakalam went on to tell Deutsche Welle: "That is why IRIB is so unpopular among young Iranians. Anyone who seeks to reach these young people must speak their language. They are curious, and they are fascinated with social media and exchange with the outside world."

Under current President Hassan Rouhani, and especially in the wake of the successfully completed Iran nuclear deal, the country has slowly begun to open up. This opening and the ensuing increase of exchange with the outside world has strengthened civil society and its educational work online.

"But only a few areas have been able to profit from this so far. Namely, those that do not come into direct conflict with the moral concepts of the Islamic Republic of Iran," says journalist Haghighatnejad. "As soon as the topic turns to equality or the rule of law – opposition to capital punishment, for example – online activists are quickly categorized as cybercriminals."

The Center for Surveying and Combating Organized Cyber Crime determines exactly what is defined as cybercrime. The center is under the control of Iran's powerful conservative Revolutionary Guard, and is charged with controlling online activity in Iran.

On March 9, for instance, the center had journalist Hengameh Shahidi arrested. Just prior to her arrest, Shahidi had published an open letter on social media. 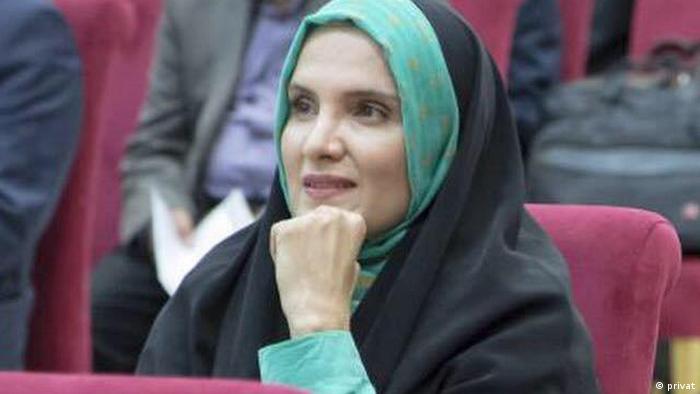 Journalist, Hengameh Shahidi, has been on a hunger strike since March

In it, she warned against the targeted repression of important opinion makers and online activists in the run up to the presidential election. Shahidi has been on a hunger strike since late March.

"The state recognizes the power of social media networks. Its members are all active online, from the Supreme Leader to the presidential candidates," says Haghighatnejad. "They use the networks to advance their own political agendas, yet they still oppose free access to the internet for all. Nevertheless, they have lost their monopoly on information."

The car of the Iranian president has been attacked by an angry crowd as he visited a site where at least 35 miners were killed in a blast. The incident comes ahead of a presidential election in almost two weeks' time. (07.05.2017)

Hard-line ex-President Mahmoud Ahmadinejad, who ruled Iran for eight years, has been barred by the Guardian Council from running in next month's presidential election. His ally Hamid Baghaie has also been disqualified. (21.04.2017)