With the help of a group of anonymous software creators, Iran locals have a new way of circumventing the country’s strict authorities. But, no sooner had the Gershad app arrived, the Islamic republic banned its use. 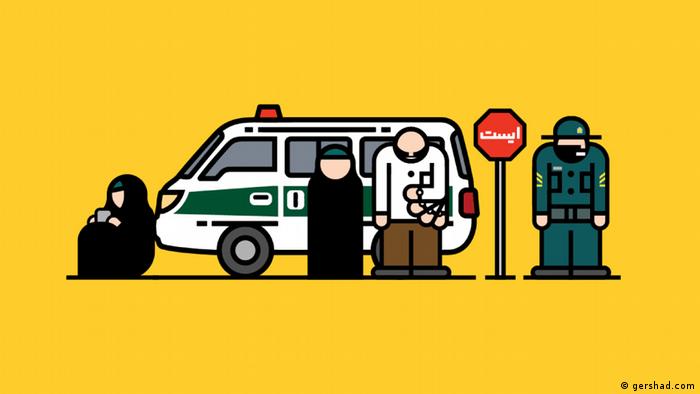 A group of unidentified software creators developed the novel Gershad android application in a bid to help Iranians wishing to dodge the country's Gasht-e-Ershad or "morality police."

The Ershad are commonly sighted on busy streets across Iran where they chastise locals into conforming to the country's strict dress and behavioral codes. Women failing to cover their heads appropriately with a scarf, donning an inappropriate hairstyle, or wearing excessive make-up can be penalized, while males wearing fashionable, Western-style clothing can also be reprimanded.

Locals failing to conform to the Gasht-e-Ershad's requests are often forced into the back of a minivan and taken to a correctional facility where they are lectured on how to be the perfect citizen, fined, or even prosecuted. 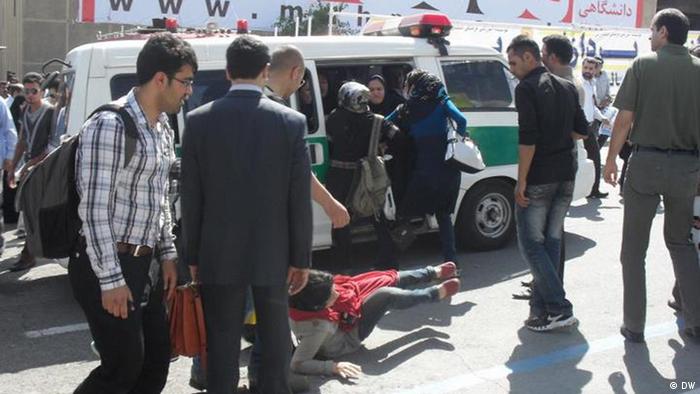 What denotes immoral conduct, however, is subjective and open to the interpretation of the Ershad

Through a #link:https://gershad.com/:statement on their website#, the anonymous developers of the Gershad app write that in 2013, of the 3 million women who were detained across Iran by the "morality police," 207,000 of them were forced to write formal letters of apology to the state – while 18,000 were prosecuted.

Social media, the developers added, is full of photos of women being beaten up by the Gasht-e-Ershad and, by developing the app, they claim they "are finding a low-risk way to protest against this injustice."

And protest they did.

The Gershad app was an instant hit on the Google Play store on Tuesday as local android users rushed to download the anti-patrol software to their mobile phones. Such was the popularity of the new software, that the high demand for downloads was detected by authorities who promptly banned and blocked it less than 24-hours after its release. 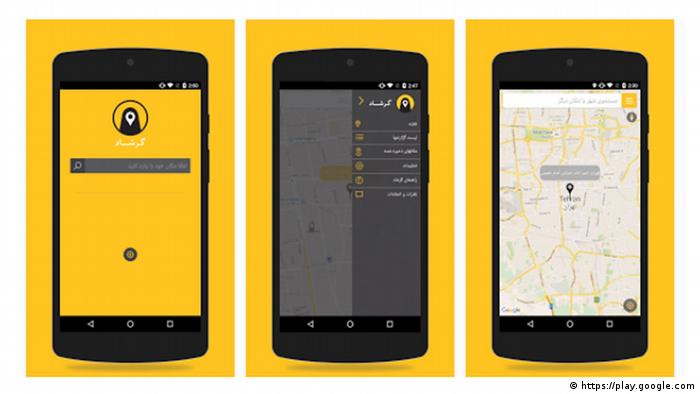 Gershad relies on local users to pinpoint a patrol's location on the app's city maps for various locations. As the number of users pinpointing the same reference increases, others will be alerted to their presence with a symbol on the map, the developers posted on their webpage. App users are then assisted in avoiding the checkpoints by selecting an alternative route.

When the amount of users pinpointing the reference decreases, the icon disappears from the map.

Internet censorship in Iran is rife. Locals often circumvent restrictions through proxy servers to access ‘forbidden' social media sites, such Twitter and Facebook. But, the ban has not stopped locals praising the novel app.

With one local taking to Twitter to say, "while the rest of the world creates apps to be close to police in order to get protection, we [Iranians] have to create apps to help us distance ourselves from authorities in order to be safe."

While this user commented that, "how desperate are we [Iranians] that we have to create apps out of fear for the police and to stay out of their way on the streets."

This Iranian Twitter user posted that she "was not fussed whether the app works or not, but every download is a protest in itself."

A tongue-in-cheek comment from this user in Mashhad, Iran, reads: "so far, we have used the [morality police] as a reason to get our dates to come home with us, and now this app has ruined our plans."

While a woman weighs in on the debate, saying, "why do we need the Gershad app, the men already tell us to come into their houses because there are police everywhere outside."

One troubling concern for the app's more than 1,000 users is that patrols will access the technology to set traps for credulous users.

The app's server is located outside of the country and is reportedly being run by a private company. Security for Gershad users is paramount and is being protected through encrypted SLL protocol.