Holly Dagres, an Iranian-American analyst, has written extensively on Iran. But as journalists take the brunt of the Islamic Republic's crackdown on the press, Dagres tells DW that it's part of a bigger picture. 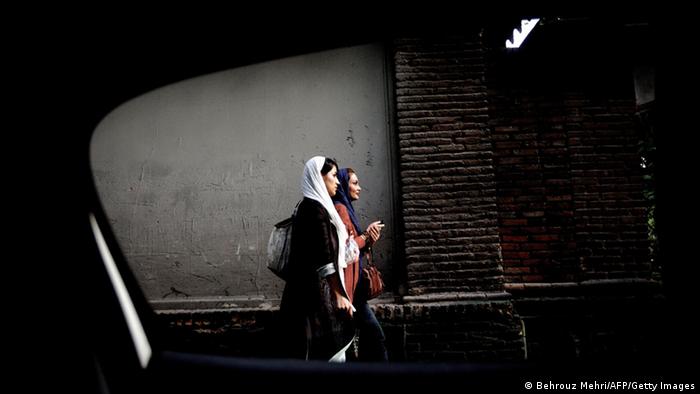 The Iranian government announced on Tuesday that the trial of Iranian-American journalist Jason Rezaian, the Washington Post's Tehran bureau chief, would happen behind closed doors. But the move comes as no surprise.

Iran ranked 173 out of 180 in Reporters Without Borders' 2014 global report on press freedom. DW spoke to Holly Dagres, an Iranian-American political analyst and commentator on Middle East affairs and assistant editor at the Cairo Review of Global Affairs, about the situation on the ground and how Rezaian's imprisonment is part of a power play between the Islamic Republic's hardliners and President Hassan Rouhani's supporters.

DW: President Hassan Rouhani has said he would like change "in favor of free speech and media freedom" prior to being elected in 2013. Have things changed?

Dagres: One of the promises Hassan Rouhani made when he was running for office was greater freedoms for the Iranian people, including freedom of speech and press. He came in trying to change the political standing of Iran, not only domestically but abroad.

But realistically, how much could be changed was unknown and still continues to be as he has two more years in office. Even Iranians know that at the end of the day you can talk as much as you want about bringing change, but until people see something actually happening, it's just talk. And up until the 2013 United Nations General Assembly, Rouhani's reaching out to the West was all just talk. For the eight years Mahmoud Ahmadinejad was president, Iran talks were basically at a standstill with little progress. Some of the worst sanctions implemented on Iran were under the Ahmadinejad administration.

Within several months of President Rouhani inauguration in August 2013, he was on the phone with U.S. President Barack Obama. An Iranian president and his American counterpart directly contacted each other for the first time in over 34 years. It was obvious from then on out that Rouhani meant business and he was going to try and change things in Iran. Now, come June 30 we might have an actual signed and sealed Iran deal on our hands. As a result, at least in the case of his international politics, there was and continues to be a lot of domestic opposition to what was and is happening.

Is there a foreseeable future for press freedom?

Human rights in Iran is a very touchy subject and freedom of the press falls under that guise. Right now, according to the Committee to Protect Journalists, there are 30 journalists in prison in Iran and, according to some sources, there might be a lot more that we don't know of.

Unfortunately, I don't see it improving in the foreseeable future. And I say this because no matter how much freedom of the press President Rouhani pushes for, at the end of the day, the Velayat-e Faqih [Guardianship of the Jurist, the ed.] isn't just the president. It's an intricate system of governance with countless checks and balances. There are various elements of the government that don't fall under his jurisdiction. The IRGC, for example. The Intelligence Ministry is another. As long as there seems to be a national security threat to Iran, it's the people within reach - in this case journalists and what they write - that are going to have to pay the price. 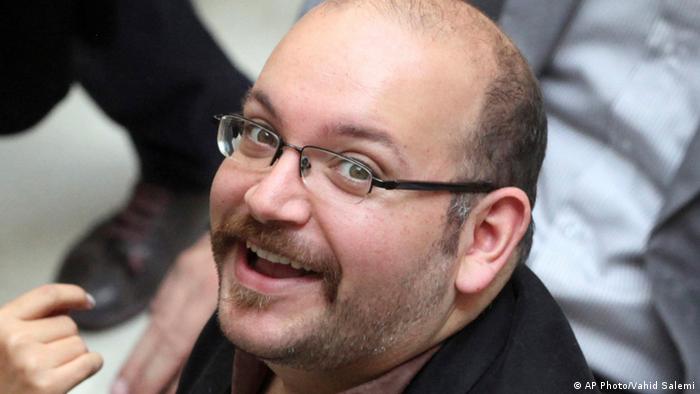 What about other platforms such as the Internet?

They're trying really hard to crackdown on the Internet through the cyber army in an effort to control what people say, do and curb dissent online. But as technology advances, its becoming harder and harder to do. Thanks to VPNs, Iranians are able to circumvent censorship online. They can try as hard as they like to crackdown on people online , but at the end of the day technology is going to prevail. There's always going to be something new on the market that is going to make their efforts at censorship all the more complicated. That's at least the case for the Internet.

As the US and Iran remain in a clinch, the Washington Post's Tehran bureau chief Jason Rezaian is being charged with espionage. Why has he been targeted?

First, Jason Rezaian is not the first person to be thrown in Evin Prison for those various reasons. Second, these ridiculous accusations being used again him are nothing new, either. I think the latest accusation is that because he was filing for a visa for his Iranian wife to go to the United States that can be used as evidence against him to be a “spy.”

It's just ridiculous. Or because he followed the National Iranian American Council, Huffington Post, Aslan Media, or Al-Monitor on social media - all places that I've written for or have basic social media contact with - this means he's a spy?

They have yet to provide real evidence against Rezaian, whatsoever. The real reason why they arrested Rezaian is because he is being used as a pawn in the Iran nuclear deal. The various elements in the Iranian government - the hardliners specifically - don't want a nuclear deal to happen. There are certain people at the Intelligence Ministry that see him as a pawn to thwart any chance at bringing Iran in from the cold.

The charges against Jason Rezaiain include "collaborating with hostile governments" and "propaganda against the establishment" alongside espionage. Are these the types of charges that are typically placed against journalists in Iran? 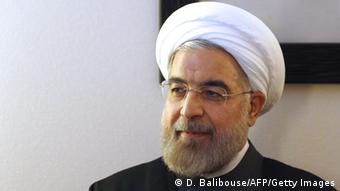 Unfortunately, yes. These are the charges that are typically used against journalists in Iran when imprisoned. You will find that in the case of Maziar Bahari, for example, better known as the author of "Then They Came For Me", his memoir, which Jon Stewart based a movie on. Bahari basically went through the same thing after he was arrested during the 2009 Green Movement.

There are others, like Omid Memarian and Roxana Saberi who have received similar charges. The sad thing about this is that there is never any real, hard evidence. They just make things up as they go along. Often times they are tortured into false confessions and then use those confessions, sometimes broadcast on state television and other times written, in court against them.

Unfortunately, this happens often. And there's not much that can be done about it except make enough international noise to bring attention to the imprisonment of journalists in Iran, like Jason Rezaian.

Why are these charges specifically used against journalists?

I think these charges are specifically used because Iran is in a state of paranoia, which to an extent makes sense when you look at the constant talks of war going on in the media. I believe they're using these charges against journalists to make a point.

Look at Maziar Bahari's case, for example. The Daily Show's Jason Jones did a satirical interview with him. And they actually used the footage against Bahari to say, "See, you are a spy." They come up with the most bogus reasons to throw you in prison. And that was used as evidence against him, a satirical video for the Daily Show. It just shows you how ridiculous some of these charges can be. And this is in point the mentality of various elements of the Intelligence Ministry, how they view things, and how things are done. I hope this example paints a better picture of what you're dealing with, if the Daily Show is used as evidence against a journalist.

Why does the Iranian government feel threatened by journalists?

It's a case by case issue, but it's mostly because they can't control the narrative on Iran. For example, with Jason Rezaian, he wasn't writing for an Iranian news agency so he can't be censored. He doesn't have a managing editor in Tehran who tells him what he can or cannot write. He's working for an American news outlet, the Washington Post. And in his case, they literally couldn't do anything.

From what I've read of his work over the years, I don't think he's ever said anything negative about the government per se. He just writes pieces about the way things are. I don't know anyone who loved Iran as much as Rezaian does and in the same way, wanted the world to understand and love Iran as he did.

The last story he wrote was about baseball in Iran. I think they want to direct the media narrative and if they can't do so, they take matters into their own hands and silence it. Again, I don't think this is the case with Rezaian, including his on camera interview with Anthony Bourdain. His imprisonment wasn't about his writing. It was more about using him as a pawn in the nuclear deal because he was the perfect candidate: a dual-citizen living in Tehran.

This interview was conducted by Lewis Sanders.