Reporters Without Borders: New threats against freedom of the press | World | Breaking news and perspectives from around the globe | DW | 12.02.2015

Reporters Without Borders: New threats against freedom of the press

Reporters Without Borders has published its 2015 press freedom index. Conditions for journalists and independent media have got worse in the majority of the 180 countries assessed. 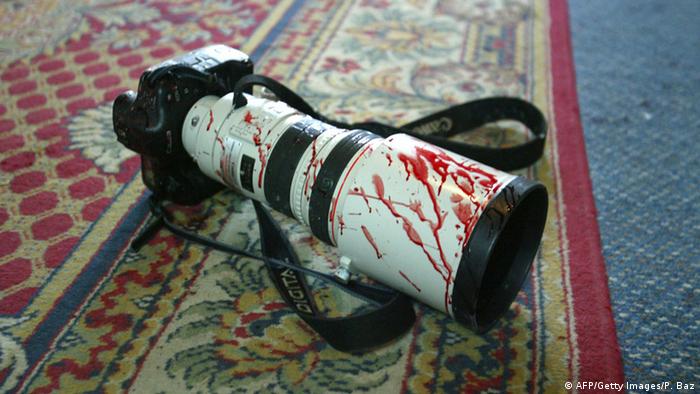 The targeted suppression or manipulation of the media in conflict regions such as Ukraine, Syria, Iraq, and the Palestinian territories is one of the most significant reasons for the general worsening of worldwide press freedom, according to the 2015 index published by Reporters Without Borders (RSF).

The organization said many countries cite the protection of national security interests to impose restrictions on press freedom.

"In places where control of information is a strategic war goal, as it currently is in eastern Ukraine and Syria, journalists become objects of the opposing parties," RSF spokesman Michael Rediske said in Berlin.

RSF's annual index evaluates the situation of press freedom in 180 countries. It is based on a survey of all aspects of independent journalistic work, which the non-profit organization sends out to hundreds of journalists, researchers, lawyers, and human rights activists worldwide, as well its own network of correspondents. The 87 questions focus on media diversity, media independence, the journalistic environment and self-censorship, the legal system, institutional transparency, as well as media production infrastructure. There is also a category for "acts of violence and infringements," which the Paris-based organization keeps a record of independently. This accounts for all incidents between October 2013 and October 2014.

Truth - the first casualty of war

In the notes accompanying the current index, RSF said many of the armed conflicts of the past year were partly conducted as information wars. Whether in Ukraine, Syria, Iraq, the war between Israel and Hamas, or in South Sudan, the opposing sides attempted to shut down independent news sources or use them to broadcast their own propaganda.

National security as a cover for repression

In many countries, supposed threats to national security served to justify restrictions on press freedom and other basic civil rights. Russia, for example, used the war with Ukraine to impose further repressive laws, including tightening a ban on publicly denouncing breaches of territorial integrity – effectively criminalizing any critique of the annexation of Crimea.

Kazakhstan introduced a law allowing pre-censorship in times of social unrest in order to arm itself for protests such as in Ukraine. 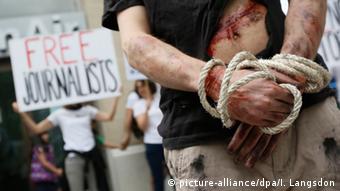 Protection of national security was also used as grounds for comprehensive censorship by the army in Thailand following the coup last May. It also served as justification for a high number of random arrests of journalists in Egypt.

Journalists were frequently insulted, threatened, attacked, or even killed for reporting on demonstrations. Some were attacked in a targeted manner to prevent them from reporting; others unintentionally ended up caught between the two sides in violent protests. Often, such violence is carried out by the police or the army, as was the case in Ukraine during the Maidan protests at the start of 2014, during new protests in Turkey in the wake of the Gezi movement, and at demonstrations in Venezuela and Hong Kong.

Journalists were repeatedly indiscriminately arrested during demonstrations, such as during protests in Bahrain in 2014, but also during the unrest in the US city of Ferguson. Even in cases when reporters were released after a short time, the intent was unmistakably to intimidate. 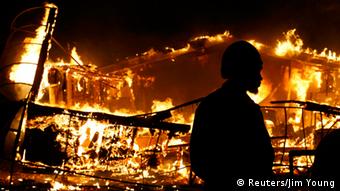 The report noted the brief detention of journalists covering the unrest in Ferguson, Missouri, last year

Powerful non-government groups who don't tolerate unfavorable reporting pose a lethal threat to journalists in many countries. Examples include the self-proclaimed "Islamic State" militia in Syria and Iraq, or Boko Haram in Nigeria, various Islamist groups in Libya as well as paramilitary and criminal organizations in countries such as Colombia and Mexico. In Brazil, too, many journalists who reported on issues such as corruption and organized crime were killed, although the number of such murders was lower this year.

Erosion of the "European model"

Reporters Without Borders also concluded that press freedom in many EU states worsened in 2014. In Italy, a high number of journalists faced threats from the mafia, attacks or unfounded libel suits. In Bulgaria, financial authorities used a hastily passed law to launch investigations and impose fines on journalists who had reported about corruption in the financial sector.

Increasing media convergence and state intervention in personnel or editorial decisions continues to impede press freedom in Hungary. In Luxembourg, attacks on the protection of sources and close associations between politics, business, and the media have clamped down on investigative journalism. 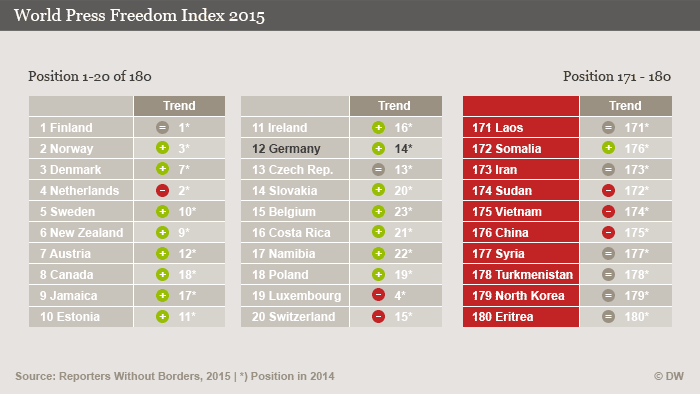 The US, Australia, Britain and France are all notable absentees from the top 20

According to RSF, more and more countries are using bans on blasphemy or insulting religion to suppress criticism of politics. It included states such as Saudi Arabia and Iran, but also Kuwait and India in this group. In each of these countries in 2014, bloggers or journalists were arrested because they made critical comments about religious groups or state bodies trying to legitimize themselves using religion. 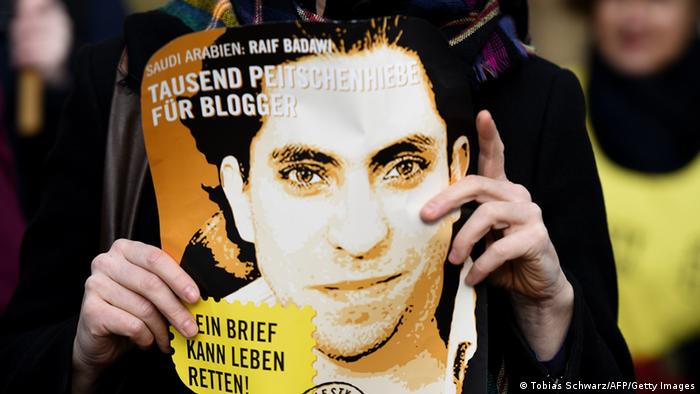 Ten years in jail and 1,000 lashes in public for 'insulting Islam' in a blog, meet Saudi Arabia's Raif Badawi

Many of the most repressive countries increased their control over the media in 2014, according to Reporters Without Borders. China, for example, confronted journalists with new restrictions such as a ban on "unauthorized criticism" and arrested prominent journalists and bloggers such as Gao Yu and Ilham Tohti. In Sudan, the year was marked by indiscriminate arrests and the seizure of around 50 newspaper editions, and a censorship regulation was introduced to suppress reports on corruption.

Azerbaijan used financial and legal means to pressure the few remaining independent newspapers to shut down, send dozens of journalists into exile, and arrest many others. Despite its extremely repressive laws, Uzbekistan did not shy away from employing extrajudicial measures: the most important independent news portal in the country, Uznews, was forced out of business after the email account of its editor in chief was hacked, and information about its underground network of correspondents published.

The biggest decline in the 2015 index was made by Andorra, where economic concentration and conflicts of interest have stripped away any protection for freedom of expression and journalistic sources. The power of the banks in Andorra, also as buyers of advertisements, presents a serious problem for media independence.

Mongolia recorded the greatest improvement. The transition from Soviet-era state media into public broadcasters has greatly improved working conditions for journalists there. In addition, the positive effects of the freedom of information act introduced in 2012 began to show last year. The act allows the publication of politicians' assets, for example.

Finland, Norway, and Denmark occupy the top spots in the ranking. Liberal regulations providing access to information from state authorities and protecting journalists' sources contributed to their positive performance. In Finland, citizens have even had a right to affordable broadband connections since 2010. Unchanged at the bottom of the index are Eritrea, North Korea, and Turkmenistan – dictatorships that have practically complete control over the media in their countries.

Security authorities are increasingly hindering the work of journalists. Even Western democracies are no exception. Reporters without Borders warns that this gives the wrong signal to undemocratic countries. (12.02.2014)

Attacks and kidnappings of journalists have soared over the past year, the latest Press Freedom Index by Reporters without Borders has said. In all, 66 journalists were killed in 2014. (16.12.2014)