Hard-line ex-President Mahmoud Ahmadinejad, who ruled Iran for eight years, has been barred by the Guardian Council from running in next month's presidential election. His ally Hamid Baghaie has also been disqualified. 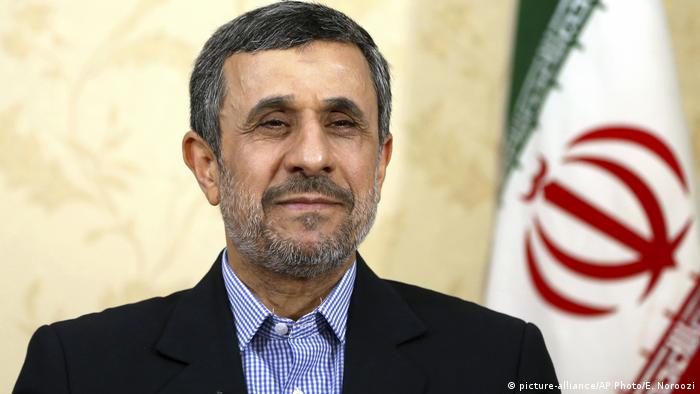 President Hassan Rouhani was among the six candidates approved by Iran's clerical Guardian Council on Thursday to run in next month's presidential election.

Ebrahim Raisi, the leading hard-line candidate and the greatest threat to Rouhani's presidency, was also approved by the clerical body.

However, Iranian state television reported that the council, which is responsible for vetting prospective candidates, had disqualified former hard-line President Mahmoud Ahmadinejad from re-running.

Ahmadinejad, who remains a highly polarizing figure within the country, shocked the nation last week when he put his name forward as a candidate, defying Iran's supreme leader, Ayatollah Ali Khamenei, who had told him not to run.

Analysts reckoned that the former president, who ruled Iran from 2005 to 2013, had only put his name forward to pressure the council into approving the candidacy of his close ally, Hamid Baghaie. However, Baghaie was also disqualified from running, reportedly due to embezzlement charges.

Thousands apply to take on Rouhani

More than 1,600 people put themselves forward to run in the May 19 election, although the clerical body only ever selects around six candidates.

Rouhani, a political moderate, has garnered praise since his landslide election win in 2013 for taming inflation and signing a landmark nuclear accord with world powers, which saw sanctions on Iran lifted.

However, unemployment has remained stuck at 12 percent, while most Iranians have not seen the benefits from sanctions relief. That has bolstered conservative claims that Rouhani has been duped by the West and allowed Raisi to garner momentum.

On May 19, Iranians will elect a new president. Despite outstanding official confirmation, the candidates have begun campaigning on Iran's hard-to-access social networks. (17.04.2017)