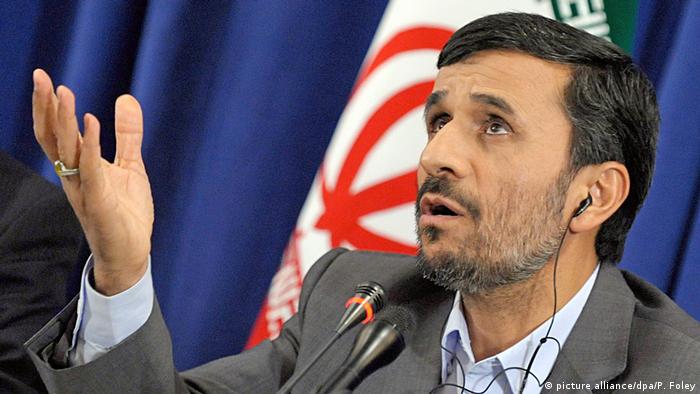 Bahman Nirumand: Actually, everyone in Iran is asking themselves the same question, as Ahmadinejad already declared in 2016 that he would forgo his candidacy because the Supreme Leader of the Islamic Revolution, Ayatollah Ali Khamenei, advised him to do so. In the past weeks, Ahmadinejad has been campaigning for his erstwhile vice-president, Hamid Baghaei, whom he suggested as a candidate. But all of a sudden, Ahmadinejad himself registered as a candidate. It is clearly an act of defiance against Khamenei.

Does Mahmoud Ahmadinejad have a realistic chance of being reelected?

I assume that the Guardian Council, which reviews the candidates' suitability, will reject his application, it did with Baghaei. It is quite detrimental to the reputation of the regime to label a former president as "unsuitable." But it will take this risk. 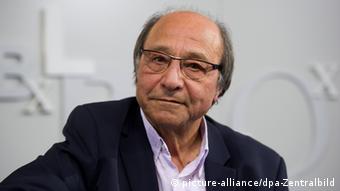 Nevertheless, no one understands this move. He is running even though he must reckon with rejection. Many observers say he is not only harming himself but also the regime's reputation; he is backstabbing his longtime vice-president Baghaei as instead of supporting him he is running himself. Everyone stands to lose something because of this move. Why is he doing this anyway?

The conservatives have isolated him throughout the years. He was no longer in the game and no longer on the political stage. I have the feeling that he wants to take revenge. He has already hurt Khamenei. Such open defiance of a recommendation made by the Supreme Leader – be it (founder of the Islamic Republic) Khomeini or (his successor Ali) Khameini – has never been seen before. I do not believe that Ahmadinejad expects that he will be admitted to the election or even have a chance of winning the election. He is probably not that unrealistic. But there is actually no plausible or logical reason why he has made this move now. The provocation seems to have been successful because his candidacy has certainly caused a stir in Iran.

Yes, he was successful in the way, and I am very eager to see how Khamenei will react. He will probably remain silent, as anything he says about this would harm him.

The question is how will this entire matter affect the elections? Ahmadinejad will surely harm the conservatives. After all, he still has a substantial number of followers in rural areas of the country. When he was president he gave many handouts to the poor in rural regions and he is still popular with certain parts of the population.

It is also possible that many who are against the regime support him because he basically challenges the power structures through his candidacy and because he disregards all the rules of the game. In all the speeches he has held in recent weeks, he has said time and time again that he is striving for a completely new order and that it is unacceptable that the people are not allowed to have their say. He has often made provocative remarks directed at the entire political system. That is why it is quite possible that some people who have long turned their backs on the state now support him as a means of harming the regime.

If Ahmadinejad were admitted to the elections, would he not indirectly help Iran's current president, Rouhani, because he may be able to take away decisive votes from Rouhani's main conservative rival Raeisi?

I think so. But the conservatives do not all agree. Raeisi's candidacy is not without controversy; not all conservative groups support him. If Ahmadinejad were to be admitted, some of the votes for the conservatives could be lost. Rouhani would benefit from this. But that is certainly not Mahmoud Ahmadinejad's declared goal.

Nevertheless, the divisions within the conservative camp seem greater than one thought them to be.

That is certain. That is why there will probably be attempts to cast a veil of silence over this matter.

It would surely be the smartest thing for the conservatives, so as not to trigger any discussions that would last for weeks until the election.

However, this whole matter has not hurt Hassan Rouhani's chances of being reelected - on the contrary. If there is confusion among the conservatives, he can only benefit from it.

Bahman Nirumand is an Iranian and German journalist and author living in Berlin. He has written several books, including a political biography of Ayatollah Khomeini.

This interview was conducted by Thomas Latschan.