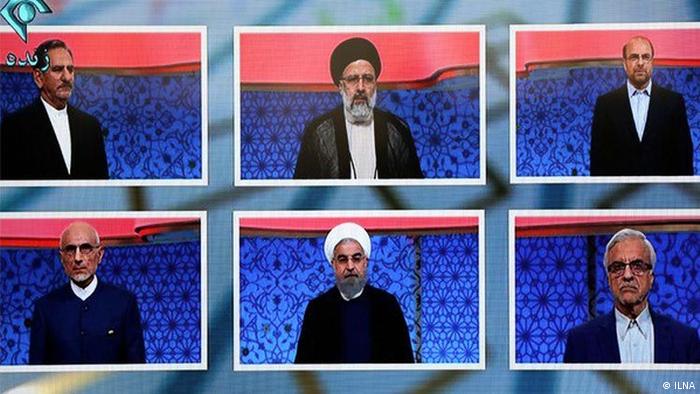 DW: Foreign policy is a key part of the presidential candidates' election campaign. But what kind of latitude do they have?

Maysam Behravesh: The grand scheme and general contours of Iranian foreign and security policy are set out by the Supreme Leader and his internal circle of trusted advisors including top members of the Islamic Revolution Guards Corps (IRGC) or Revolutionary Guards based on their vision and conception of Iran's national interests and identity. That's basically the dominant governing structure that holds unrivalled power in the country. But this does not mean that the elected president or his foreign minister is powerless, redundant, or just an unconditional follower of the Leadership. The president can seriously influence the decision-making process at two key points: first, when they are formulated collectively at the Supreme National Security Council (SNSC), the secretary of which is appointed by the president, and second during the implementation phase.

Read: Who are the presidential candidates in Iran?

We know for a fact that during the nuclear talks some of the Leader's "red lines" were manifestly violated by Iran's negotiating team, prompting his hardline supporters and critics of the consequent nuclear deal to inveigh against President Hassan Rouhani and Foreign Minister Mohammad Javad Zarif and even call the latter a "traitor". Moreover, if we assume the president is simply a facade, as some maintain, how would you then explain such a huge difference in Iran's foreign policy practices under Rouhani and former President Mahmoud Ahmadinejad? After all, the Leader and the domineering state apparatus he marshals were the same during both periods. 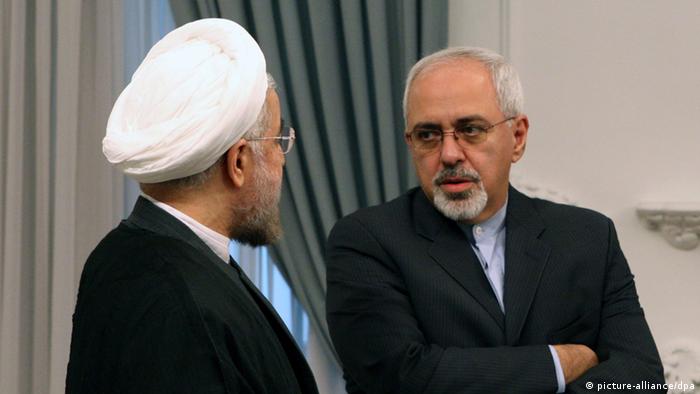 The conservative candidate Ebrahim Raisi's meeting with a visiting Russian official has raised a debate on Moscow's interest in Iran's presidential elections. Do you think Russia wants to interfere in the election?

It is not easy to claim that Russia is going to interfere in Iran's presidential election or not, but of course Russians are deeply interested in the outcome. And this interest mainly stems from the fact that they have used Iran over the past couple of decades as strategic leverage to balance their own relations with the United States and other western powers on the one hand and with China on the other. As I have argued elsewhere, basically what Moscow favors is an isolated and lonely Islamic Republic that has no sound or reliable ties with the West, including Europe, and is thus forced to rely more heavily on Russia for military and political support. Such a state of affairs reached its peak under Ahmadinejad after Iran's relations with the US and EU systematically deteriorated due to his and his backers' provocative speeches and hardline policies as well as over the spiraling nuclear crisis. 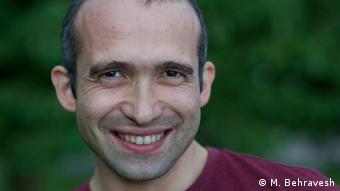 Maysam Behravesh is a Ph.D candidate in political science at Lund University, Sweden

What effect will the result of the election have on the Syrian conflict?

That's quite a tricky question. There are two things to take into account.

First, the Syria dossier does not fall within the Rouhani administration's remit of authority. To put it a bit more bluntly, Syria is not Rouhani's cup of tea! While the Supreme National Security Council (SNSC) does have a say over Iran's Syria policy, the substance of it is primarily determined by the Supreme Leader and his IRGC circle of advisors.

Second, and more significantly to my mind, there seems to be a divergence of attitude and approach towards Syria between Rouhani's moderate government and the revolutionary leadership including Ayatollah Khamenei, though they are trying not to publicize their differences. Just take the Khan Sheikhoun chemical attack in April as an example. Rouhani stridently called for the formation of a truth-finding committee to look into the deadly assault - as German Foreign Minister Sigmar Gabriel also did - and stressed the necessity of "reforms" in the Syrian government while Khamenei mainly focused on the American response and dubbed the missile strikes against the al-Shayrat airbase a "strategic mistake".

Generally, since he assumed office in 2013, Rouhani seems to have foregone Syria in favor of getting the nuclear dossier somewhere, which he ultimately did. And needless to say, he does not want - and lacks the boldness by the way - to pick fights with the more powerful Supreme Leader over this or that policy issue-area.

So if Rouhani is re-elected, Iran will likely have a continuation of the same policy towards Syria as we have witnessed so far, but here is the key point: If Raisi is elected, the Islamic Republic's policy toward Syria as well as Yemen will probably be intensified and pursued with greater vigor.

As I argued above, Raisi will be the consolidator of the Supreme Leader's "resistance economy" and promoter of his revolutionary foreign policy, at the expense and to the disfavor of more moderate forces home and abroad.

Rouhani always says his government is interested in good relations with neighbors. But with US President Donald Trump now in office and his anti-Iran policies, Iran is quite alone in the region. How can Rouhani change that, if he wins re-election?

I have no doubt in the sincerity of the Rouhani administration's intentions and efforts to mend fences with neighbors, including Saudi Arabia and Turkey.

But to be frank, Rouhani cannot change that dynamic overnight. So let's not set our expectations too high. He cannot take Iran out of regional isolation easily, for two reasons: the intervention of domestic spoilers and heightened external hostility.

Iran's regional policy may experience a considerable degree of continuity if Rouhani is re-elected, its relations with the West will be adversely affected if Raisi wins the elections, and this may even have negative consequences for the nuclear deal as well.

Maysam Behravesh is a PhD Candidate in the Department of Political Science, Lund University, Sweden, and a contributor to Middle East Eye.

The interview was conducted by Shabnam von Hein

OSCE, crippled in Ukraine, could fulfill its potential after the war ends