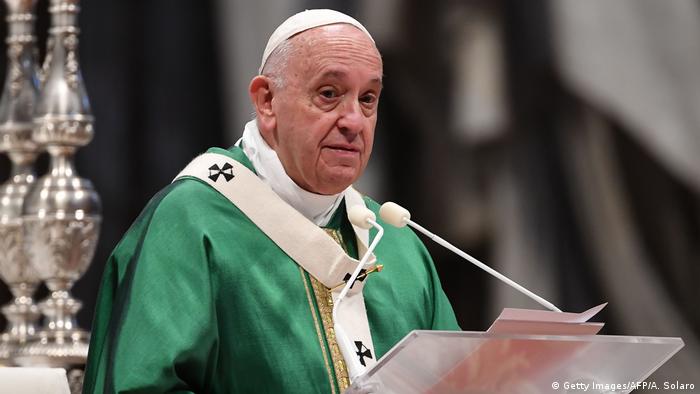 The "pontifical secret," the highest level of confidentiality in the church, will no longer apply in connection with "accusations, trials and decision" related to certain offenses, the Vatican said in a statement.

Those offenses include sexual acts committed under threat or abuse of authority as well as the sexual abuse of minors or vulnerable people and child pornography. The secrecy laws will also not apply to those who fail to report abusers or actively try to cover up cases.

Abolishing the secrecy laws now removes any excuse not to cooperate with legal requests from police, prosecutors or other authorities.

"The carnival of obscurity is over,'' said Juan Carlos Cruz, a prominent Chilean survivor of clergy abuse and victim advocate.

The reform was hailed as an "epochal decision" by the Vatican's leading sex crimes investigator, Archbishop Charles Scicluna.

For years, the church said the secrecy laws were necessary to protect the reputation of the accused and the privacy of the victim. The secrecy also helped keep scandals hidden from the public and prevented law enforcement from accessing documents.

Documents from the church's own legal proceedings in abuse cases will still not be made available to the public.

Clergy are also still not required by the church to report cases of abuse to police, but the new law says religious superiors are obliged to report when civil laws require it.

In a separate decree, Francis also tightened the church's laws concerning child pornography as part of the church's response to the spread of the abusive images online.

The cutoff age below which the Vatican considers pornographic images to be child pornography was raised from 14 to 18.

The Catholic Church has been under fire over widespread child sex abuse perpetuated for decades by clergy and covered up by high-ranking church members.

In February, Francis hosted a crisis summit on the issue with bishops from around the world, vowing reforms and an end to covering up crimes carried out by priests and other church officials.

Plans to include laypersons in a reform process have sparked anger in the Vatican. The Catholic Church in Germany is now on a head-on collision course with Rome. (13.09.2019)