Pope Francis admitted that there is financial corruption in the Vatican. He said an ongoing internal investigation into the corruption at the Vatican would "see if they are guilty or not." 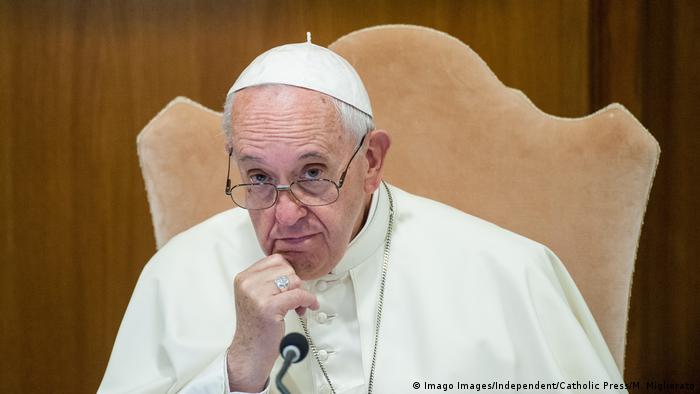 Pope Francis in the Vatican

Pope Francis admitted there is financial corruption in the Vatican, describing it as a "scandal" on Tuesday. The pope's statement marked the first time he has acknowledged corruption in Vatican finances.

"There is corruption, it's clear. With the interrogations we will see if they are guilty or not. It is an ugly thing, it's not nice for this to happen in the Vatican," Francis said during an in-flight press conference on the way back from Japan.

The pope told reporters that there was a Vatican investigation underway into the allegedly fraudulent use of the Peter's Pence, the pope's charity fund, to buy a luxury property in central London. The pope has previously said that such a purchase is not necessarily a misuse of charity funds.

"What happened, happened: a scandal. They did things that do not seem clean," the pope said.

These were the first public comments made by Pope Francis on the issue of financial corruption. The pope stressed that the internal investigation was going well.

"For the first time, the dirt is being uncovered from within the Vatican, rather than from outside," Francis said.

Speaking in front of thousands of indigenous people Pope Francis decried the reckless destruction of rainforests by mining. Later, with Peru's president and other leaders, he warned of another scourge: corruption. (20.01.2018)