Politicians call for serious debate on integration in Germany | Germany | News and in-depth reporting from Berlin and beyond | DW | 03.09.2010

German Chancellor Angela Merkel has distanced herself from a recent controversial book on immigration in Germany. But she's also admitted that the country must engage in an open discussion and admit some shortcomings. 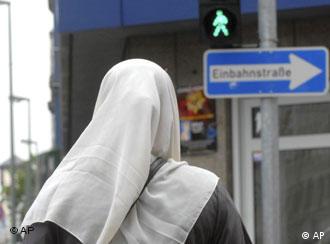 Germany is debating the direction of its policies on integration

Amid the furor caused by a German central banker's new book on immigration and integration, Chancellor Angela Merkel on Friday attempted to take the middle ground - criticizing controversial author Thilo Sarrazin, but also admitting that German efforts to promote integration are not perfect.

Merkel described integration efforts as "one of the most important issues of our time," pointing out that about 16 million people in Germany - one fifth of the population - have a migrant background. She praised a number of successful drives to promote integration in the workplace, the school system and everyday life.

"But to be honest, we can also see a number of issues which show that we still have a long road ahead of us, especially when it comes to education and social integration," she added. "We need to clearly label the problems, but we cannot ignore the progress being made either."

Merkel is the latest in a string of German politicians to criticize Sarrazin's comments, while simultaneously demanding a more open debate on immigration and integration. 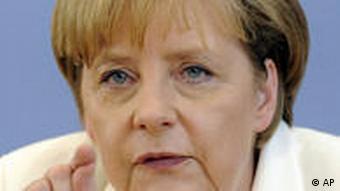 Merkel called for a factual discussion on integration

The chairman of the parliament's home affairs committee, Christian Democrat Wolfgang Bosbach, has also called for "a serious discussion, without taboos, which addresses both the progress and the problems associated with integration."

Bosbach's comments were mirrored by German President Christian Wulff, who at the opening of a new synagogue in Mainz on Friday said people of different religious backgrounds in Germany need to talk to each other, learn from each other, and confront controversial issues together in order to move forward.

Sarrazin's book, whose title roughly translates as "Germany does away with itself," has drawn almost unilateral condemnation from political leaders in Germany, but sales have gone through the roof and many people agree with some of his assertions, according to Ines Michalowski, a senior researcher at Berlin's Social Science Research Center. 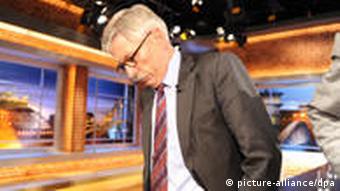 Michalowski said she believes politicians and researchers are already devoting a lot of time to the issues surrounding immigration and integration, but cautions that these discussions can only achieve so much.

"Say somebody sends his child to school in a class where maybe 20 out of 30 children with a migrant background, and maybe half do not really speak proper German, how can we deal with these problems? How can the debate take place on this level?" she asked.

Michalowski suggested that a solution might be for all children in Germany to start mandatory education earlier in compulsory kindergarten classes as a way of improving their German language skills ready for the start of school.

She also pointed out Germany's lack of young people willing to take up professional apprenticeships after school, saying such programs might be a way to speed up integration within the workforce.

Much of the discussion this week, however, has centered on Sarrazin's controversial book, and what personal consequences are appropriate. The central bank official, who is a member of the Social Democrats, was effectively sacked on Thursday, when the central bank asked Wulff to remove him from his post.

Michalowski was also critical of some politicians for making "very general" claims on the subject of integration, that often have factual flaws. For example, Social Democrat immigration expert Rudolf Dressler this week called for mandatory German language tests for people seeking a long-term German visa.

"We already have these language requirements," Michalowski said. "They were introduced in the late 1970s and then made more strict in 2005. The discussion is very general, and we are advocating things that may already exist. I think it shows that it's really not an easy topic, and the solutions will not be easy either."

High-profile German banker Thilo Sarrazin made headlines with some controversial remarks about ethnicity. Our readers leapt at the chance to both support and denounce him, or at least defend his right to free speech. (01.09.2010)