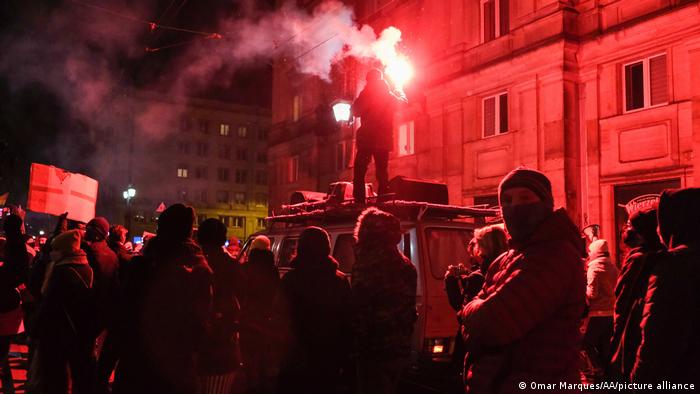 Hundreds of protesters gathered in Warsaw and other Polish cities on Saturday to voice their opposition to further proposed restrictions to the country's abortion law.

Police attempted to break up the protests after declaring that the march organizers had not fulfilled legal requirements to inform authorities ahead of time. Authorities also said the demonstration broke rules baring large gatherings during the coronavirus pandemic.

Protesters in Warsaw began the march by symbolically changing the name of Roman Dmowski Roundabout to "Women's Rights Roundabout." The activists hope for formal recognition of name — which they say would honor equality rather than Dmowski, a statesman and independence activist who was also an anti-Semite. 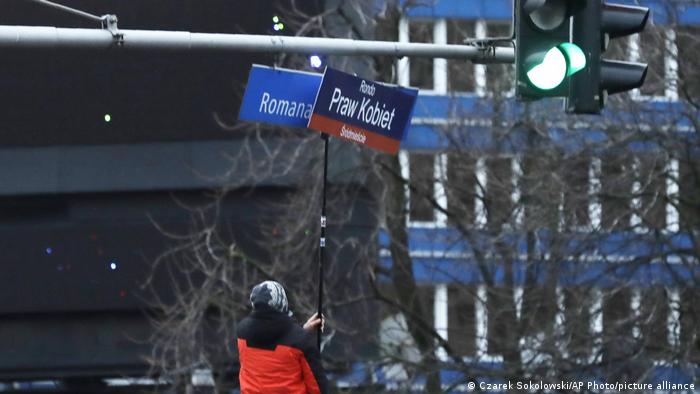 As police blocked the march, protesters were forced onto a busy road. In response to the honks of annoyed drivers, the protesters shouted: "We're sorry for the inconvenience, we have a government to overthrow."

A police officer used tear gas against opposition lawmaker Barbara Nowacka during the demonstration. Borys Budka, the leader of the centrist Civic Platform party explained that Nowacka had been there "in defense of peacefully protesting women." 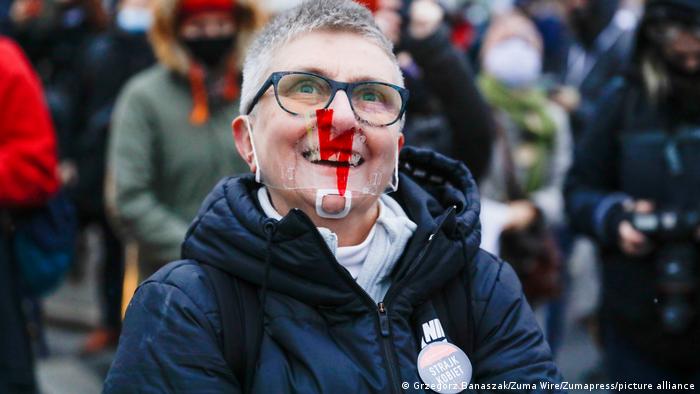 A women wearing a mask with the movement's red lightning logo

A mother of two teenage girls told the Associated Press that she was taking part in the march "for my daughters."

Protesters called for a relaxation of the strongly Catholic country's strict abortion law and for the resignation of the conservative government. Many protesters carried signs saying "Strajk Kobiet" (Women's Strike).

Many signs, and protesters' faces, also depicted a red lightning bolt which has become the logo of the movement.

Similar marches also took place in Krakow, Gdansk and other cities in part also to celebrate the 102nd anniversary of women's suffrage in the country.

On October 22, the Polish Constitutional Court issued a ruling banning abortions of fetuses with congenital defects, even if the fetus would not survive birth. The move sparked widespread protests, with hundreds of thousands of people taking to the street in Poland's largest protest movement since the fall of Communism in the country. The government has not yet implemented the court ruling, which is seen as a win for the women's rights movement.

Poland's abortion laws were already some of the strictest in the European Union, allowing for abortion only in a limited number of cases. The rules were negotiated in the 1990s among politicians and the Catholic church.

Several officers have been injured in Warsaw as far-right protesters threw firecrackers, stones and bottles at riot police. The protests take place each year as Poland recalls its independence after World War I.