German officials say they are investigating thousands of leads as part of a widening investigation into a pedophile network. Some 70 suspects have so far been identified across Germany. 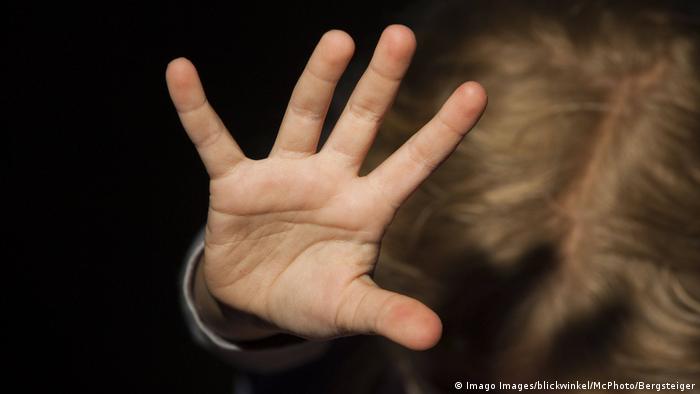 The cybercrime unit of the German state of North-Rhine Westphalia is investigating some 30,000 leads in a massive online child abuse probe, officials said on Monday.

The state justice ministry said the extent of abuse taking place and being shared online was "deeply disturbing."

"I hadn't reckoned with the extent of child abuse on the internet," said state Justice Minister Peter Beisenbach.

Officers are investigating what could lead to around 30,000 unidentified leads. "We want to drag perpetrators and supporters of child abuse out of the anonymity of the internet," said the ministry.

Those being investigated were suspected of sharing content that depicted fictitious or real acts of abuse. The investigation began last October with the arrest of a suspect in the Bergisch Gladbach municipality near Cologne.

The first offender, a 27-year-old soldier, was sentenced to 10 years in prison in May and placed in a psychiatric facility for an indefinite period.

Germany has been reeling from a spate of serious cases of child sexual abuse in the past 18 months.

Earlier this month, some 11 people were arrested on suspicion of abusing children and filming their actions after videos and photos were seized from the cellar of a suspect in the western city of Münster. Investigators said they had identified at least three victims, aged five, 10 and 12 years old.

In a separate scandal in the town of Lügde, some 125 kilometers (80 miles) from Münster, several men were found to have abused children several hundred times at a campsite over several years.

Editor's note: This story has been updated to clarify there were 30,000 potential suspects.

Again Germany is shocked by a nationwide case of organized child abuse. And again protection mechanisms failed to kick in earlier. Here's an attempt to explain why. (09.06.2020)