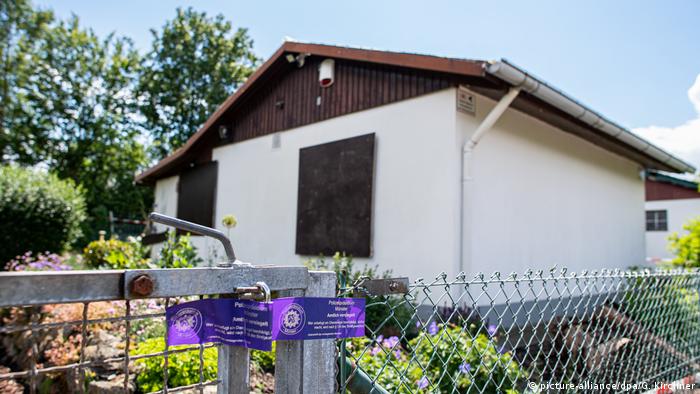 Police in Germany have arrested 11 people in connection with a nationwide child sex abuse ring, the public prosecutor's office and police in the western city of Münster said in a statement released on Saturday.

Seven of the suspects have been remanded in custody, including a 27-year-old man – an IT technician, and his 45-year-old mother.

The arrests were carried out in the states of North Rhine-Westphalia, Hesse and Lower Saxony, after police uncovered encrypted data from hard drives found hidden in a false ceiling in a basement in Münster, belonging to the young man.

Investigators said more than 500 terabytes of data were seized from what had been converted into an air-conditioned server room.

The three victims were aged 5, 10 and 12 years old. The head of the investigation, Joachim Poll, said the youngsters had been drugged before being abused for hours.

The main victim was the 10-year-old son of the partner of the 27-year-old suspect, investigators said. The 5-year-old was the son of another suspect from the town of Staufenberg in Hesse – over 200 kilometers (124 miles) from Münster.

The 12-year-old was the nephew of a suspect from the city of Kassel, a short drive from Staufenberg.

Investigators recognized him from video footage that showed him together with the 10-year-old.

Police said the 27-year-old had been in contact with pedophiles on the Darknet and offered the youngsters for abuse.

One video obtained by the investigators showed four men assaulting a boy "in the worst way," said Poll. "You could not even imagine it," he added.

The two younger children have since been taken into care.

An allotment garden in Münster is among the suspected crime scenes.

Police allege that the mother of the 27-year-old suspect gave him access to the summer house in the knowledge he would use it to abuse children.

Inside had been kitted out with video cameras and other gadgets, according to German public broadcaster WDR. It said police did not want to release images of the inside of the building.

The latest investigation follows the revelations in 2019 of serious sexual abuse taking place at a campsite in Lügde, 125 kilometers (80 miles) from Münster.

Several men abused children hundreds of times at a campsite over a period of several years.

According to the latest crime statistics issued by Germany's Federal Criminal Police Office (BKA), 2019 saw a nearly 65% increase in crime related to images of child sexual abuse in the country.

The Primate of Poland has informed the Vatican about new cases of pedophilia uncovered in a recent documentary. The Church and government are both under pressure following the revelation of what happened to the victims. (27.05.2020)

Germany should focus less on reopening for football matches and more on children and families struggling with the realities of the coronavirus crisis, Family Minister Franziska Giffey told DW. (29.04.2020)