The Primate of Poland has informed the Vatican about new cases of pedophilia uncovered in a recent documentary. The Church and government are both under pressure following the revelation of what happened to the victims. 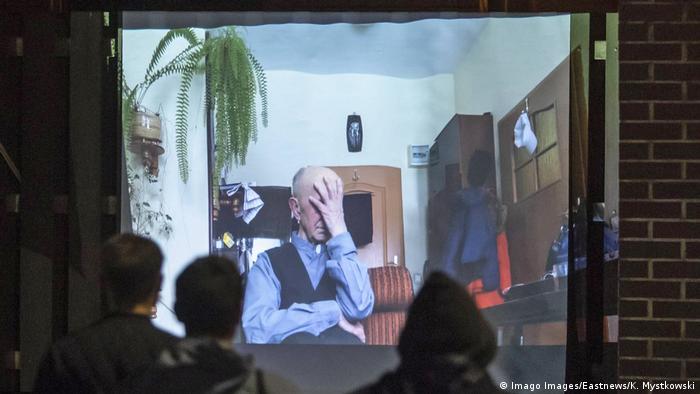 Jakub and Bartek Pankowiak grew up in the small town of Pleszew in central Poland. Their father was the church’s organist and the parish priest Arkadiusz was popular with young people. He was a frequent guest at the Pankowiak’s house.

But when their parents’ backs were turned the brothers say Arkadiusz would cuddle, caress and kiss their sons. Bartek and Jakub were appalled, but did not confide in anyone for years about what had happened to them.

They were not the only victims. Arkadiusz stands accused of abusing dozens of boys in Pleszew in the 1990s, and bishops made numerous attempts to cover up his alleged actions.

Jakub and Bartek have opened up about what happened to them in a documentary “Hide and Seek,” directed by Marek and Tomasz Sekielski. It’s the second time the filmmakers have shocked Poland with revelations of pedophilia in the Church, having released another film last year exposing similar crimes.

Now the pressure is building within Poland for the Vatican to launch an inquiry.

Confrontation with their abuser

It was only 20 years later that Jakub and Bartek were able to muster the courage to track down their abuser and look him in the eye. "What do you think a child feels when he's being French kissed behind closed doors?" Bartek asks the priest in the film.

Their conversation is being filmed with a hidden camera. "I remember that I touched you intimately and felt your erection — that you touched me, too, and gave me presents in exchange," Bartek goes on. The priest doesn't respond to the accusations. He does, however, say that he feels "guilty before God," and that he prays every day.

Bartek and Jakub also visit a nun who knew what was going on back then but never tried to protect the boys. During the young men's visit she appears confused. She tries to explain, in broken sentences, that there was nothing she could have done at the time.

It wasn't easy for Jakub Pankowiak to go public with his story. Now 35, what he found most difficult was telling his daughter. "I feel relief — I've thrown off the burden. Unfortunately, I had to do it publicly; there was no other way." He says he "takes no pleasure in the thought that the priest may now end up behind bars." The whole of Poland has learned of his guilt; Jakub feels that is "punishment enough."

The filmmakers found dozens of the priest's victims in Pleszew. He was confronted by the parents of one victim in 2016. Arkadiusz acknowledged his guilt: "I am aware that I upset your son," he said, promptly adding that it was "the fault of the Devil, who destroys all that is holy in people." He also says the bishop knew all about it. The conversation was recorded.

When Bishop Edward Janiak found out about the meeting, he suspended Father Arkadiusz immediately. "Health problems" were the official reason. There was no investigation by the ecclesiastical court. Four years later, after the film premiere of "Hide and Seek," blame for the cover-up was shifted onto the victims. A statement by the Diocese of Kalisz, to which the town of Pleszew belongs, said that the victims should have reported the abuse themselves; the Vatican would then have been informed. No apology was forthcoming from Bishop Edward Janiak.

Since the film premiere, though, there has been growing public pressure — as well as pressure from within the Church. The Episcopate recently announced that Bishop Janiak will not be making any major public appearances from now on. At the ordination of new priests at the Kalisz Cathedral last Saturday (23.05.20), he was replaced by another bishop — who, media reports claim, also covered up abuse for years. This bishop told the newly ordained priests that the sins of the clergy caused him pain — but that in certain situations the appropriate response was to remain silent. Journalists who wanted to report on the event were not allowed inside the church. 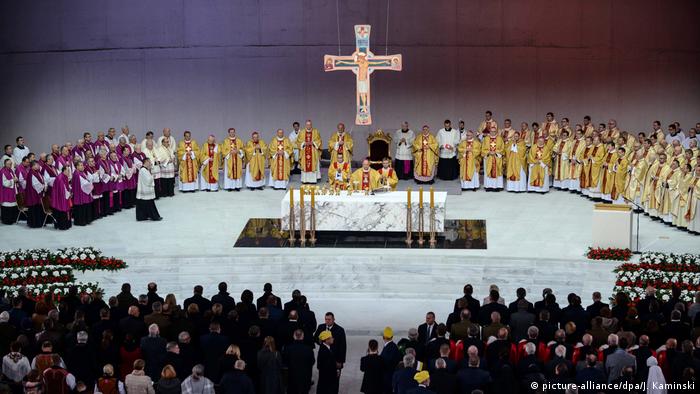 Officially, the Polish Episcopate is scandalized. The Primate of Poland, Wojciech Polak, has called on the Vatican to investigate. He also did so a year ago, when the Sekielski brothers' first film was released — but so far there has still been no investigation into cases of abuse in the Polish Church. In 2019, the Church was pressured into releasing a report that said there had been almost 400 such cases since 1990. It did not, however, name the priests responsible; nor has there been any information on the number of cases that have come before either ecclesiastical or civil courts.

Current surveys indicate that more than 70% of Poles want the authorities to take tougher action against pedophile priests. Demands for a comprehensive investigation are also being heard more and more frequently in religious Catholic circles, too. 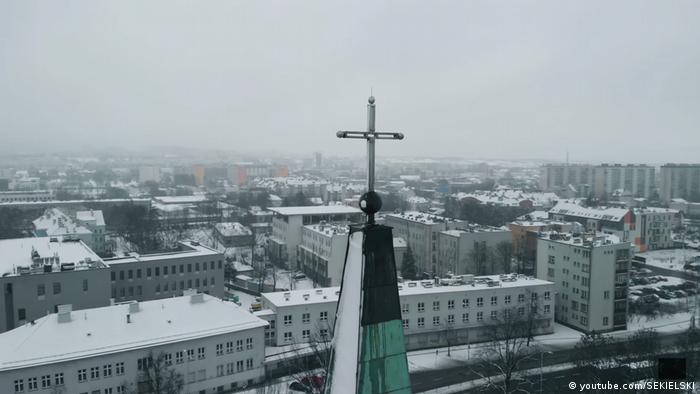 A screenshot from Tomasz Sekielski's 2019 documentary Tell No One

The heated debate about the Sekielski brothers' documentary, which has now been seen by almost 6.5 million people on YouTube, has forced the authorities to respond. The national prosecutor's office announced that an investigation into Pleszew's Father Arkadiusz was opened in the autumn of 2019 and is ongoing. The ruling PiS party wants to set up a committee of inquiry. However, this would not specifically examine pedophilia in the Church, but in all sectors of society.

The Polish parliament has rejected a demand by a group of left-wing delegates for the establishment of a separate committee. These delegates are now worried that abuse by priests will only be addressed as a side issue. They claim that, in Catholic Poland, representatives of the Church enjoy special protection by the state. An example of this: Not one priest's name appears on the 2018 government register of pedophiles. This is supposedly because their actions were not among the worst cases of pedophilia in Poland.