Poland's Catholic Church has released a report admitting hundreds of clergymen abused children between 1990 and 2018. Germany's top cardinal said the airing out of past wrongs needs to be a turning point for the church. 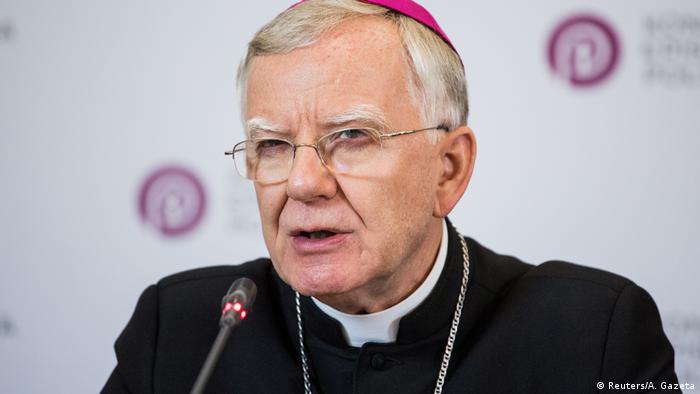 Poland's Catholic Church has published a report admitting that nearly 400 of its clergy had sexually abused children and minors over the last three decades.

The Polish Bishops' Conference said the statistical report, which covers the period between 1990 and 2018, found that 382 clergy sexually abused a total of 624 victims, including 198 under the age of 15 and 184 adolescents between the ages of 15 and 18.

"We know that this is still only the tip of the iceberg," Jesuit Adam Zak, the Polish episcopate's coordinator for child protection and youth, told reporters at a press conference in Warsaw on Thursday.

"The church must be impeccable and firm in stigmatizing evil. But it must... also show mercy to the perpetrators if they strive for internal transformation, if they regret [their actions]," said Archbishop Marek Jedraszewski.

The report reflects findings published in February by Be Not Afraid, a charity that focuses on abuse in the church and supports victims of pedophile priests.

The NGO presented the 27-page document to Pope Francis at a summit on child abuse attended by the world's top Catholic bishops at the Vatican last month.

Be Not Afraid's report documented almost 400 cases of sex abuse by clergymen in the Catholic Church and detailed the cases of 85 priests convicted of pedophilia, another 88 whose alleged abuse has been exposed by the media and 95 others accused by reported victims.

The report also names 24 Polish archbishops and bishops accused of covering up abuse.

Unlike the church's report, the NGO's study includes the names of the perpetrators.

Interview with a survivor

Liberal opposition politician Joanna Scheuring-Wielgus, a central figure in the creation of the victims' report, on Thursday said the Polish church's report "spat in the face" of victims.

"Today the Episcopate ... defended itself as an institution, defended the perpetrators, and did not stand on the side of the victims," she said, adding that the church had failed to address the issue of compensating victims.

Archbishops speaking at the news conference emphasized that pedophilia was not limited only to the Catholic Church and that most abuse took place in families.

"Nevertheless, even if there were just one victim [of clerical] abuse, this can only bring pain and shame," Archbishop Wojciech Polak, the primate of Poland, told reporters.

Germany's top cardinal: This must be a turning point

At the same time, German bishops have been reeling with a similar crisis following a report that says 3,677 people were abused by German priests between 1946 and 2014.

Cardinal Reinhard Marx, the head of the German Bishops' Conference, said Thursday that the church needs to make a clear "turning point" from the crimes committed in the past.

"The bishops have recognized that it can't go on like this," Marx said, adding that the conference would hold debates, which would also include members of the public, on issues such as the celibacy of the clergy.

The Munich cardinal said there was "extraordinary need for discussion," a discussion unencumbered by taboos.

"We are determined to do everything to overcome abuse in the church and provide justice for the victims," he said.

The German Catholic Church is losing massive numbers of members. Nearly 360,000 people left last year alone. Many were deeply involved in their parishes but have decided to leave. Why?