Documentary on child sex abuse by Catholic priests stirs debate in Poland | Europe | News and current affairs from around the continent | DW | 15.05.2019

A newly released documentary about children who were sexually abused by Polish priests has shaken the country, bringing a once-taboo topic to the fore. Now, the Catholic Church and politicians are under pressure to act. 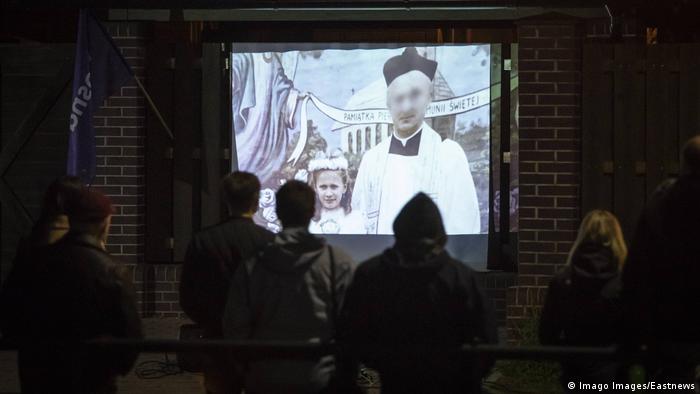 Within just three days, 11 million people watched the Tell No One documentary about children who were sexually abused by Polish priests. The film, which was made by brothers Tomasz and Marek Sekielski, premiered on YouTube last weekend. It was financed though crowdfunding after the filmmakers struggled to find a television station willing to support the project. Now their documentary, which has quickly become one of YouTube's most watched films in Poland, is making national and international headlines.

"I think there was a need for such a film; there have been more and more media reports on this topic lately," Tomasz Sekielski, who directed the documentary, told DW.

As 90% of Poles adhere to Catholicism and priests in Poland are still held in high regard, particularly in the countryside, the film has sent shock waves throughout Polish society. Not only because of the harrowing tales of abuse retold by former victims, but also because the film reveals how victims were ignored, disbelieved or shunned, and how perpetrators were protected by the Church.

The Sekielski brothers not only managed to get sexual abuse victim to speak on camera, but also got them to confront their former abusers. The culprits, who are now elderly, are forced to come to terms with their past conduct. After years of silence, victims finally speak out about their abuse.

One of them, 39-year-old Anna, looks her former abuser in the eye and tells him: "I was 7 or 8 years old," adding: "You touched me where you were supposed not to; my private parts." Later, she gathers all her courage and says: "Father, you masturbated [yourself] with my hands." 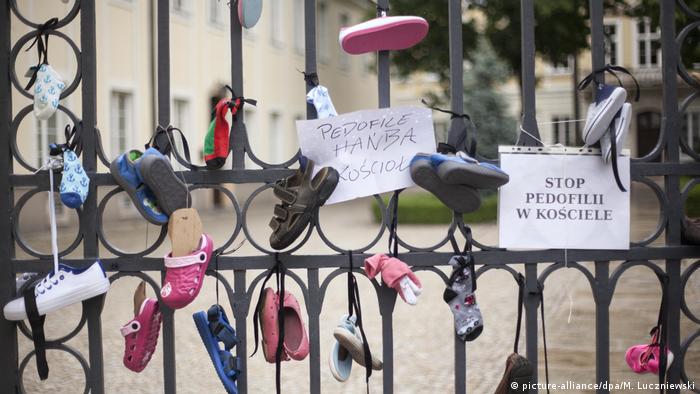 All the while, the elderly priest sits opposite her, at first looking composed. Ultimately, he places his hand on his face in shame and says: "It is difficult for me, what I did. But what now?" He tells her he regrets his actions, and prays for those he mistreated. The priest then tells Anna if she had come to him earlier, he could have compensated her. The response outrages Anna, who snaps: "No money can compensate this."

Before the film premiered, no individual within the Catholic Church was willing to comment on the project. Indeed, the movie finished by quoting an official reply by the Polish Episcopal Conference, dismissing the work as one-sided. But after the film's release, the Catholic Church suddenly changed its tune, apologizing to abuse victims.

Roman Catholic Archbishop of Gniezno and Primate of Poland Wojciech Polak even thanked to two brothers for their courage. "The great suffering of the victims pains and embarrasses me," he wrote in a letter. "I thank everyone who has the courage to tell of their suffering. I apologize for every wound caused by clergymen." Stanislaw Gadecki, who serves as the president of the Polish Episcopal Conference, struck a similarly apologetic tone.

However, Leszek Glodz, who is the Archbishop of Gdansk and considered to be among Poland's most conservative religious figures, told a journalist that he did not want to waste his time watching a "worthless" film. Several hours after his statement, politicians from Poland's social democratic Spring party showed the documentary outside his house. Spring, which was founded earlier this year and takes a critical stance toward the church, is projected to have a good chance of entering Poland's parliament after the autumn general elections. 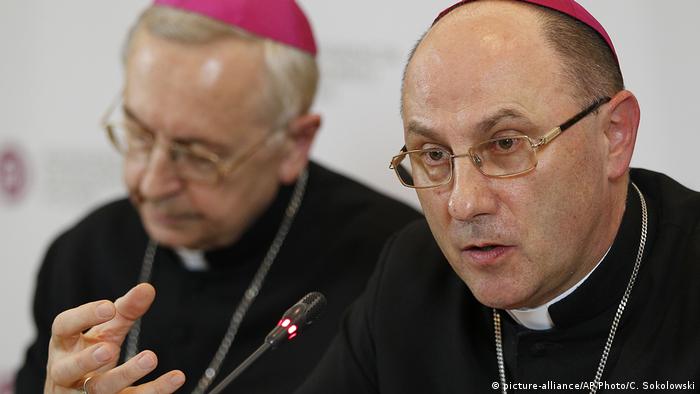 After the documentary's release, Polak (right) apologized 'for every wound caused by clergymen'

Even Grzegorz Schetyna, who leads Civic Platform, Poland's main opposition party, carefully distanced himself from the Catholic Church. "Fighting pedophilia is not a fight against the Church," he said. "But we will stop at nothing to protect our children."

Several other Polish opposition parties have demanded a fact-finding commission be established that includes former abuse victims. There are also calls to examine church archives.

Read more: With Catholic Church in crisis, one priest forges his own spiritual path

The film's release comes in the midst of a politically critical time in Poland. European Parliament elections are slated for later this month, while the Polish general election is due to take place in autumn. Voters in Poland also head to the polls in 2020 to vote for a new president.

The country's ruling Law and Justice (PiS) party, which likes to present itself as Poland's leading Catholic force, is now under pressure to take action against priests who sexually abused children. At a recent campaign event, PiS leader Jaroslaw Kaczynski hinted that abusers would soon face tougher punishment, saying: "Anyone who is responsible for children will face especially harsh penalties, whether that is a priest or a celebrity. We want to be uncompromisingly strict. But do crimes by priests mean we can now attack the Church in its entirety? And insult all Catholics? No!"

Meanwhile, Prime Minster Mateusz Morawiecki has announced new, tougher laws on abuse. In future, abusers will face up to 30 years behind bars, the statute of limitations will be scrapped for such crimes, and teens up the the age of 16 will now be deemed vulnerable.