Polish police have seized computers from an anti-racism group. The raids come as the German branch of Reporters Without Borders has accused Poland's increasingly authoritarian government of suppressing free expression. 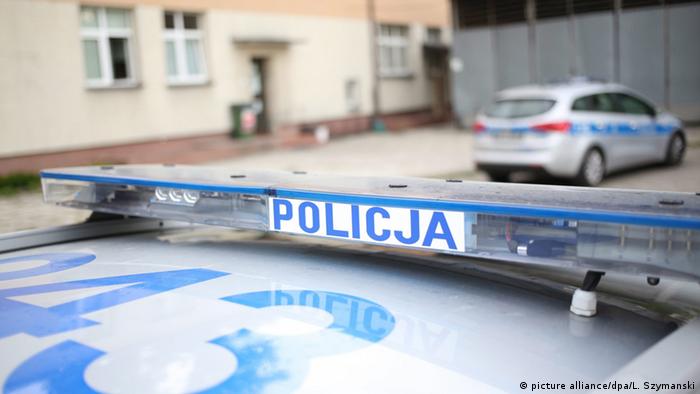 An anti-racism NGO has accused Poland's government of intimidation and suppression of evidence after early-morning raids on Friday. Civil rights advocates have said the police action is part of a larger campaign by Poland's ruling Law and Justice party (PiS) to silence nongovernmental groups.

Lukasz Janyst, spokesman for prosecutors in the city of Bialystok, said authorities ordered raids "at a number of locations in Warsaw" to investigate fraud, counterfeiting of documents and other alleged wrongdoing. The investigation concerns theater activity that the Monitoring Center on Racist and Xenophobic Behavior's leaders opened in Bialystok and have now continued in Warsaw, Poland's capital.

The center, which works to counteract racism and xenophobia, has accused authorities of attempting to turn Poland "into a police state" and launching the raids as a response to the NGO's investigation into ties between authorities and far-right groups based in Bialystok.

"It should be made clear to the government in Warsaw that it can only benefit from support money from the European Union when it recognizes the fundamentals of the community, observes press freedom and permits critical debate about its own work - including on television," said Christian Mihr, who heads the German branch of RSF.

According to RSF, PiS leader Jaroslaw Kaczynski said in a recent radio interview that private media should be "re-Polished" and German publishers must be driven from the land. RSF also noted that the government has taken de facto control of Poland's broadcasters and limited reporting on regime affairs.

"Free and diverse media are basic components of the European world order," Mihr said. "The populist smear campaign against German television broadcasters and publishers in Poland plays right into the hands of democracy's enemies."

Since PiS took power in 2015, 220 journalists for public broadcasters have been let go, forced to resign, or have seen their reach and influence diminished, RSF reported. Poland sat in 29th place out of 47 countries in RSF's 2016 press freedom rankings.

In early 2016, the government tried to place public broadcasters under the purview of Poland's treasury. That was finally ruled unconstitutional in December.

The government has also tried to diminish the reach of the Constitutional Court.