The dark legacy of sexual liberation in Germany | Germany | News and in-depth reporting from Berlin and beyond | DW | 17.06.2020

Pedophiles in the guise of foster fathers — with vulnerable young boys in their care: The Kentler Project was just one manifestation of a perverted notion of Germany's sexual liberation that goes back to the 1960s. 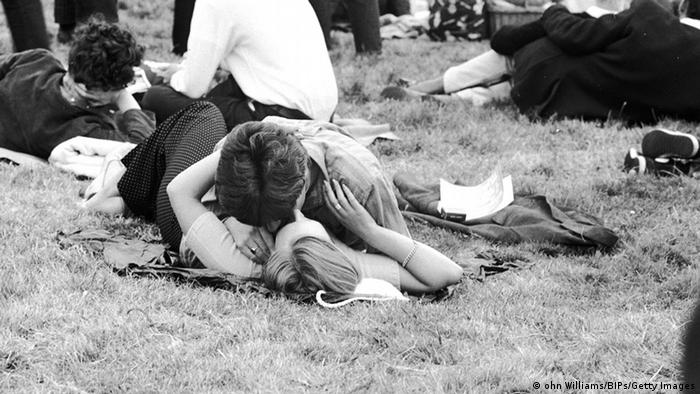 "Our lives have been ruined," says Marco. He is one of the victims of the Kentler Project, which placed homeless children with pedophile men for decades.

Marco is now 40, but you would not guess it. There are no signs, either, of the traumatic experiences he went through, beginning when he was just nine years old. From that age on, he was at the mercy of a pedophile foster father, who sexually abused him over a number of years.

What makes Marco's story, and that of many others, all the more shocking is that the Berlin authorities who were responsible for the welfare of the youngster apparently looked the other way and ignored evidence of the abuse he was suffering or, worse still, tacitly accepted what was going on.

"You can never really get over it," adds Sven, who was sent to live with the same foster father, Fritz H, a man with a criminal record.

The violence and the abuse they went through have left Sven and Marco with a profound sense of hurt. Both have struggled in later life. Both are dependent on state welfare payments.

Under the cover of academic interest

But they have not given up in their fight — a fight to see those responsible for their suffering finally being brought to justice. That will not, however, include Fritz H; The former foster father died in 2015.

Marco and Sven standing in the bright light and warm afternoon sun, in front of a restaurant in the central Berlin district of Mitte, have just attended a press conference that they hoped would at last cast some light on the structures behind the torment for so long inflicted on them and other young boys.

A team of researchers from the University of Hildesheim had published a report commissioned by Berlin's Department for Education, Youth and Family. It is the same department that had been responsible for protecting Marco and Sven.

The researchers were given access to files relating to what was called Foster Home Fritz H. It was here that Marco, Sven, and eight other boys and youths were placed in the years from 1973 to 2003. The youngsters were put into the care of Fritz H. by Berlin's youth welfare offices. 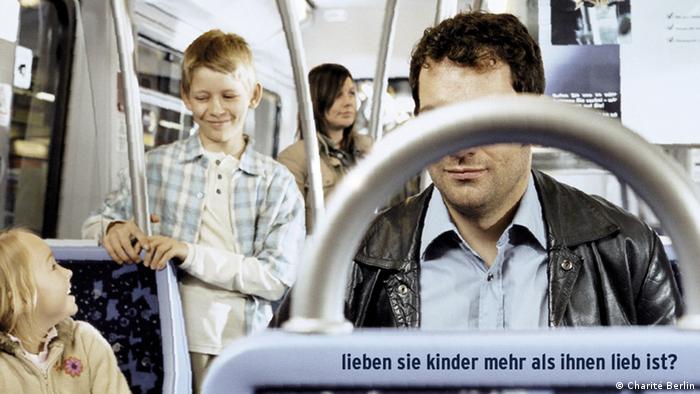 'Do you love children more than you'd like to?' — Berlin's Charite launched a campaign encouraging pedophiles to seek help.

In Germany in the 1960s, people in some circles viewed sex with children not as a taboo but as progressive.

One key figure behind such thinking was the Berlin-based psychology professor Helmut Kentler. Today, it is clear that he was nothing less than a matchmaker for pedophiles. But for a long time, he was widely viewed as a visionary and one of Germany's most prominent sexologists, or sex experts.

His books on education sold well, and he was a popular expert and commentator on radio and TV. His theory of "emancipating sexual education" was based on the premise that children are also sexual beings who have are right to express their sexuality.

Liberating children's sexuality from repressive moral strictures would help to unleash energies that would in turn lead to political protest and the true democratization of German society that Kentler believed was still necessary.

Rising up against outdated moral values

During the late 1960s, a new young generation of Germans began to ask what exactly their parents and grandparents had got up to during the Nazi Third Reich.

All traditional and authoritarian moral values were subjected to critical scrutiny. The utopia of a free and unshackled society was shared by many. In this potent mood of social liberation, the previously unthinkable became thinkable: It was suddenly acceptable, it seemed, for pedophiles to indulge their sexuality with young children.

Among those that struggled to come to terms with the dark legacy of all that 1968 stood for is Germany's environmentalist Green party.

In their early days four decades ago, they even considered advocating the abolition of Paragraph 176 of the German Criminal Code, which criminalized sexual activity with children below the age of 14.

Five years later, the Greens in the western state of North Rhine-Westphalia even agreed to push for the legalization of sex between adults and children as long as it was "consensual."

Abuse was also systematic at one of West Germany's most "progressive" schools: the Odenwald boarding school in the southwestern state of Hesse. As many as 900 pupils were victims of sexual abuse in the three decades from 1966 to 1989.

There is a link between the Odenwaldschule and the Kentler project: In both cases, it was Berlin's youth welfare offices that had sent what were seen as "difficult boys" to a place where they would suffer systematic abuse.

The current report from the University of Hildesheim has not been able to find out precisely how many youngsters were exposed to pedophile foster fathers in Berlin and West Germany. Instead, it has focussed on Foster Home H.

In an official report from 1988, Kentler gave a detailed account of how his "experiment" worked. Beginning in 1969, homeless boys were turned over to pedosexual "caretakers" for — as the perfidious system would have it — their mutual benefit. Kentler proudly commented on how he "succeeded in winning the backing of responsible local authority employees."

Read more:'If I'm attracted to children, I must be a monster'

But the vulnerable boys were not just turned over to "pedophile caretakers." The Hildesheim report is clear: "Evidence so far gathered shows that the care homes were, in fact, men living alone, often powerful and influential men (…) from academic life, research organizations and other educational contexts."

The report points to what is described as a "network" that included everything from academic facilities to state welfare offices. Under Helmut Kentler's influence, pedophile tendencies were tolerated and defended. He, too, will never be brought to justice. Kentler died in 2008.

Sandra Scheeres is the current Berlin senator responsible for the Kentler case. She has been outspoken in expressing her sympathy for the victims and condemnation of crimes she calls, "simply unimaginable." Although the statute of limitations for these crimes has expired, Scheeres has promised financial compensation for the suffering.

For Marco and Sven, it is all too little, too late. After all they say, one man suspected of having been involved in the system of abuse – the former head of a youth welfare office, is still alive. So far, though, there has been no investigation. As Marco puts it: "They didn't want anybody to be named. And they have achieved their goal. They've defended the system."