Polar bears in captivity: Does it help or hinder conservation? | Environment | All topics from climate change to conservation | DW | 29.02.2016

Polar bears in captivity: Does it help or hinder conservation? 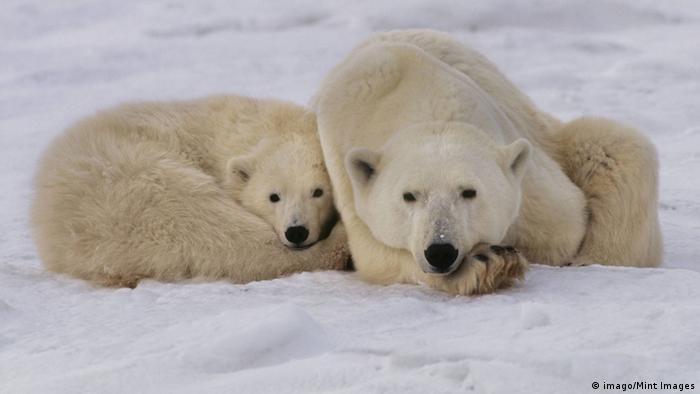 When polar bears Nobby and twin sister Nella were born in captivity in Germany in 2013, they became animal celebrities overnight. A video camera fixed to their enclosure at the Munich Hellabrunn Zoo captured their every move. And they, in turn, captured the attention of the German public and visiting "zoo paparazzi."

A question of conservation

The natural habitat of polar bears is disappearing. Climate change and the loss of sea ice are threatening these Arctic mammals, as their home melts beneath their feet. The global population of polar bears is currently estimated to be around 25,000.

Captive animals like Nobby, Amstrup adds, can evoke empathy and raise awareness about the threat of climate change these animals face: "If we don't react to climate change it is because of our lack of understanding, and zoos are key to enhancing that. Zookeepers explain to people what the threats to these animals are and try to inspire people to take action." 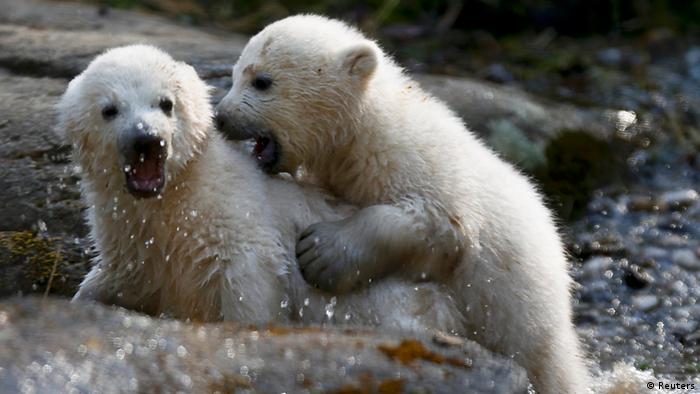 Zoo critics, on the other hand, say captivity harms the animals who suffer for the sake of entertainment value. Animal rights group People for the Ethical Treatment of Animals (PETA) says keeping polar bears, like Nobby, in captivity is only about money.

"What can people learn about the natural habitat of polar bears in zoos? Absolutely nothing," Peter Hoeffken from PETA Germany told DW. "Zoos have only one purpose: to attract visitors."

There are around 30 polar bears across 13 different zoos in Germany. PETA argues that captive polar bears suffer mental distress. "At the Munich zoo, where Nobby spent his first two years, the enclosure is very small and we weren't surprised to see polar bears there with stereotyped behaviors," Hoeffken says.

Such behavior, Hoeffken details, is reflected by a polar bear running or swimming in continuous circles, or repeatedly moving its head back and forth.

Polar Bears International's Steven Amstrup has another point of view. He says that because zoos provide polar bears with their all nutritional needs - something they’d normally have to travel for in the wild, captive bears can therefore live in smaller, more confined spaces.

"The idea that zoo animals are depressed or stressed opposes the fact that polar bears typically live far longer in captivity than in the wild," Amstrup adds.

Is there life after the zoo?

Both zoo proponents and critics agree on one thing: polar bears raised in captivity cannot be released into the wild. 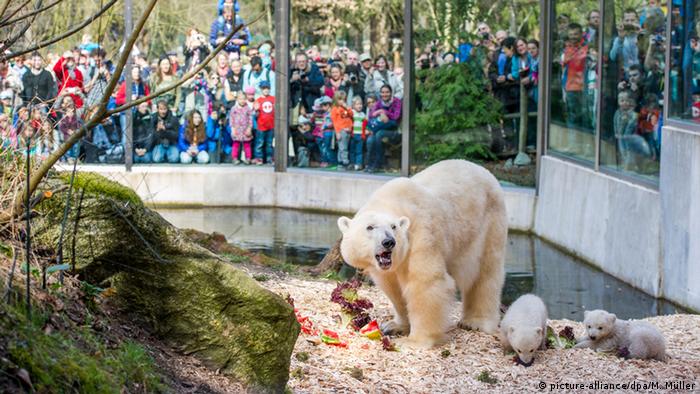 A piece of glass separates Nobby and his family from visitors

As populations decline due to the effects of climate change, genetic diversity among the species decreases. Assisted reproductive techniques, using the DNA from captive polar bears, offers some hope says chief scientist Amstrup. "We shouldn't hope to reintroduce bears from the zoo into the wild. But it is more likely that we could introduce their genes."

"Through research in zoos, we might be able to use genes from polar bears in captivity to enhance the wild population."

Zoos around the world are already developing so-called "gene banks" to protect the genetic diversity for threatened or endangered species. 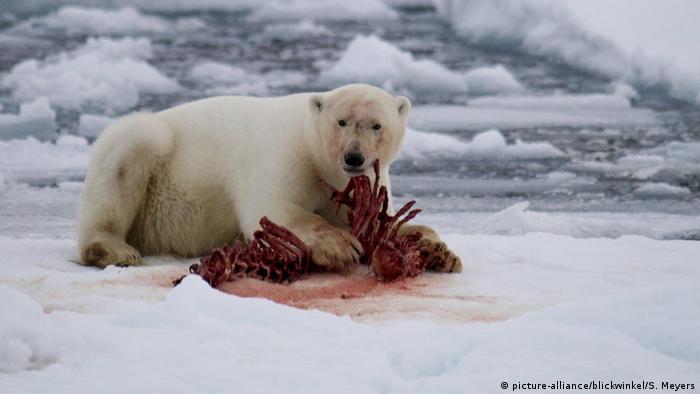 Dumbo the lovable elephant, Baloo the easy-going bear or Timon the wisecracking meerkat – attributing human features and traits to fictional animals is not new. But can it help in the conservation of real species? (03.06.2014)

Nature has equipped polar bears well for their environment - but not for climate change, a new study suggests. Yes, they can adapt to hard times. But not through walking hibernation, as scientists had hoped. (17.07.2015)