Poland′s new foreign minister aims to improve ties with Germany | Europe | News and current affairs from around the continent | DW | 16.01.2018

On his first visit to Germany, Poland's new foreign minister, Jacek Czaputowicz, has his work cut out for him. Will he be able to mend the turbulent ties between the European neighbors? 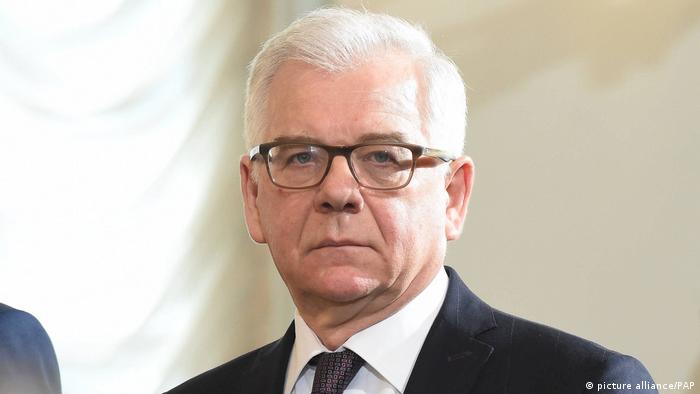 For years, German-Polish interests were defined by good relations. After the collapse of Communism in 1989, the two neighbors were able to come together to address global problems such as the war in Ukraine.

But, compared with those past times of relative friendliness, relations now are quite poor, according to Piotr Buras, head of the Warsaw branch of the European Council of Foreign Relations (ECFR). Not much is happening between Germany and Poland, he said, noting that Warsaw's current reparation demands, 70 years after the end of World War II, have only increased the diplomatic tension.

Ahead of Polish Foreign Minister Jacek Czaputowicz's visit to Berlin on Wednesday, his priorities are still unclear. His predecessor, Witold Waszczykowski, mainly saw Germany as a coveted business partner, but sought political allies elsewhere, in Budapest and London.

Upon taking office, Czaputowicz said "Germany is our most important economic and political partner; we want to maintain very good ties." It's a comment that would have been a given before 2015, when Poland's national conservative Law and Justice Party (PiS) came to power, signaling a decline in ties with Germany.

Czaputowicz is visiting Berlin on the heels of a duty call to Bulgaria, which has just taken over the presidency of the Council of the European Union. It's an unusual step, as his predecessor and other leading Polish politicians have over the past two years deliberately avoided making Germany the first stop on their initial official foreign visits.

There will be plenty to talk about in Berlin. The German government has been very cautious in its dealings with Poland since the PiS government was elected. When controversial issues did arise, including the reform of Poland's judiciary and the dispute over refugee distribution, the German government would defer to the EU. 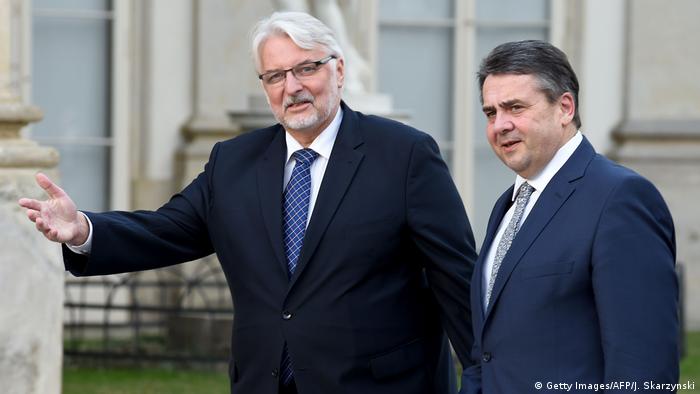 Relations cooled off even more when, in the summer of 2017, PiS leader Jaroslaw Kaczynski demanded World War II reparations from Germany. Chancellor Angela Merkel, in the midst of an election campaign, reacted by targeting Warsaw's controversial judicial reforms, saying that, as much as Germany might desire good ties with Poland, "we can't keep quiet about this."

Ever since, Polish politicians have repeatedly hinted at "unsolved" reparations while the German government regards the matter as closed — legally and politically. The Polish government has not yet made an official claim, but the issue is still under consideration.

The presidents of both countries long played a stabilizing role. Andrzej Duda visited Berlin in the summer of 2015, shortly after taking office. Duda and then-German President Joachim Gauck met several times, and Gauck's successor, Frank-Walter Steinmeier, visited Warsaw in May 2017, shortly after he was elected president.

It seems, however, that bilateral relations aren't working quite as well on that level anymore, either. Perhaps that is due to a lack of trust. "The Polish government ruthlessly uses controversial German and European topics for domestic goals," the ECFR's Buras said. Polish foreign politics, he explained, have long been taken "hostage" by domestic politics.

Parliamentary elections are scheduled for 2019, and the PiS is intent on winning more votes from the center. They won't get far with anti-European slogans, Buras said.

That's a dilemma for Berlin. "Warsaw will show itself much more ready to compromise in many areas than before, but without giving in on key issues like the reform of the judiciary," said Buras.

Poland is closely watching the difficult process of forming a government in Germany. The PiS would have preferred the liberal Free Democrats (FDP) and the Greens in a coalition government with Angela Merkel's conservatives, in particular because these parties were critical of the Nord Stream 2 export gas pipeline — a project Poland sees as a threat to its safety.

Despite having lost favor among the Polish population because of her migration politics, however, Warsaw still views Merkel as the best choice in the chancellor's office.