Is Poland′s new government a PR stunt or an actual change? | Europe | News and current affairs from around the continent | DW | 09.01.2018

Is Poland's new government a PR stunt or an actual change? 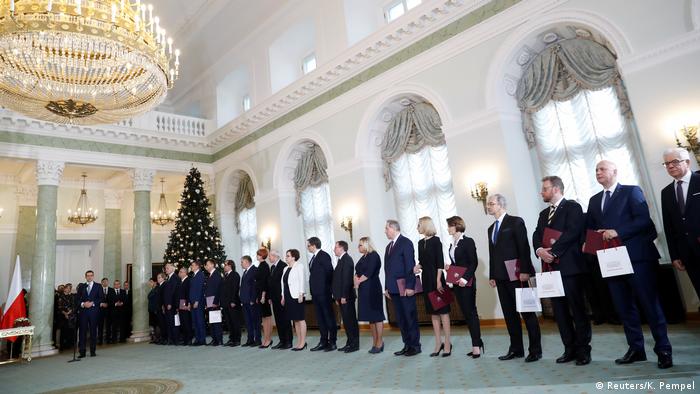 It was the first and the largest Cabinet reshuffle in Poland since the country's national-conservative government came to power the fall of 2015.

"We don't want to be dogmatic or a government of extremes ... we want to form a government that connects the economy to society and the European perspective to our local, Polish perspective," new Prime Minister Mateusz Morawiecki said on Tuesday at the swearing-in ceremony for the new ministers in Warsaw. Earlier, President Andrzej Duda had dismissed eight ministers. Undoubtedly, this is a political victory for Duda. Absent from the affairs Tuesday was Jaroslaw Kaczynski, the head of the Law and Justice party (PIS) and the man regarded as Poland's true ruler.

The dismissal of Defense Minister Antoni Macierewicz came as a surprise, as he was long thought to be Poland's second most powerful politician after Kaczynski. His pursuit of Communist old-boy networks, his bias toward conspiracy theories and his close ties to the archconservative broadcaster Radio Maryja made him a figurehead of national Catholic circles.

But it seems he overestimated himself in the months-long conflict with the young president, who is also the army's supreme commander. Perhaps his dismissal as well as the surprising change at the helm of the government in December were part of a deal between Duda and Kaczynski: a new prime minister, a Cabinet reshuffle and a move away from the right fringe to the center in exchange for the president signing controversial legislation reforming the judiciary. Duda, often mocked as Kaczynski's puppet, showed that he understands the basics of political deals. 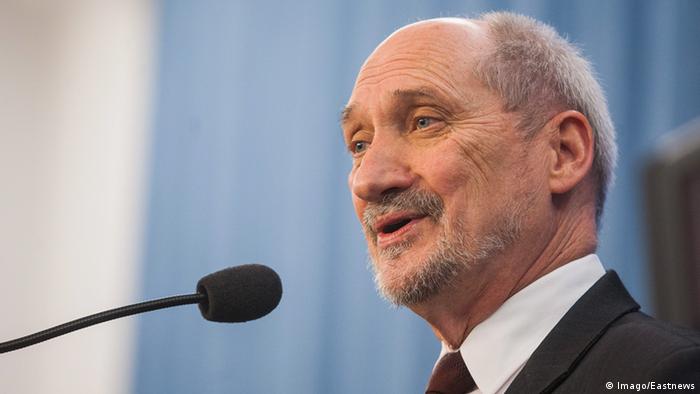 Experts instead of ideologists

The new faces at the Cabinet table, including Foreign Minister Jacek Czaputowicz, Finance Minister Teresa Czerwinska and Investment Minister Jerzy Kwiecinski, are not ideologues. They are respectable professionals. Kaczynski made sure, however, that loyal PiS party members are keeping tabs on the young prime minister. Joachim Brudzinski is the country's new interior minister, a post which Mariusz Blaszczak vacated to head the Defense Ministry.

Beata Szydlo, formerly prime minister and now deputy PM, appears to be designated to keep an eye on Morawiecki. At the same time, she is being set up as a potential challenger to Duda in the next presidential election: an admonition and disciplinary measure for the incumbent.

The timing for the Polish government reshuffle doesn't appear to be arbitrary. In 2017, the European Commission launched disciplinary proceedings against Poland over concerns about new PiS laws. Various EU representatives even suggested possibly cutting bloc funds for Poland.

The key question remains: Is this a PR stunt or a fundamental adjustment of the country's approach to governing? Clearly, both Duda and Morawiecki are moderate conservatives and pragmatists. They are the new face of national-conservatism in Poland, a ray of hope for a country struggling with a political divide. Brussels would be well advised to use this chance for a new beginning rather than hold on to threats. The same is true for Germany. The new Polish foreign minister has already announced his first foreign trip will take him to Sofia — Bulgaria currently holds the EU Council presidency — and his second to Berlin.

Germany is an important partner for Poland, he added. Perhaps the latest changes are a fresh start after all.